UK Government says it is “closely monitoring the deeply concerning case of Arzoo Raja” – abducted, forcibly converted, and forcibly married, in Pakistan and sets out what it is doing to support reform. Meanwhile, CLAAS Human rights are being violated on a daily basis by the law enforcement agencies and the government is not paying attention. Think of the theft of young teenage girls like Arzoo Raja, Farah Shaheen, Huma Younus, and Maria Shahbaz and ask yourself what would you say or do if this was your daughter or your sister. 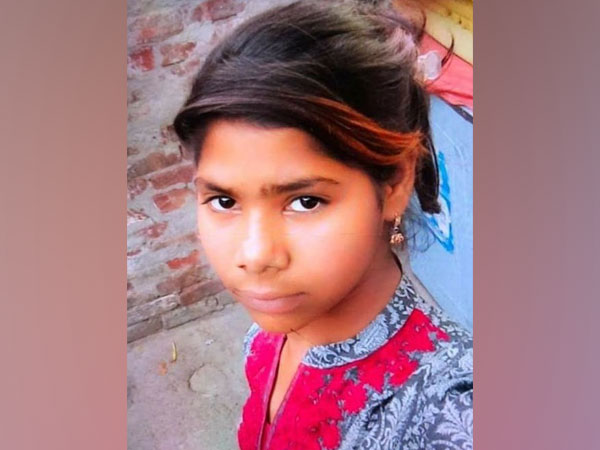 In parliament, on  nearly a dozen occasions in the past few weeks, and, over the years, around forty times, I have raised the issue of forced conversions in questions and speeches.  In recent months I have also written letters to the authorities in Pakistan and to U.K. Ministers, hosted a Webinar on the subject, and raised it in three meetings with U.K. Government Ministers.

I also had a long conversation with the parents of one of the abducted girls. It is heart breaking for any father to listen to another father describe what has happened to his daughter. No family should have to endure such suffering.

Those of us with a platform and a voice have a duty to go on raising  our voices  on behalf of those who are unheard and whose families have been robbed of their loved ones. Think of the theft of young teenage girls like Arzoo Raja, Farah Shaheen, Huma Younus, and Maria Shahbaz – and ask yourself what would you say or do if this was your daughter or your sister.We must go on doing so at every opportunity  until the heinous theft of young girls lives is ended.

November 30th Letter Lord Ahmad of Wimbledon, the Minister of State at the Foreign Office about the case of Arzoo Raja

30 November 2020
Dear David,
Thank you for your emails of 27, 29 October and 10 November about Arzoo Raja and the UK Government’s response to forced marriages and forced conversions in Pakistan. Thank you also for your recent parliamentary and oral questions on this important subject.
We are closely monitoring the deeply concerning case of Arzoo Raja. As you are aware, I fully share your concerns about women’s and girls’ rights in Pakistan and ongoing reports of forced marriage and forced conversion of Hindu, Christian and Sikh women and girls. The UK Government strongly condemns child, early and forced marriage and forced conversion of all women and girls in Pakistan, including from religious minorities.
We regularly raise at a senior level our concerns about Freedom of Religion or Belief, women and girls’ rights and gender equality with the government of Pakistan. Since I last wrote on 28 October, I have spoken again with Pakistan’s Human Rights Minister, Dr Shireen Mazari, on 16 November, to raise our concerns about Freedom of Religion or Belief and the protection of minority religious communities. I was pleased to see Dr Mazari’s 2 November statement on Twitter sharing that she was taking action on Arzoo Raja’s case.
Thank you also for sharing Professor Anjum Paul’s proposal on an amendment to the Child Marriage Act. I will ensure this information is passed onto officials working on these issues.
On our bilateral aid programme, we are already working to promote greater public awareness of child marriage and forced marriage and forced conversion in Pakistan. This includes support for policy reform at federal and provincial level to strengthen child protection laws to prevent child marriage. In addition, we are supporting the creation of child courts which will ensure that issues affecting children, including child marriage, are more effectively dealt with in the legal system. We are also developing proposals for a new project to promote access to justice for minorities.
We continue to urge the government of Pakistan to guarantee the rights of all people in Pakistan, particularly the most vulnerable, including women, minorities and children, as laid down in the Constitution of Pakistan and in accordance with international standards.
Yours sincerely,
LORD (TARIQ) AHMAD OF WIMBLEDON
Minister of State for South Asia and the Commonwealth
Prime Minister’s Special Representative on Preventing Sexual Violence in Conflict

A Pakistani Christian father, Asif Masih, of Gulistan Colony, Faisalabad, who is still struggling to get his daughter back from her kidnapper says the police and courts are biased, and instead of registering a case against the kidnaper and recovering his daughter, the policeman told him to forget about his daughter and be happy because she has converted to Islam.

Farah Shaheen, 12, was kidnapped, forcefully converted to Islam and married to a 45-year-old Muslim kidnapper, Khizar Hayat, in June 2020.

But her father hasn’t lost hope and is running from door to door for justice for his daughter, despite finding it very hard especially being a Christian.

Asif said that after the kidnapping, Khizar (kidnapper) took Farah to a nearby Mosque and announced that a 12-year-old Christian girl  who has now converted to Islam is married to him.

Merely three days after the abduction Khizar converted Farah and married her against her will.

Farah, who lost her mother five years ago is the second among six siblings. After her mother’s death she was the one who was raising her younger brother and sisters.

Asif said that soon after the abduction, he approached the police immediately but it was all in vain as instead of cooperating with him and getting his daughter back, the police were siding with the kidnapper, trying to protect him and refusing to take any meaningful action.

“I went to the local police station several times but it was no use. I pleaded with them to bring my daughter back but they refused to take any action against the kidnapper.

“I also wrote an application to the Central Police Officer (CPO) of Faisalabad but that too was not enough to get the attention of the law enforcement agencies. Finally, I decided to file a writ in the court following which the police registered an FIR. The entire process took about four months,” explained Asif.

Asif said that when he went to register a complaint about his daughter’s kidnapping at nearby Sarghoda Road Police Station, the police officers rebuked him, told him to leave the police station, and intentionally registered a very weak case against the kidnapper.

The policeman also threatened Farah’s father, saying that if he ever went back to the police station, they would register a blasphemy case against him and he would have to spend the rest of his life in the prison.

Asif further said that even after the registration of the FIR against the kidnapper, the police refused to take the case seriously. Instead, they started harassing him saying that he himself had hidden his daughter somewhere.

Finally protests by Faisalabad’s Christian community forced the police to produce Farah in the magistrate’s court. Farah, said in her statement that she had married Khizar of her own free will. But Farah had already been in the kidnapper’s custody for months by then, and must have been threatened as happens in these cases.

Surprisingly, the court completely ignored the fact that Farah is visibly a minor and without second thought allowed her to go back with her abductor.

Asif calls the attitude of the police humiliating and the court’s decision biased as both were favouring the kidnapper and it was only because he is Christian.

“When I visited the police station to meet the investigation officer, Mussadiq Hussain, he got angry at me for sitting on a chair. Calling me “chuhra”, a derogatory term used for Christians in Punjab,” said Asif.

He added: “He used to use abusive language and used to say that Christians are meant to clean gutters not to sit in offices.”

Asif’s neighbour, Jamal Haider, confirms Asif’s allegations. Jamal said: “Once I accompanied Asif to a village near Hafizabad to meet the young Farah. It broke my heart to see such a little girl forcefully married to such an old man. How can the magistrate allow such an incident to take place?”

Nasir Saeed, Director CLAAS-UK said the situation is worrisome as the number of rape and forced conversion cases against Christian and Hindu minor girls continues to rise because of police and judicial bias.

He added: “I am also concerned the government is not taking this matter seriously as it is the government’s responsibility to protect and ensure justice to all its citizens without distinction of race and religion.

“Ignorance and inaction from the government is encouraging the perpetrators to continue committing such heinous crimes against Christians and Hindu minor girls, which are not acceptable at any cost in a civilised world.

“While minorities continue to demand justice and legislation to protect their minor girls.

“Recently we have seen there are several cases of Christian girls like Arzoo Raja, Huma Younis, Farah and Shiza.

“We have also seen the condemnable conduct of the police and the courts, and Christians’ protest against them as the laws were ignored and the institutions that are supposed to respect and follow the laws, made a mockery of them.

“It is not just the Christians or Pakistani minorities, but the world is concerned about the treatment of minorities in Pakistan. Human rights are being violated on a daily basis by the law enforcement agencies and the government is not paying attention. Pakistan has ratified the Convention on the Rights of the Child (CRC)  and therefore it is the government’s responsibility to bring its law in line with the treaties and punish those who are committing crimes against minor girls and taking children from their parents, which cannot be accepted at any cost.

“Minorities are feeling insecure and are concerned about their future in Pakistan.”