Pakistan’s Minorities Face Lethal Persecution. Why Doesn’t The UK Government Name It For What It Is? Why Doesn’t It Use its Huge Aid Programme To Pakistan to Support Beleaguered Minorities? 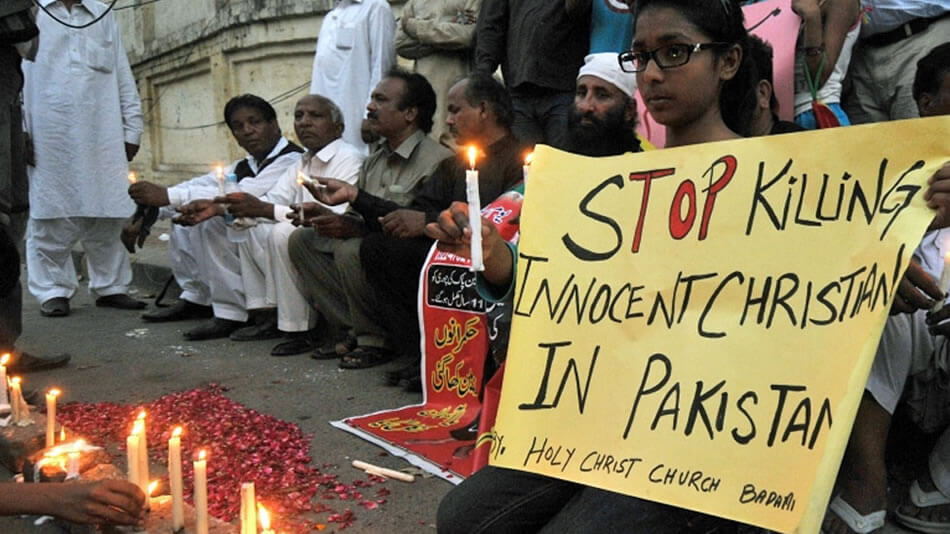 During a meeting with the Foreign Office on Monday I once again pressed the UK Government to formally recognise as persecution what is happening to minorities in Pakistan. As co-chair of the All Party Parliamentary Group on Pakistan Minorities and as a founding member and Vice Chair of the APPG on Freedom of Religion or Belief I see far too many reports like this one:

During our meeting I raised the abduction, forced marriage and forced conversion of an estimated 1000 Christian and Hindu girls every year. This is an outrage.  But it is even more outrageous that Pakistan’s authorities are content to turn a blind eye and create a culture of impunity – so at variance with the founding ideals of the country’s distinguished founder, Muhammad Ali Jinnah.

It is intolerable that the provincial authorities in Punjab do not take action to protect minorities from beatings, violent attacks, and worse.  The killings of Ahmadis and the assaults and blatant discrimination against Christians, Hindus, Shia Muslims and Sikhs is a stain on Pakistan’s reputation.  If people of Pakistan origin were treated like this in the UK I would be equally appalled and up in arms.

How a country treats its minorities, how it safeguards diversity and difference, how it builds a society in which respect and tolerance are promoted in an environment of “learning to live together”, defines the nature of that country.

Until it takes the appalling treatment of its minorities seriously the UK should formally state that Pakistan’s minorities do not simply face “discrimination” but face persecution.  The excellent Foreign Office Minister, Lord Ahmad of Wimbledon, @tariqahmadbt should be encouraged to raise this at the highest levels of the UK’s Government