Today in Nineveh the stories of two ancient communities rang out as a rebuke to the international community and its failure to protect and prevent genocide and to punish those responsible. Yazidi and Christian leaders told me “what happened to us was beyond imagination”

Today in the Nineveh Plains, and in the nearby mountains, the stories of two ancient communities rang out as a rebuke to the international community and its failure to protect, prevent, and to punish those responsible for Genocide and crimes against humanity.

I visited Lalash, the holiest place of Yazidism – an ancient religion grossly misrepresented by those who hate it and seek to destroy it.

Nearby, in Shikhan, a Yazidi town in Kurdistan’s Nineveh the Baba Shieikh  – the 87-year-old spiritual leader of the Yazidis – told me that his pleas for help from the international community had fallen on deaf ears.

2,893 women, girls and children, abducted, raped and enslaved by ISIS remain missing. He says many are living in Iraq and Turkey but even when their whereabouts is known “the Governments in Baghdad and Ankara have refused to reunite the abducted with their families.”

In one case armed Yazidi men went to a village and freed a captive girl. Without the help of a senior Kurdish military officer, the Iraqi authorities would have arrested the Yazidis, not the abductors.

Yazidis say that international organisations claiming to help them employ local staff who work with or are sympathetic to Jihadists: “They do nothing for us and we do not trust them. In one case they told an abducted terrified Yazidi child “don’t say you are a Yazidi, they will kill you.”

The Baba Sheikh says officials in Baghdad are “corrupt and complicit.” He says “five years after the horror of Sinjar we have people living in tents and camps – our betrayed people remain betrayed. This is our ancient homeland and we were here long before anyone else but today no body wants us here.”

In their history the Yazidis have experienced 74 genocides and the Baba Sheikh says “When we needed them, the international community failed us and failed the Christian minorities.

“The failure to return our loved ones, to restore our homes In Sinjar, to provide security and protection makes a mockery of all their claims to care about our betrayed and abandoned people”

He says: “We cannot achieve peace without justice. Many of the ISIS terrorists are living among us but no one is held to account. Corrupt Ministers in Baghdad are like thieves and a thief cannot apply justice.”

The Baba Sheikh described how he went to Washington to see President Obama to plead for help. “I told him we had 73 genocides directed at us. Nothing happened. Now we have had 74 and are on the verge of extinction.”

With their Yazidi neighbours, the Christians are another ancient community who face extinction. They have lived in this Mesopotamian “cradle of civilisation “ for two thousand years.

Mor Matte monastery was founded in the fourth century and sits like an eagle’s nest on Mount Alfaf – 35 kilometres north of Mosul. In 2O14, ISIS came within 4 kilometres, within eyesight and shooting distance of this Syriac mountain eyrie.  Thanks to brave Kurdish Peshmerga soldiers the attack was halted and this hugely symbolic representation of historic diversity and pluralism was saved. 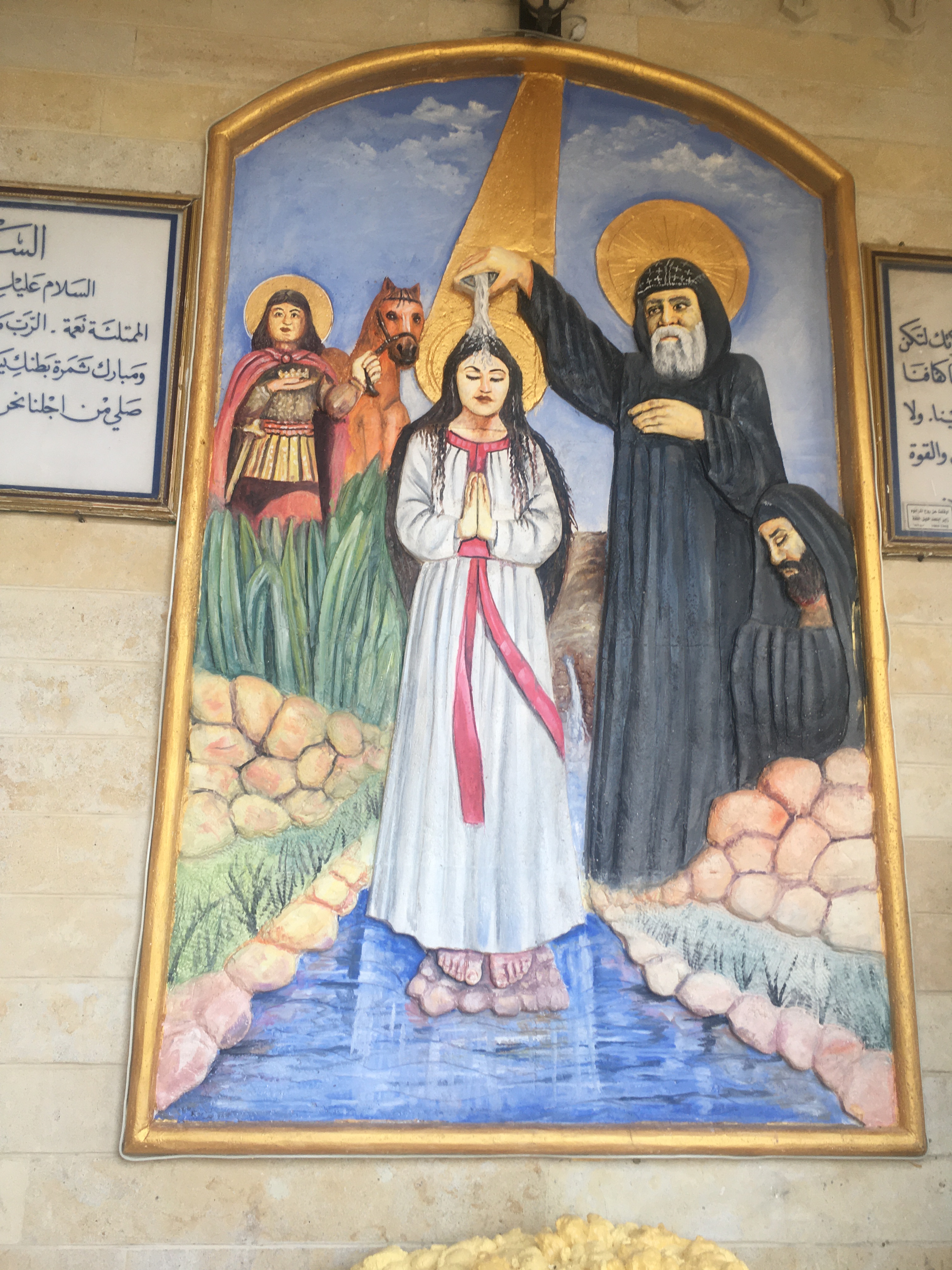 1600 years ago Mor Matte was founded as a hub for the Christian hermits who lived in a honeycomb of caves. The presence of Abbot Matte (Matthew) in one of these caves was revealed by an angel to Prince Behnam, son of King Sennacherib. The Prince’s sister, Sarah, had incurable leprosy. Matte was taken to her, prayed over her, and she was cured. She and, later, her father, were baptised and many people followed them establishing Christianity in many parts of today’s Iraq.

But the intervening centuries have not always been kind to this community and their fortunes have waxed and waned – and Mor Matte has been looted, desecrated, ruined and despoiled, always to rise again like a Phoenix from the ashes.

In seeking the destruction of this community ISIS follow in the footsteps of the Mongols and Tartars and men who have hated them, from Tamerlane to Abū Bakr al-Baghdadi al-Qurayshi, the Iraqi-born leader of ISIS.

One of the community told me “what happened to us was beyond imagination.”

Sometimes Mor Matte was abandoned for years on end but it has always refused to die.

With great resilience they say “we are now building a new facility to give hope for the future and we have created three villages for our refugees on our land, and a quarry with jobs, so people don’t have to emigrate.”

Echoing what the Baba Sheikh said about corruption, I was told  “The international community have brought us all the thieves from all over the world. What are we to think when we hear a President say “we only care about the oil.” 25 billion barrels of oil in Nineveh is a curse not a blessing. Meanwhile our people can’t even get kerosene or fuel for their homes. Our country’s assets are stripped and given to Iran or Assad. Meanwhile, a people who have experienced genocide are left unprotected as new waves of Shabak militias replace ISIS.”

Iraq is the ancient homeland of minorities such as Yazidis and Christians.

There are other vulnerable minorities such as Iraq’s Mandaeans- who are down to their last few thousand people. Theirs is a monotheistic Gnostic religion. Iraqi Kurdistan has also been home to Zoroastrianism and the Kakai faith, (Yarsanism) with synchronistic  mystical beliefs.

The deliberate destruction of these ancient religious communities is a tragedy for their adherents. It is  also a tragedy for Iraq’s majority Muslim community.

A country devoid of diversity and pluralism, unable to secure a future for its minorities, would be a less tolerant and more impoverished society for all its citizens.

I am glad that as an advocacy organisation, CSW, has been speaking out for all those who have suffered for their faith or beliefs –  and grateful to them for helping me see the situation on the ground.