Genocide always starts with a hatred and demonisation on the “Other”. Such dehumanising invariably leads on to discrimination, rape and other violence but if steps are not taken it can end in mass murder. We know these are the steps towards extermination yet the world has failed to invoke international law In the face of horrifying wrongs in current events  This Coalition is the call out for Justice and Action. –  (Baroness) Helena Kennedy QC

On Monday November 4th at 4.00pm, in Committee Room 2A of the House of Lords, the Coalition for Genocide Response will be launched in Parliament.

The purpose of the Coalition is to bring renewed energy and innovation to address an urgent human rights crisis: the failure of the international community to prevent, suppress and punish mass atrocity crimes. 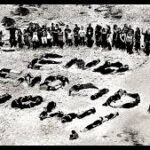 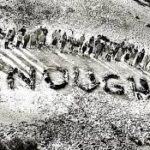 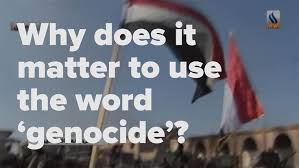 Reflecting on last week’s decision by the U.S. House of Representatives to name the killing of 1.3 million Armenians as a Genocide Dr Tohti, a former cancer surgeon from Xinjiang province in China, and who is a Uighur, said “the world must wake up to the realities of the Genocide underway against the Uighurs. Unlike the Armenians it mustn’t take a hundred years before we name it for what it is.”

Welcoming the launch of the Coalition for Genocide Respinse, CGR Patron, (Baroness) Helena Kennedy QC, said:“Genocide always starts with a hatred and demonisation on the “Other”. Such dehumanising invariably leads on to discrimination, rape and other violence but if steps are not taken it can end in mass murder. We know these are the steps towards extermination yet the world has failed to invoke international law In the face of horrifying wrongs in current events This Coalition is the call out for Justice and Action.”

Dr Gregory Stanton, founder of Genocide Watch, said: “The Coalition for Genocide Response is needed now more than ever. As Darfur, ISIS, Syria, and Myanmar have shown, we are far from stopping genocide. Human Rights NGO’s, governments, international organizations, humanitarian and religious groups must get out of their stove pipes and combine our efforts to prevent genocide.”

NOTES: Wael Aleji, is a British citizen of Syrian origin; part of the Syrian opposition; and a former member of the Syrian National Council, the first political body to represent the opposition following the uprising of 2011. He will speak about the continuing risks of genocide to minorities in NE Syria, the evidence and mass graves of Iraq, and the role of State actors such as Turkey, and genocidal militias such as ISIS.

Sir Geoffrey Nice QC was a prosecutor at the trial of Slobodan Milosevic and Bosnian Croats. He recently chaired the Independent Tribunal into forcible organ harvesting in China. He will speak about the insufficiency of the current international system to prevent, suppress and punish mass atrocities;-the need for a new organisation to campaign for new ways for states to honour their obligations under the Genocide Convention; and the purpose and benefits of the new Genocide Prevention Bill which recently received its First Reading in Parliament.

Ewelina Ochab is a Legal Researcher, Author of Never Again: Legal Responses to a Broken Promise in the Middle East and ‘Religious Freedom’ in Christianity in North Africa and West Asia, and with Pieter Omtzigt, ‘Bringing Daesh to Justice: What the International Community Can Do’ Journal of Genocide Research. She will speak on our failure to prevent, protect, or punish and why we need a new institution to breathe new life into the 1948 Convention on Genocide.

Luke de Pulford, is a member of the Conservative Party Human Rights Commission, Director of the Arise Foundation, Parliamentary Director of recent campaigns in support of pro-democracy protestors in Hong Kong and Genocide against Yazidis and other minorities in Northern Iraq.

With Ewelina Ochab, he is Founder of The Coalition for Genocide Response and will speak on why the Coalition is needed and how it will work.

The event will be chaired by David Alton (Lord Alton of Liverpool) ,a Crossbench Peer, a Patron of the Coalition and sponsor of the Genocide Prevention Bill, which recently received its First Reading in the House of Lords 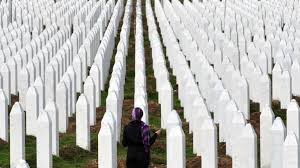 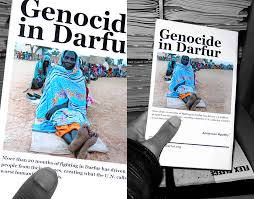 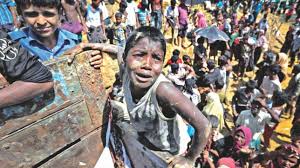 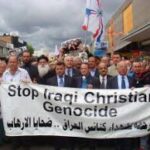 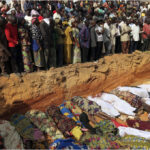 And the Greatest Crime of All: The Holocaust of the Jews 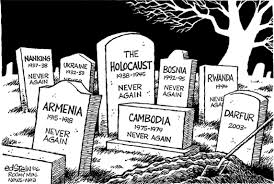