Article for The Daily Express: “Iran’s dictatorship faces day of reckoning – West must back revolt, says DAVID ALTON”
As Iran’s nationwide uprising moves into a third week the country stands at a crossroad.Why Iran’s Current Protests Should Be Understood And Those Seeking Reform Should Be Supported by the international community 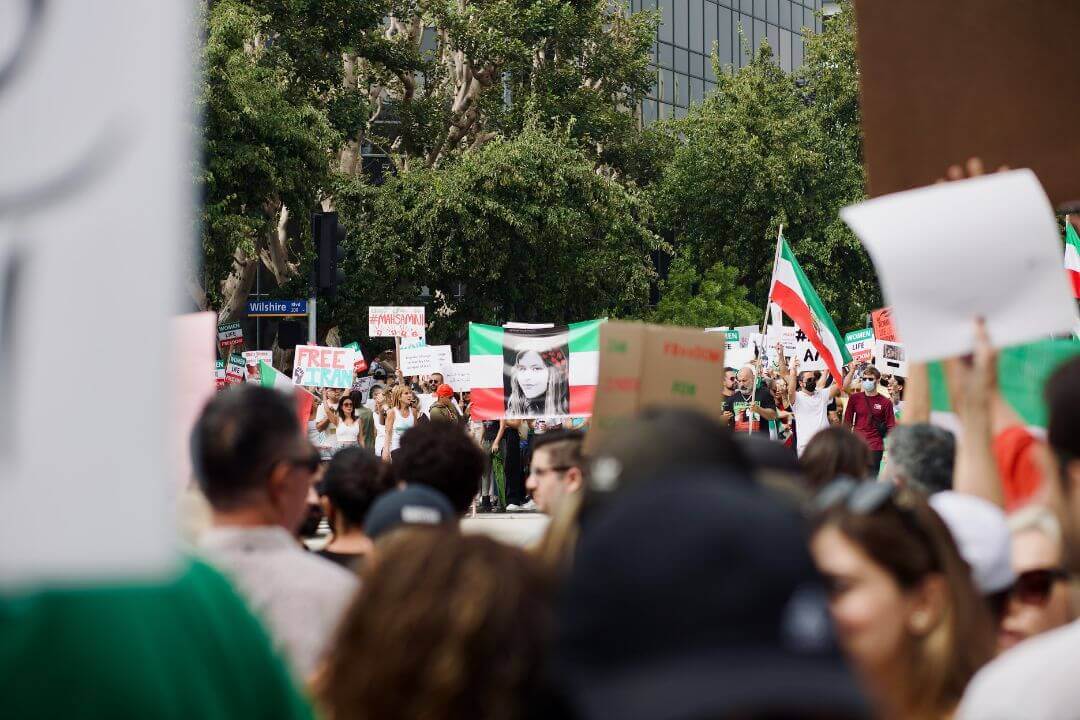 As Iran’s nationwide uprising moves into a third week the country stands at a crossroad.

Iran’s Current Protests Should Be Understood, Supported by the international community

As Iran’s nationwide uprising moves into a third week the country stands at a crossroad.

It is vital that the international community develops an appropriate understanding of the gathering momentum and fast moving direction of events.

While the initial protests were sparked by the tragic death of a 22-year-old girl following her assault by Iran’s “morality police”, the resulting outrage has precipitated widespread public rejection of the country’s leadership and the theocracy which, for the past four decades, has ruled Iran with an iron fist.

As anyone familiar with the Iranian regime would have anticipated, this brutal regime’s response has been a severe crackdown.

At the time of writing, the official figure of fatalities is 41.

However, based on information obtained from its nationwide network of activists,  the main Iranian resistance movement (the PMOI), has identified 300 deaths and 15,000 arrests of protestors.

Other sources lend additional credence to those figures. Meanwhile, the regime’s willingness to send more people to the mortuaries and prisons  has been laid bare.

Amnesty International has obtained leaked official documents which reveal plans to systematically crush the protests at any cost.

On September 30th Amnesty reported that “Iran’s highest military body instructed the commanders of armed forces in all provinces to ‘severely confront’ protesters who took to the streets following the death in custody of Mahsa Amini at the hands of Iran’s morality police.”

Agnes Callamard, Amnesty International’s Secretary General, says “The Iranian authorities knowingly decided to harm or kill people who took to the streets to express their anger at decades of repression and injustice. Without determined collective action by the international community, which needs to go beyond mere statements of condemnation, countless more face being killed, maimed, tortured, sexually assaulted or thrown behind bars solely for their participation in protests.”

Notwithstanding this heavy crackdown, the protests have shown amazing courage andresilience, signaling that, in several key respects, the current uprising is significantly different from those that have preceded it.

The sheer scale and demographic diversity of the current uprising is especially telling.

Protests have taken place in more than 150 cities in all 31 provinces.  Major cities like Tehran, Mashhad, and Isfahan – historically bedrocks of major societal change in Iran – have been the scene of major protests for the past two weeks.

Reports from the scene of these extraordinary demonstrations also tell their own story.

Protestors are drawn from all walks of life and different age groups. But with one united voice they have been calling for regime change. Theslogans target the supreme leader, Ali Khamenei, and reject dictatorship.

The sheer determination of the people, especially that of young people and women is striking.

In many cases young women have been leading the protests, turning on its head the stereotypesabout the nature of opposition within Iran.

As the protests continue it is not inconceivable that they will pave the way for a new revolution– which is why the regime, facing an existential day of reckoning, will undoubtedly utilize every tool at its disposal for the suppression of that movement.

Which is why what we say and do now matters.

While the international community cannot intervene directly in Iranian affairs, it must be more outspoken in identifying the present danger to Iranian people. It also needs to be better prepared to embrace the opportunity which brave Iranians may provide for global security and the future of democracy worldwide.

At the very minimum, Western governments, such as the UK, need to reiterate their belief in the right of Iranian people to create a more just and democratic society based on the rule of law. That right is enshrined in the Universal Declaration of Human Rights: “…it is essential, if man is not to be compelled to have recourse, as a last resort, to rebellion against tyranny and oppression, that human rights should be protected by the rule of law.”

For far too long Western powers have been much too hesitant in recognizing that the Iranian people are subjected to a tyrannical system and that they have the right to revolt against it.  Such governments should stop identifying themselves as defenders of global democracy and human rights if, as Iranians stand at this historic crossroad, they are unwilling to articulate the right of Iranians to seek fundamental change.