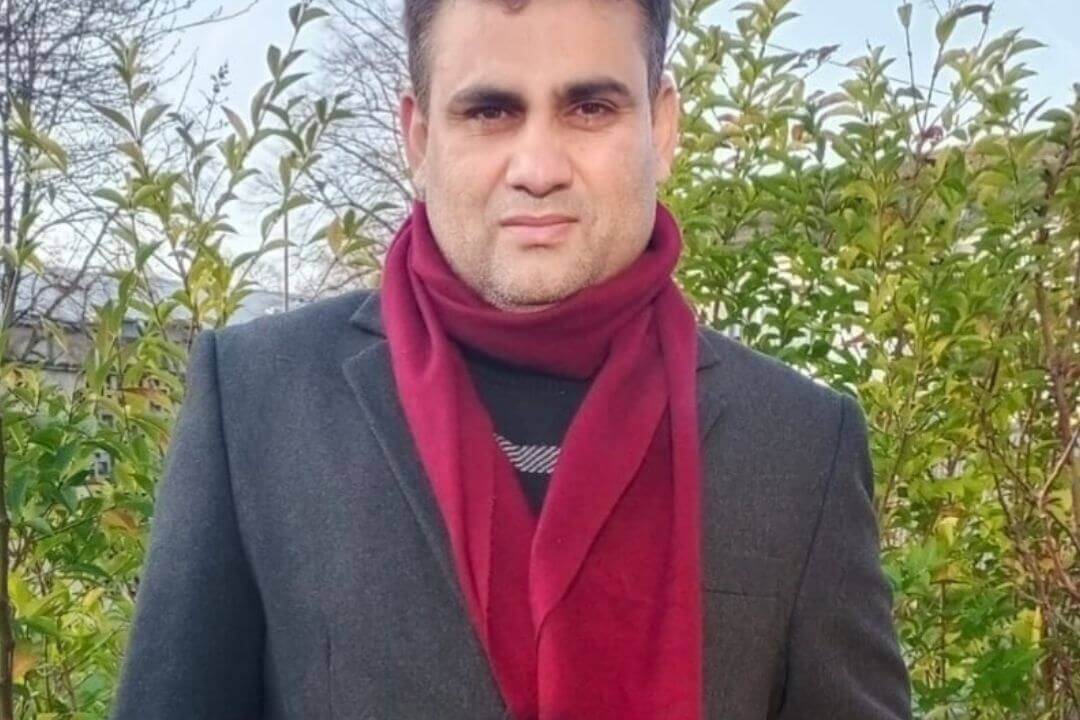 “At a time when the world is increasingly unstable and extreme, the FoRB Summit emerged as an indispensable global effort to give a voice to the planet’s most vulnerable.”

For more than a decade, Qamar has promoted freedom of religion or belief, social justice and championed the rights of faith communities. He works on the subjects of religion, politics and global society with a focus on the persecution of ethnic and religious minorities worldwide. Qamar has made oral and written submissions to numerous international bodies and writes frequently in various newspapers and international blogs.

I am a victim of religious persecution, and this tragedy has changed my life forever. Anything I write about freedom of religion is therefore colored by what has happened to me—a nightmare that never ends.

As I look at the upsurge in horrific atrocities against faith and ethnic communities, the pandemic of forced conversion and marriages, and see the widespread persecution continuing to rise, it feels like several storms are on their way to hitting us.

Christians in Pakistan gather for Christmas service. Pakistan is placed at number 8 on the World Watch List—which ranks countries based on their level of Christian persecution—a ranking considered “extreme.” (Photo by A M Syed/Shutterstock.com)

What is the matter with this world? From Afghanistan to India and Pakistan to Myanmar, we have witnessed the testimonies of tainted religious freedom, endangered democratic norms, and fractured human rights values.

In authoritarian countries such as China, Ethiopia and Iraq, minorities still face impediments to accessing COVID-19 vaccines and treatment. While religious freedom is threatened, the status and rights of faith communities are diminishing in the eyes of the world.

Today, millions of people are not only denied their right to religious freedom but also their right to education and justice simply for having a different faith. These individuals often endure the heaviest burden of persecution and oppression.

Whichever way you look at it, the respect and dignity of minorities is a longstanding issue that requires urgent attention.

A quick glance at the state of religious freedom worldwide shows that more than 1,000 Pakistani minority girls are forcibly abducted, raped and converted to Islam every year. Meanwhile, the incidents of hate preaching, misuse of the blasphemy law and religious extremism remain an imminent threat to minorities of Pakistan.

A recent militant attack on the Catholic Church in Owo, Nigeria, that left at least 50 dead indicates that nation has become a killing machine in pursuit of Christians. Reportedly, hundreds of thousands of Tigrayans have been forced to leave their homes in a violent campaign of unlawful killings, sexual assaults, and mass arbitrary detentions. Such crimes could meet the legal definition of genocide due to the specific targeting of Tigrayans, an ethnic minority. And how can we forget the escalating conflicts on multiple fronts that have displaced thousands of people in Myanmar, forcing them to seek shelter in community centers, churches, and even the jungle?

Whichever way you look at it, the respect and dignity of minorities is a longstanding issue that requires urgent attention. Unfortunately, our efforts on behalf of victims of religious oppression have never matched the extent of the crisis. To my mind, the ocean of impunity, factories of lies and mimicked rhetoric of governments are evaporating our instinct for dialogue, understanding and ultimately alliance. But the genuine tragedy remains that religious freedom is in deep crisis, and neither the governments nor faith leaders have the total answer to this frightening mess.

A member of the Chin tribe, which is heavily persecuted in Myanmar (Photo by David Evison/Shutterstock.com)

But this past July, the London Summit on Freedom of Religion or Belief (FoRB) brought together religious actors, academics, political leaders and government representatives to understand and confront the perils of the religious freedom crisis and look for solutions. They will have a monstrous in-tray!

Prime Minister Boris Johnson, in a pre-recorded video message, told delegates: “I want to see what more we can do together because it’s only through joint action and the common purpose that we will defend the rights of everyone.”

During the panel discussion, a lifelong champion of religious freedom, Lord Alton of Liverpool, highlighted the genocides of religious minorities in Afghanistan and around the world. He discussed how FoRB can be protected and upheld at a time of widespread persecution and violations.

Many of us have been crying out for a sea change in our political and social systems to bring perpetrators to justice for committing genocide against Yazidis, Hazaras, Christians and other minorities in Syria and Iraq.

At a time when the world is increasingly unstable and extreme, the FoRB Summit emerged as an indispensable global effort to give a voice to the planet’s most vulnerable.

I was incredibly honored to meet U.S. Ambassador-at-Large for International Religious Freedom Rashad Hussain during the FoRB prayer breakfast. He joined thoughtful young leaders from Nigeria and Iraq as they discussed building coalitions and working to protect FoRB.

Member of Parliament Sir Edward Leigh raised the case of Maira Shahbaz, a Pakistani girl who, at the age of 14, was abducted, raped, and forced to convert from Christianity to Islam.

I briefly interacted with Lord Ahmad of Wimbledon, Rt. Rev. Bishop of Truro, Philip Mounstephen, HE Bishop Angaelos and found them to be forward-thinking and rooted in the reality that we are exiting the emergency phase of the religious freedom crisis.

At a time when the world is increasingly unstable and extreme, the FoRB Summit emerged as an indispensable global effort to give a voice to the planet’s most vulnerable people who are struggling to be heard. There is no easy solution, but we need collaborative effort to combat the challenge.

Firstly, we need a renewed focus to advance the frameworks of religion, policy and dialogue to ensure religious freedom and associated rights.

Secondly, we must establish adequate funding to train staff of law enforcement agencies and secure judicial cooperation, as well as allocate resources to advance existing mechanisms to collect and document evidence of violations.

Thirdly, endless atrocities require robust and coordinated legal action nationally and internationally. We must consider bringing states which failed to prevent and punish perpetrators before the International Court of Justice.

The International Court of Justice, the principal judicial organ of the United Nations located at The Hague (Photo by Ankor Light/Shutterstock.com)

Finally, we cannot effectively deal with the problems of the religious freedom crisis and aggressive states until we create enclaves of democracy, resilient societies and coalitions to strike at the heart of inequality and injustice by inviting everyone to play their part.

Nevertheless, the plight of minorities around the world has shocked academics, civil society organizations and governments. We must not forget that religious freedom is not a privilege given by the state, it is an indisputable right granted to every human being regardless of religion, status or color by God. It is the duty of the state to discern the truth about religion and ensure the freedom of religion of all faith communities.

In recent years, the British government, advocacy and civil society organizations have taken every step to champion FoRB for everyone. For example, the UK established an Independent Review of Christian Persecution in 2019. The Rt. Rev. Bishop of Truro, Philip Mounstephen, chaired the Commissionand warned the Foreign and Commonwealth office that FoRB abuses are becoming worse, not better. The review calls for the UK government to implement bold and decisive recommendations.

The burden of social trauma is carried from generation to generation with tears and rage.

The Minority Rights Group International (MRGI) campaigns worldwide, and around 130 partners in over 60 countries have played a remarkable role in bringing its considerable experience, resources and expertise to bear in helping some of the most widely persecuted religions.

Furthermore, Alliance Defending Freedom (ADF) International, a faith-based legal advocacy organization has dealt with more than 1,100 advocacy matters with thousands of lawyers to protect the freedom and rights of all people. It has become a voice of generations.

In reality, minorities are chewing over several levels of trauma at the same time: personal, social and national. This also means the burden of social trauma is carried from generation to generation with tears and rage. And take it from me, they have suffered and are still grieving, seeking to think clearly and find a way forward. The storm is going to hit us soon. Let us weather it together.

For more than a decade, Qamar has promoted freedom of religion or belief, social justice and championed the rights of faith communities. He works on the subjects of religion, politics and global society with a focus on the persecution of ethnic and religious minorities worldwide. Qamar has made oral and written submissions to numerous international bodies and writes frequently in various newspapers and international blogs. 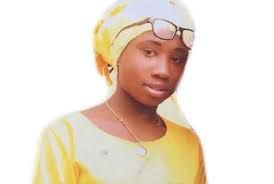 Again I have raised the case of Leah Sharibu and...