Today’s debate on Taiwan. We must stand with Taiwan against the March of authoritarianism 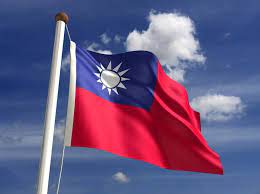 The House is greatly indented to my noble friend, Lady D’souza, for bringing this Motion on Taiwan for debate today. I draw attention to the relevant AAPGs of which I am a member and also my membership of the Inter-Parliamentary  Alliance on China and commend the work of Luke de Pulford and IPAC on behalf of the people of China and Taiwan.

I draw a careful distinction between my huge admiration for Chinese people and civilisation and the infamies of Mao and the Chinese Communist Party which is responsible for so many depredations from the mass slaughter of millions, to the Cultural Revolution and Tiananmen to its subjugation of Tibet, its disfigurement of democracy in Hong Kong, the genocide of the Uyghur people in Xinjiang and the incarceration of journalists, lawyers, religious believers, artists and political dissidents; and which, on a daily basis threatens 23 million people in Taiwan

In 2019 in Taiwan I met Lam Wing-kee and the wife of  Lee Ming-che –  Lam had been imprisoned in China for selling books – including the banned 1984 –  and Lee Ching- yu whose husband, a Taiwanese pro-democracy activist  had been arrested in 2017 while on a visit to China. He remains incarcerated.

Is it any wonder the Taiwanese people – a territory which has never been part of the People’s Republic of China – live in dread of a military invasion by the CCP; an apprehension underlined by the illegal seizure of a sovereign state, Ukraine by Putin, who as we saw at the Genocide Olympics, is a close ally of Xi Jing Ping.

Of course, the tragedy is that if two systems one country had not been destroyed in Hong Kong it could have offered hope to Taiwan. Instead of which it demonstrates their deceit in upending international treaties.

In a debate in July 2014 I urged the Government to increase our global efforts to strengthen democracy – not least via the BBC World Service –  and contrasted soft or smart power  with “a different kind of power, characterised by visceral hatred and unspeakable violence… a climate in which fragile peace and seedling democracies, from the China Sea to the Ukraine are at daily risk.”

Eight years later on February 3rd in this Moses Room I urged the Government to lead other democracies in recognising Taiwan “turning the tables on the CCP’s bullying posturing”  and warned of the implications for Taiwan if Russia invaded Ukraine.

Hae we worken up to these new realities?

When did a Government Minister last visit Taiwan?

When are we going to press for its inclusion in international institutions?

Why aren’t we making a free trade agreement with Taiwan?

We must stand in solidarity with Taiwan -a free people in a vibrant democracy. Taiwan threatens no one and believes in peaceful coexistence. Authoritarianism is on the march. By standing with Taiwan we will be leading other nations in defying it.