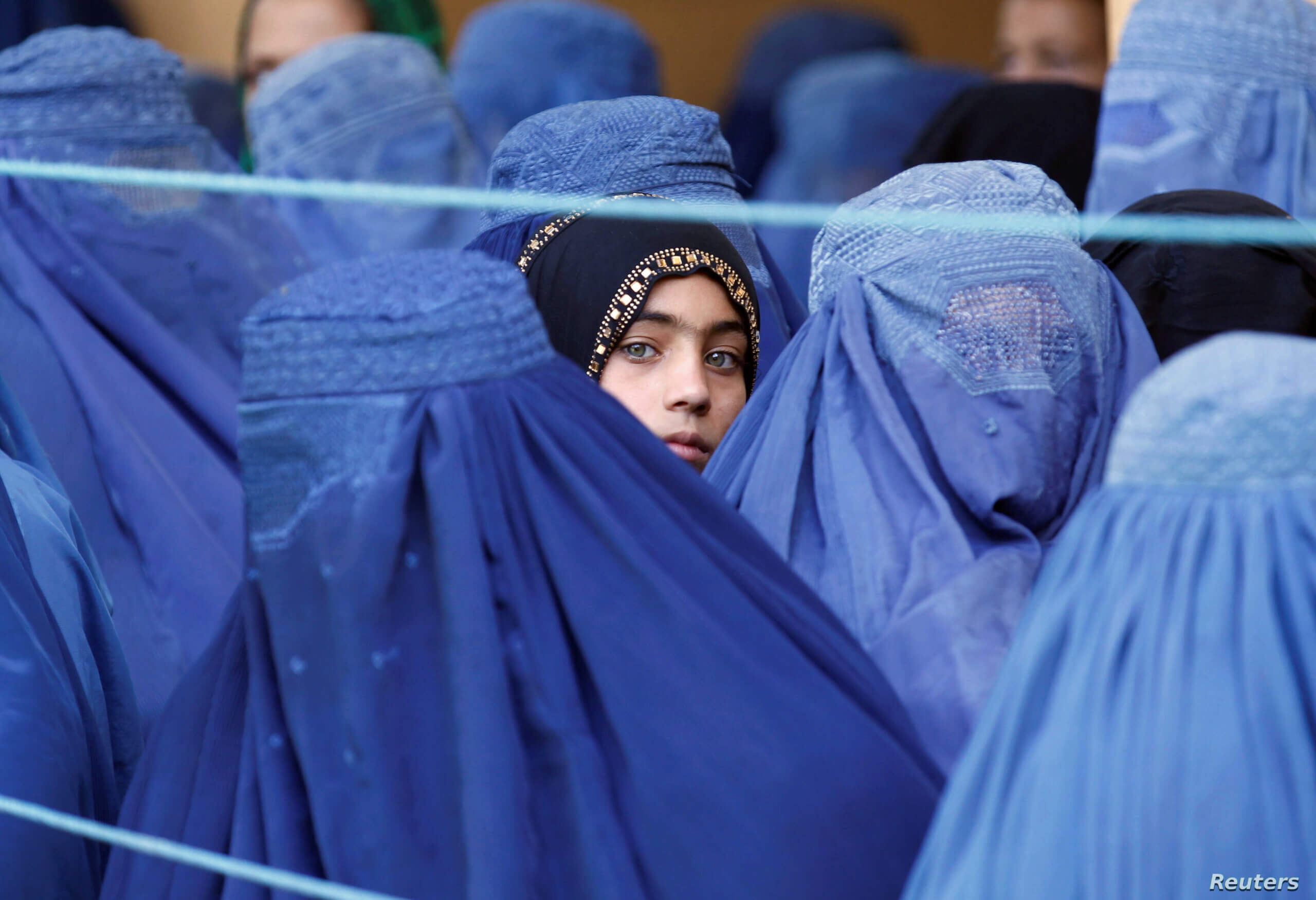 Under the notable chairmanship of Baroness Anelay of St.John – and with the assistance of a terrific secretariat – the International Relations and Defence Select Committee undertook a most rigorous and thorough examination of the UK’s role in Afghanistan and explored what the future might hold.

Referring to the Report when Parliament was recalled on August 18th last to debate the unfolding and appalling chaos in Afghanistan, I said that the failure to debate its prescient recommendations and findings had been negligent. I repeat that today.

The Report excoriated the Government for showing ”little inclination to exert an independent voice…” and its criticised the US for “undermining NATO unity.” It insisted that troop withdrawal
“runs contrary to the UK’s objective of securing a durable negotiated settlement” which had “the potential to further destabilise the security situation in Afghanistan.” So, let no-one say it was impossible to foresee the disastrous debacle that was coming.

Among the long-term consequences that we now have to deal with is a weakened America – or at least the perception of American weakness emboldening a host of aggressors who threaten the liberal world order.

The ill-thought-out abandonment of Afghanistan has damaged alliances and networks and had a chilling effect on vulnerable people bravely upholding human rights and the rule of law in fragile States.

Having seen judges and lawyers- some of whom I met this earlier today with Baroness Kennedy- and public servants, journalists and teachers abandoning their homes and fleeing for their lives from Kabul they ask will they be next.

Bullies retreat when met by strength and resolve and advance when they sense weakness.

And, of course, abandonment has emboldened the Taliban who, along with all their other distortions they would apply to Afghanistan the words of Ernest Hemingway in “For Whom the Bell Tolls” –“ if we win here, we will win everywhere”

One of the Inquiry’s most authoritative witnesses was Hussain Haqqani, Pakistan’s former distinguished ambassador to the United States .While Kabul was being taken by the Taliban he said “ what is happening in Kabul will not stay in Kabul. Radical Islamists, armed with the powerful narrative of driving out two superpowers through jihad, will challenge the American-led order across much of the Muslim world,”’

When our admirable Secretary of State for Defence, Ben Wallace, appeared before the Select Committee in October last I asked about the findings of the Joint Committee on National Security Strategy that “recent events in Afghanistan suggest the NSC and cross government machinery that supports its work are inadequate to the task”

How have we addressed what they identified as group think; reluctance by Ministers and or senior officials to engage fully with the realities of information presented to them; and the failure of diplomacy to bring forward an alternative NATO coalition on the ground.

I have a number of other specific questions.

Just a few days ago, on January 17th a group of United Nations appointed distinguished experts reported that the Taliban are attempting to steadily erase women and girls from public life, . institutionalizing large scale and systematic gender-based discrimination and violence against women and girls, including trafficking and forced marriage.

The Select Committee Report warned that this would happen.

In evidence, to our Committee we heard that since 2001, women had begun to enjoy their basic human rights, including the right to education. Women were able to enrol in higher education and pursue careers, including in the judicial system, in politics, in medicine, police and armed forces. The committee found ‘considerable improvement in the participation of women in Afghan society, politics and the economy since the fall of the Taliban administration in 2001, particularly in urban areas.’

The Taliban often use a metaphor about clocks and time. As the clocks are turned back, will the rights of women be a priority for any engagement on Afghanistan and a condition for recognition – especially the use of UK aid which can so easily end up lining the pockets of corrupt men?

The Committee also raised Article 18 of the UDHR and its insistence on freedom of religion or belief.

In his evidence Lord Ahmad of Wimbledon said the Taliban’s “ideological philosophy” needed to be addressed.

We asked for further information said the then Afghan Government were seeking to create space for moderate Islamic scholarship and ulema.

What will happen to this now?

We were told about the Minister’s welcome Declaration of Humanity – and especially its call for multiple faiths and beliefs to unite in a common front to challenge damaging societal norms. What is the FCDO doing to prioritise the Declaration.

Last week Open Doors, in its World Watch Review ranked Afghanistan, for the first time in 20 years, as the most dangerous place in the world to be a Christian reporting that
‘Men face ridicule, imprisonment, torture, sexual abuse and potentially death because of their faith. Men and boys also become targets for militias seeking to coerce them into joining their fighter groups…women can be sold into slavery or prostitution, beaten severely, forced to marry a Muslim (in an attempt to re-convert them), or sexually abused.’

Since the Taliban came back to power their community have had to flee or go into hiding with the remnant living in acute danger with the Taliban actively hunting them down .

The plight of the Hazara Shias is no better.

The committee report found that the Shia Hazara minority were “regularly subjected to targeted killings, violence, and discrimination based on their ethnic and religious identity”. The Afghan government and the international community’s response had “been largely inadequate or missing altogether”.’

Subsequently, in August 2021, Amnesty International published a report shedding light on the mass killings of the Hazaras by the Taliban.

Around the same time, the United States Holocaust Memorial Museum published a statement on the risk of crimes against humanity and even genocide against Hazaras.

Has the Government carried out its Treaty Obligation to conduct a risk assessment of genocide from the moment that such a danger is known to exist. That is not a matter for the courts but the FCDO.

Even in 2020 Taliban’s affiliate -Islamic State Khorasan Province – was responsible for, at least, 10 attacks against Shia Muslims, Sufi Muslims, and Sikhs resulting in 308 civilian casualties.

Subsequently, in a chilling report about the Hazaras, Amnesty describes “a recent resurgence of attacks… Hazara schools and religious sites have been bombed, medical clinics targeted, and Hazara civilians murdered by the Taliban or IS-K.’

The Select Committee Report called for an urgent review of the Home Office failure – unlike other Five Eyes countries such as Canada – to include IS-K on its list of proscribed terrorist organisations. Can we have an update on this please?

Through emails and questions I have regularly drawn the plight of the Hazara to the attention of the FCDO. Last September I sent reports of ethnic cleansing of Hazara who in Daikundi were sent letters telling them to leave their homes within three days . They left with only their clothes and bare necessities; their homes given to Taliban fighters.

Our Committee Report recommends that ‘The UK should publicly champion the rights of minority communities, such as the Hazaras.’

How do we intend to do that when those persecuted on the grounds of their religion have been given no priority in the response to this terrible tragedy?

Is it any wonder that such cruelty has led to a massive exodus of refugees – adding to 84 million people displaced worldwide?

The UN estimates that some 3.5 million people are internally displaced: 80% are said to be women or children. Millions of others are dispersed throughout the region and the rest of the world.

On October 25th, I asked the Government what assessment it had made of World Food Programme estimates that 22.8 million are facing acute food insecurity, 8.7 million facing emergency levels of food insecurity, and 3.2 million children under five expected to suffer from acute malnutrition by the end of 2021.

Can we now hear if the Government agrees with those estimates?

In its response to the Report the Government said that “Afghans remain in the top 10 nationalities for irregular migration into Europe and the UK. Irregular migration is facilitated by criminals operating along well-established routes, with migrants often suffering some form of exploitation during their journey.”

Other than repelling them from our shores as some drown in the English Channel what are we now doing to give practical help?

The Minister knows that a day doesn’t pass without him and Ministers in the Home Office receiving emails from me about desperate Afghans still fleeing for their lives.

Some belong to the persecuted religious minorities. Some have worked for the allied forces or Western organisations. Some are gay. Some are journalists. Some are judges and lawyers. Some have family in the UK. They are scared, they are desperate, fleeing and fighting to survive.

While I welcome the official opening of the Afghan Citizens Resettlement Scheme, what provision is there in it for religious minorities facing existential threats? How many of the 20,000 we say we will help are already settled in the UK – and how many will actually be new cases.

And what is the current position of Afghan interpreters in third countries where they often remain at risk?

Across the region, in Pakistan, Turkmenistan, Uzbekistan, Tajikistan and Iran there are hundreds and thousands of displaced and desperate people.

While some people may be able to get on emergency evacuation flights or flee on foot to the neighbouring countries, others, including the minorities I have described, are not safe to do so.

Persecution, food insecurity, and despair will drive further displacement- which continues to be met with no comprehensive action or solution to the growing challenge.

I have some concluding questions.

At Paragraph 187 the Committee reminds its readers that “Afghanistan is the largest source of heroin in the world” and, at Paragraph 279, that Opium remains the main source of income for the Taliban, accounting for up to 65%.

We warned that narcotics, terrorism and regional instability, could all worsen, and the gains made since 2001 lost. What is the Government’s current view of that prognosis?

If our presence in Afghanistan helped us to protect the UK– where does that leave UK security now? And hasn’t the triumph of the Taliban boosted other jihadist groups and extremism in Africa and Asia?

At Paragraph 112 we welcomed “ the BBC World Service’s provision of impartial news and information in three languages in Afghanistan.”

How will that be affected by the current cuts to ODA and the consequential impact on BBC World -especially language services?

In January 2021 the Committee said ‘The Government should seek to reinforce the need for a multinational approach, and be precise about its aims, including regional stability, counter-terrorism and countering narcotics production and trafficking.’

In sharp relief, we can see the consequences of failing to do those things but, undoubtedly, though heightened and made even more difficult to address, the same challenges now face us in January 2022.

HOUSE OF LORDS Select Committee on International Relations and Defence
2nd Report of Session 2019–21
The UK and Afghanistan:
https://committees.parliament.uk/publications/4185/documents/43162/default/