The Kremlin’s Threat To Ukraine – raised at Westminster 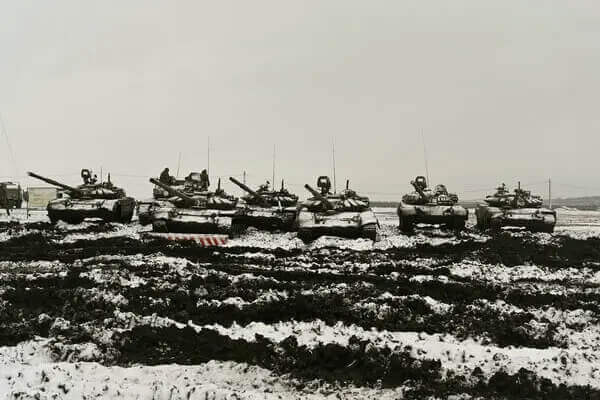 The Minister was right to emphasise the importance of respecting the sovereignty of Ukraine. In 1989, I was privileged to be in Lviv in Ukraine at the time of the pro-democracy rallies there, when they were trying to throw off the hegemony of the Kremlin. Does the Minister agree that part of the Putin narrative is the recreation of the Soviet Union and that his regime is pushing in every direction it can to try to achieve that?

“the straw man of NATO”;

in other words, this is an excuse to talk about NATO when there is a whistle blowing from the Kremlin, trying to whip up ancient hatreds.

Are we western nations not in danger of falling into the Byzantine trap? The Byzantines, when they had the enemy at the gates, were arguing about the gender of angels. Is it not important that, despite the vested interests the West has in gas, oil and the rest, we stand together and recognise what the people of Ukraine fought for in 1989 in seeking their independence and stand with them at this terrible time of trial?

I think very few people would disagree with the noble Lord’s sentiments and I thank him for his reference to the comments by my right honourable friend the Secretary of State. I think an earlier contributor mentioned his article in the Times yesterday. I thought it was an extremely helpful analysis and a very clear illustration that in the West we totally understand what is happening and see through it. I think there is a need for that candour and that rigour.

I feel that in the current situation there is a need to be absolutely focused on where the immediate threat lies. As we speak, something like 100,000 Russian military are amassed on the borders of Ukraine. That is the actual threat and that is why we have to address our thoughts to how best we support Ukraine with a variety of measures, whether that is what we were doing in supplying from the UK these weapons that can be used in a defensive capacity, whether it is that we propose to apply sanctions if anything unacceptable happens, or whether it is that NATO and the EU are united as to a response against anything that President Putin may be minded to do which, quite simply, is unacceptable, contravenes international law and is an affront to the independence and sovereignty of Ukraine.