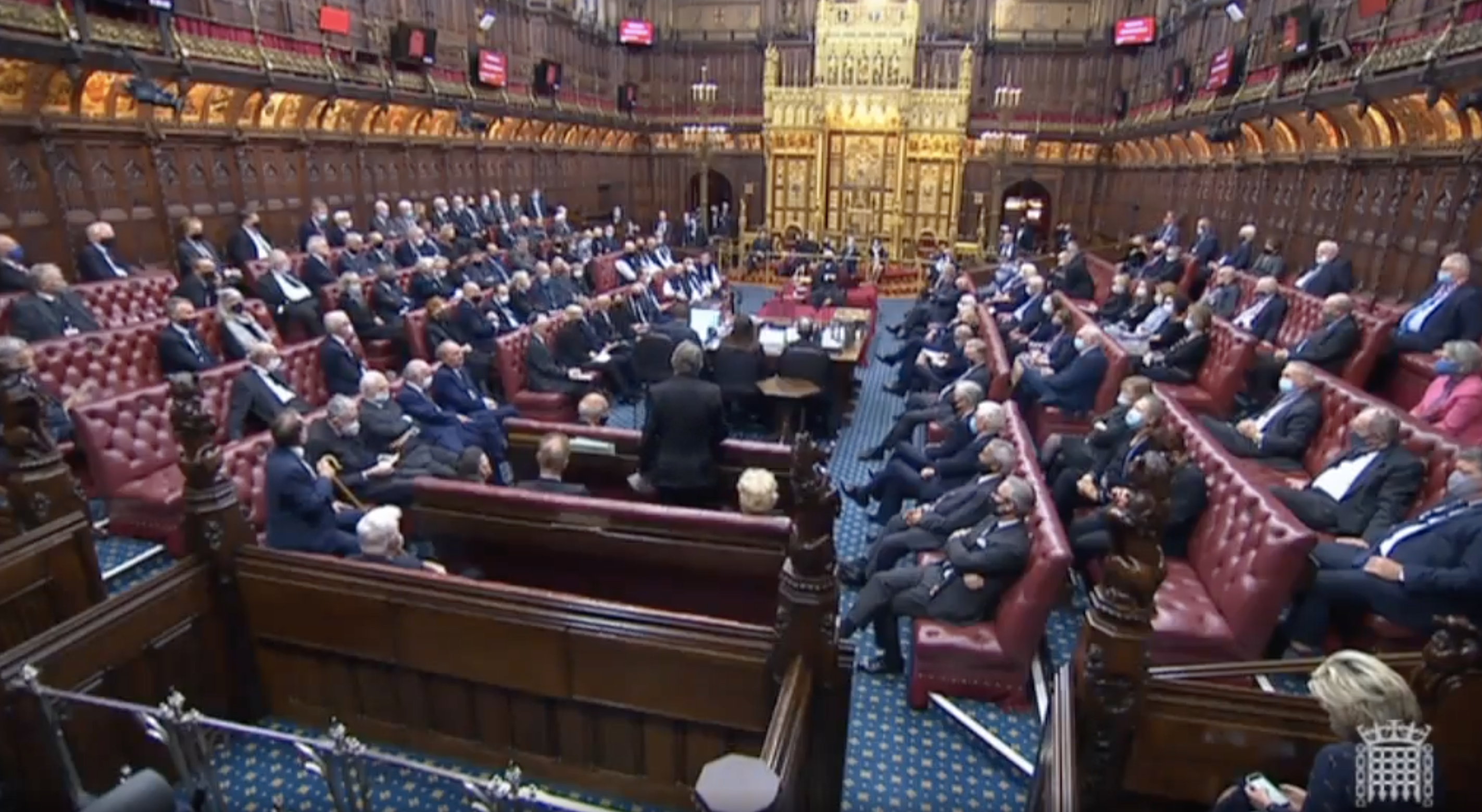 I joined my parliamentary colleagues in paying tribute to Sir David Amess MP, who was murdered on 15th October.

It was with profound and aching sorrow that I heard the shocking news that Sir David Amess MP had been murdered.

Over the past forty years David and I had become close friends and I have shared many platforms with him in his constituency and elsewhere.

We both had our working class origins in the East End of London – and, within a year of one another, were baptised in the same church by the same Franciscan priest – he often joked that there must have been something in the holy water.

My Lords, His faith was in his DNA and animated his belief in public service and in the principle of duty.

I first met David when he came into the House of Commons in 1983.

From across the House, we joined forces in taking up the case of Raoul Wallenberg, the Swedish diplomat who saved thousands of Jewish lives from the Nazis and in 1997 thanks to David’s assiduous campaign a statue was erected to Wallenberg outside the Western Marble Arch Synagogue.

There were other campaigns about Soviet Jewry; about the plight of Alexander Ogorodnikov a Russian Orthodox dissident;  and we frequently shared platforms to highlight persecution of people because of freedom of religion or belief and human rights violations, especially in Iran.

His faith informed his passionate commitment to the very right to life, to human dignity and to the common good. But it was also rooted in his absolute conviction that an MP’s first priority was to their constituents – it was the death of a constituent from hypothermia which led to his successful Private Members Bill on fuel poverty.

Typical of David’s kindness and generosity the proceeds of the book were dedicated to three charities: Endometriosis UK, Prost8 and the Leigh-on-Sea-based Music Man Project. David’s causes were rooted in the neighbourhoods and people he represented.

His commitment to direct face to face engagement with constituents was precious to him. Now it has taken his life, as it took the life of Jo Cox and Andy Pennington, and if mercifully it had not been foiled it would also have led to the loss of the life of another friend, from teenage years, the Labour Member for West Lancs, Rosie Cooper.

But as Mr.Speaker, Sir Lindsay Hoyle has rightly said, these heinous crimes must not be allowed to drain the life blood from our representative democracy. This was an attack on democracy itself.

We would be making a terrible mistake – and I know it is not what David would have wanted – for his death to simply lead to more barriers being put between the people and their representatives.

We will want to understand the killer’s motivations; to delve deeper into the failure of the Prevent programme; to understand the radicalisation which takes place in our prisons and also through the promotion of an intolerant, toxic, and violent ideologies, sometimes with the indulgence of social media. Our thoughts today should also be with every family in this country far too many of whom have lost loved ones to knife crime.

As David’s family said in a statement today: People of faith – from all the great religions – and people of no faith must work much harder to create a more respectful society which honours difference. Too often we have been in denial about the sources of the hateful threats to the foundation of a liberal, open, pluralistic, society.

As David’s horrific death demonstrates, notwithstanding all the good in the world we still have the capacity to do truly evil things.

His death reminds us of the deep seated challenges we face, above all it will have devastating consequences for his family and loved ones and my principal thoughts and prayers today are with Julia and with their children.  May this good man now rest in peace.

David Amess and David Alton with Mother Theresa and her sisters on a visit to London.