Auditor General and Health and Safety Executive asked to investigate the purchase of non-compliant, faulty or fake PPE and Sajid Javid urged to introduce transparency in multi billion deals on face masks and lateral flow devices 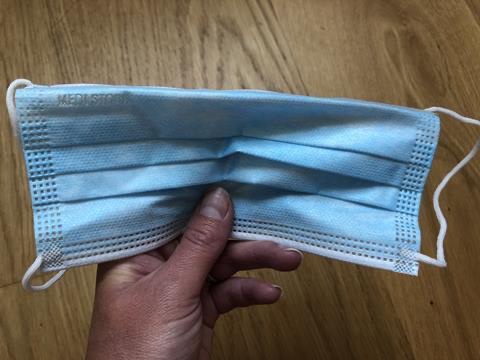 A rush to obtain PPE to protect frontline medical and care staff from Covid has not just favoured the well connected to the government, through the notorious ‘VIP’ fast-lane, it has also led to the purchase of non-compliant, faulty or fake PPE.

A BBC investigation by Phil Kemp and David Campanale https://www.bbc.co.uk/news/uk-57999162 revealed this week that one million masks supplied to the NHS as high grade did not meet the correct level of protection. Needless to say, they were made in China.

I have written to Sajid Jarvid and Lord Bethell asking that they explain how fake PPE entered the supply chain. They also need to account for how many staff – and their patients – have been exposed to this lethal virus. And I have asked the Secretary of State to instigate an inquiry into the purchase of lateral flow devices (see link at the conclusion of this post).

But it’s not just the danger to NHS workers that must be dealt with.

The Public Accounts Committee (PAC)has estimated that government departments spent around £2bn on PPE that can’t be safely used. That figure, however, seems likely to go up.

There is much still awaiting product decision and legal challenge (Pestfix on products valued at hundreds of millions, PPEMedPro on an estimated £120million, P14 visors at £120m etc etc).

Well informed observers tell me the final figure of government waste could be nearer £3-4 billion pounds.

I have therefore written to the Health and Safety Executive and to the Comptroller and Auditor General (see below) , who oversees how taxpayers’ money is spent, to ask that he investigates the losses and ensures that suppliers of fake, faulty or non-compliant PPE are chased to compensate the Exchequer for its massive losses.

It is surely also now time for the Government to publish the VIP lane contracts in full – and the outcomes of PPE delivered – whether fit for purpose or not. They owe it to staff, they owe it to patients and they owe it to the taxpayer. And maybe some of this returned cash could then go to help fund a proper pay award for nurses and other key workers in the NHS.

I am writing in connection with a BBC report into face masks: https://www.bbc.co.uk/news/uk-57999162

The BBC reported that tests revealed that a million masks supplied to the NHS as high grade did not meet the correct level of protection.

The masks, assumed to be the FFP3 type, also had invalid CE safety marking and the British Medical Association rightly said it was “scandalous” that staff working in the pandemic had been put at risk.

The Department of Health and Social Care said a strategy was in place to provide alternatives.

Tests carried out in February showed  that masks branded “Fang Tian” and marked as FT-045A distributed for use in the NHS in England failed FFP3 requirements.

The Department of Health and Social Care said that 1.12 million of the masks were either in use in the NHS or in stores when they were withdrawn earlier this year.

In February the Department said it had commissioned “independent testing” of the masks and that they would communicate the outcome “shortly”. The results were finally shared with NHS staff earlier this month.

In the letter seen by the BBC, the DHSC said it was important to “reassure” users that the masks “should have afforded protection equivalent to the level that the World Health Organisation recommends” for performing aerosol-generating procedures.

Test results showed the masks would have passed this lower FFP2 standard. But it is the higher FFP3 standard that is recommended in the UK.

You will see the concerns raised about this by the BMA’s Dr Vishal Sharma in the BBC report. DR. Sharma rightly says that “there are serious questions that need answering: how did they end up within the supply chain, let alone being distributed to hospitals? Why were problems not identified earlier? How many were used by healthcare workers before the recall, and did any staff become sick, or worse, after wearing them?”  Unison said that “Wherever (staff) were put at risk by sub-standard PPE, their employer has to investigate fully and report any incidents to the Health and Safety Executive (HSE).”.

You were quoted as saying that you are continuing your inquiries.

I assume that you will address Dr. Sharma’s question about how these masks got into the supply chain – and identify the subcontractor in China which made the masks.

I am deeply concerned that the product ordered by NHS SCCL was the FT045 mask (for which paperwork was correct) but the product which was actually delivered was the FT045A mask which had never been manufactured or tested before – a fake product – made in China by what an only charitably be described as a dodgy sub-contractor.

The consequence has been that medical staff have been exposed to a lethal virus along with patients. Every time a clinician has been passed a packaged mask, they will now inevitably ask whether they can be confident that they are using a mask that will block the virus.

I would particularly like to know whether the NHS SCCL (Supply Chain Coordination Limited) undertook safety checks and, if not, what enforcement action you are intending to take.

As it would also appear that there has been considerable material loss to the UK taxpayer I am also writing to the Auditor General and to the Chair of the Public Accounts Committee to ask what action is being taken to seek restitution of the public money used in the purchase of these masks.