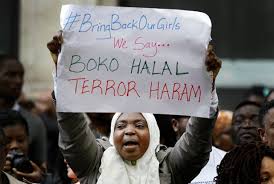 Lord Alton of Liverpool To ask Her Majesty’s Government what steps they have taken to establish what has happened to the students kidnapped by Boko Haram in Katsina on 11 December; what assistance they are giving to the government of Nigeria in securing the release of those students; what assessment they have made of (1) the statement by Abubakar Shekau claiming responsibility for the kidnappings, and (2) the impact of jihadist ideology on violence in northern Nigeria.

The abductions at the school in Katsina state mark the third major attack on an educational establishment by the Shekau Faction. In February 2014, 59 schoolboys were murdered by the sect during an attack on the Federal Government College of Buni Yadi in Yobe State. In April 2014, 276 schoolgirls were abducted from the Government Girls Secondary School (GGSS) in Chibok, 217 of whom belonged to the Ekklesiyar Yan’uwa a Nigeria (EYN, Church of the Brethren in Nigeria). While some were released, allegedly following significant ransom payments, 112 remain unaccounted for.

A faction of the Boko Haram terrorist group has claimed responsibility for the abduction of students from their school in Katsina state on 11 December, while gunmen in Niger state who murdered a pastor and abducted his wife have demanded a large sum for her safe return. Both developments highlight rising insecurity in northwest Nigeria.

In a brief audio tape sent to the Nigerian media house HumAngle on 15 December, the Boko Haram faction leader Abubakar Shekau claimed responsibility for the abduction of boys from the Government Science Secondary School in Kankara Local Government Area (LGA) on 11 December.

Shekau asserted that the action was carried out “to promote Islam and discourage un-Islamic practices as Western education is not the type of education permitted by Allah and his Holy Prophet.” The terrorist group later stated that it is holding 523 boys, a figure more or less in line with the testimony of an escapee who was made to count his colleagues, but which contradicts earlier statements by the local authorities and the federal government that put the number of missing boys at 333 and 10 respectively.

The abducted boys are reportedly being held in the Dajin Rugu Forest, the notorious headquarters of criminal gangs, which spans over 220km and stretches from the Republic of Niger to Kaduna, Katsina, Niger and Zamfara states. The kidnappings occurred within 24 hours of the arrival of the Nigerian president at his home in Daura, Katsina state, for a week-long private visit.  Earlier, an armed gang attacked Gamji village, Sabwa LGA, Katsina state, and abducted 13 people, including the village head, Mallam Falalu Galadima, during the early hours of 10 December.

Following the abductions Jigawa, Kaduna, Kano, Katsina and Zamfara states ordered the closure of schools, with some citing a rise in COVID-19 infections.

In Niger state, gunmen who attacked the Evangelical Church Winning All (ECWA) vicarage in Chikuba town in Shiroro LGA on 10 December, killing 37-year-old Reverend Jeremiah Ibrahim, are demanding N50 million (around US$26,300) for the return of his wife, who was abducted along with four other women.  The couple was visiting the area when the attack occurred.  According to local reports, Rev Ibrahim was murdered as he emerged from his hiding place after wrongly assuming the attackers had left.

Inadequate official intervention to address ongoing violence by armed men of Fulani ethnicity in central Nigeria and a concomitant proliferation of light arms has occasioned a general rise in lawlessness, which terrorist factions based in the northeast increasingly exploit. Rural banditry, which particularly targets Hausa Muslim villagers in Birnin Gwari in northern Kaduna State, and the north western states of Katsina, Niger, Sokoto and Zamfara, has evolved from cattle rustling into a relentless cycle of murder, rape, abduction and extortion by disparate armed non-state actors, largely of Fulani ethnicity.

In January 2020, Shekau released a video in which he also spoke in the Fulani language, Fulfude, and in early July, an armed group in Niger state declared its allegiance to him. Later that month, HumAngle revealed that Shekau had cemented alliances with armed groups in Zamfara state in the northwest, and was in the process of formalising relations with groups in Katsina and Sokoto states, also in the northwest, and in Adamawa, Kogi and Taraba states in central Nigeria.

Shekau has also secured the allegiance of armed groups in Cameroon, Chad and the Republic of Niger. In a video claiming responsibility for a 4 hour attack on Toumour town in the Diffa region of the Republic of Niger between 12 and 13 December, in which 28 people died, hundreds were injured and nearly two thirds of the homes were destroyed,  a masked fighter issued a warning “to all the Christians in the world: especially that Christmas is approaching, you should know we will never stop killing you.” The attack on Toumour town, which accommodated Nigerian refugees,  was described by a senior local official as being of “unprecedented savagery.”

The terrorist factions are also continuing their activities in north eastern Nigeria. On 14 December a member of the ECWA church in Dapchi named Regina was abducted as she travelled to the Gumsa market, east of Dapchi town.  Her abductors are thought to have been members of the Islamic State West Africa Province (ISWAP), a breakaway Boko Haram faction. There is also no update on the condition of aid worker Emmanuel Peter Birdling, a World Food Programme (WFP) employee who was abducted along with a police officer while on a private visit to Maiduguri on 2 December, when their respective vehicles were stopped at a roadblock mounted by ISWAP.

Current unprecedented levels of violence in the country have led to repeated calls for the urgent overhaul of the security services, and specifically, the removal of service chiefs, who have been in place since 2015, and have presided over the catastrophic slide into insecurity. More recently, there have also been demands for the president’s resignation, including from the Northern Elders Forum (NEF), following the murders on 28 November of at least 78 rice farmers from Zabarmari village in Borno state by the Shekau faction, which believed the farmers had somehow betrayed it.

CSW’s Founder President Mervyn Thomas said: “We extend our deepest condolences to the family of Reverend Ibrahim and the people of Zabarmari. CSW also joins people of goodwill in Nigeria and beyond in praying for the safe return of the abducted boys, and of all those currently held by violent non-state actors who now prey on civilians at will. The government’s continuing inability to deal decisively with terrorism in the northeast, militia activity in the centre and parts of the south, armed banditry in the northwest, and abductions for ransom nationwide, is indicative of a catastrophic failure of the entire security structure. A fresh, comprehensive and effective security strategy must be formulated and enacted as a matter of urgency in order to address all sources of violence, to ensure protection for Nigeria’s besieged citizens, and to avert the nation’s descent into failed statehood.”