What happened to the promise? December 9th Webinar – Invitation from the Coalition for Genocide Response commemorating the International Day on the Crime of Genocide with reflections on the Armenian Genocide and its contemporary implications. 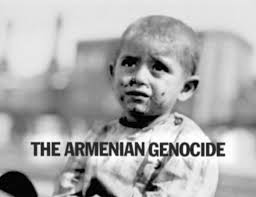 Lord Alton of Liverpool and the Coalition for Genocide Response would like to invite you to a webinar marking the International Day of Commemoration and Dignity of the Victims of the Crime of Genocide and of the Prevention of this Crime:

What Happened To The Promise?

The Situations of Armenians in Nagorno-Karabakh in 2020

The Armenian genocide took place between 1915 and 1923 when 1.5 million ethnic Armenians were arrested, deported or murdered by the Ottoman Empire. Currently, some 32 countries recognise the events as meeting the legal definition of genocide. The formal recognition of historic cases as genocide is not a matter of semantics. Such a formal recognition is crucial for survivors and their families in their efforts to move on. It is crucial for reconciliation and discovery of the truth. It is also crucial to deter similar crimes in the future, to ensure that such atrocities do not happen again.

However, as in the case of Armenians, in 2020, we see early warning signs that the practices that targeted the communities over 100 years ago in the Ottoman Empire are being reinforced yet again. The panellists will discuss the warning signs of mass atrocities and the needed responses to ensure that the Armenians are not let down yet again.

Lord Alton of Liverpool, Crossbench peer at the UK House of Lords

Further speakers to be announced shortly.

Please register here. (Link to the webinar will be shared via Eventbrite)