Primodos- decades of cover up and suffering-laid bare by the Cumberlege Review. House of Lords urged to change the law and create a Patient Safety Commissioner 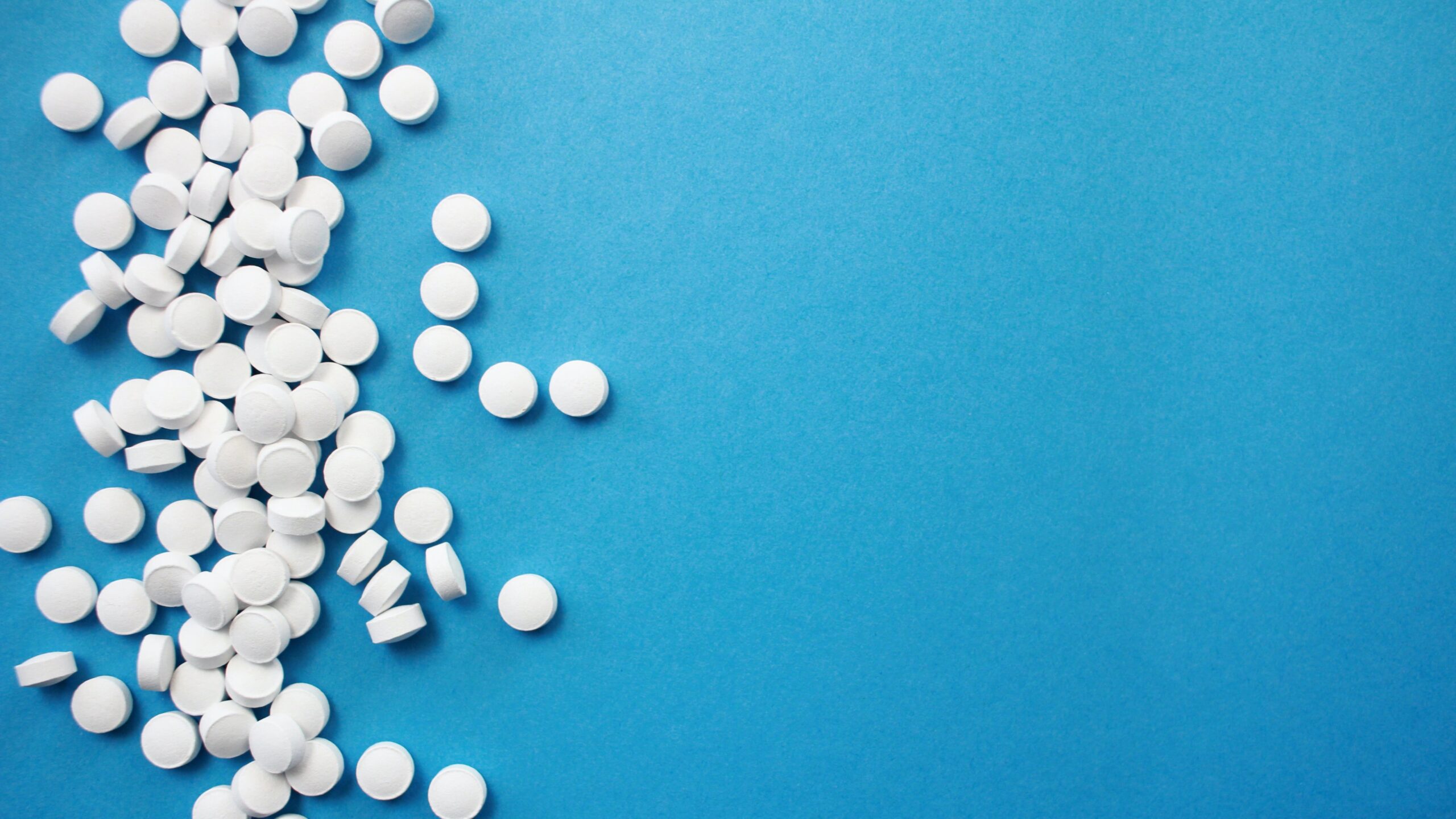 Primodos- decades of cover up and suffering-laid bare by the Cumberlege Review. House of Lords urged to change the law and create a Patient Safety Commissioner
Lord Alton of Liverpool (CB)

At Second Reading I referred to the Primodos scandal. I remind the Committee of my interest as vice-chair of the All-Party Group on Hormone Pregnancy Tests. I know that the Committee will join me in wishing Yasmin Qureshi, Member of Parliament for Bolton South East, the chair of that group, a full and speedy recovery to good health following her discharge from hospital last week, having contracted Covid-19. Ms Qureshi and I have been working with Marie Lyon and the campaign group seeking justice for Primodos victims since 2011.

I am not surprised that the redoubtable and admirable noble Baroness, Lady Cumberlege, has chosen to make, in the words of Amendment 10,

“the safety of human medicines as the overriding consideration”

the standard or battle flag to raise through these amendments. The paramountcy of patient safety is a battle flag to which anyone who has read her compelling report will flock. I concur with the remarks of my noble friends Lord Kakkar, Lady Masham and Lady Watkins of Tavistock on putting the centrality of patient safety at the heart of the Bill, but I also listened carefully to what the noble Lord, Lord Lansley, just said about the use of the word “overriding” and the need to balance conflicting needs. I do not think that there needs to be any conflict between the United Kingdom being a place that upholds patient safety as an overriding concern and a leader in life sciences. However, it might be that the words need to be considered further between now and Report.

Too often after a public outcry over something such as surgical mesh or Primodos, Governments say that they will set up a committee to carry out a review and then everything will be all right. The committee goes away, evidence is gathered and hearings take place. By the time it reports, public indignation and media interest have often moved on to some other injustice. Recommendations are politely acknowledged, those who compiled the report are dutifully thanked and, after promises are made to consider appropriate action, the report is found covered in dust on a basement shelf in a padlocked room in the department, preferably marked “Confidential”, with a get-out clause to tell anyone who inquires, “We can’t say anything because there are legal proceedings pending, but don’t worry, everything will be all right.”

The noble Baroness, Lady Cumberlege, told us at Second Reading that she had learned that attempts were being made to bury her report and to rely on the passage of time, the constant shuffle of ministerial chairs, the comings and goings of elected representatives and the shifting sands of changing priorities to assist in that task. But the people making those attempts made three serious miscalculations. The first is the noble Baroness, Lady Cumberlege. They are significantly underestimating the noble Baroness—a former Minister in the Department of Health and a highly experienced and effective parliamentarian—if they believe that they can bury her report; she will bury them first. Secondly, they have the misfortune of a Bill before Parliament—this one. It provides a legislative vehicle to give effect to some of her central recommendations. Across both Houses, in all parties and none, she has allies who will not be easily bought off. Thirdly, the House knows that it has a duty to act in response. We have heard so many accounts. I listened again to the moving testimony of the noble Baroness, Lady Burt, about victims of mesh. We have an overriding responsibility to act because of the abject failure to protect the public. As legislators we have an overriding duty to ensure that the law protects the public. Manifestly, the law has failed to do that and the amendments seek to put that right.

As we just heard from the noble Lord, Lord Lansley, and from the noble Baroness, Lady Cumberlege, herself, the noble Baroness’s report takes inspiration for its title from the Hippocratic oath: First Do No Harm. I say in parenthesis that the Hippocratic oath should be restored to a central place in the training and teaching of doctors and all those involved in the medical profession. Having systematically and sensitively investigated, winning plaudits from all those with whom she dealt, she found that  “avoidable harm” had been caused to women by the drug Primodos—an oral hormone pregnancy test—but also by the epilepsy drug sodium valproate, and by vaginal mesh.

I first raised Primodos a decade ago, in the House in Questions and in letters to the noble Earl, Lord Howe, who we heard from at the beginning of our proceedings, after a Primodos victim, a man called Karl Murphy, had been to see me at my university office in Liverpool. On Primodos, the report laid bare widespread and systemic failings, repeatedly ignored, again and again, for decades. The review rightly concluded that the system was

Despite repeated requests—I have written to the noble Lord, Lord Bethell, and tabled Parliamentary Questions—I regret that the Government have so far declined to say how and what redress will be provided. They have also failed to set out clear guidance on how those who have suffered should receive better care and support and, most notably, have failed to set out a timeline.

The Minister could put that right and tell us that there will be no ritual burial of the report. He could tell say why, as the noble Baroness reminded us, we are lagging behind the Scottish Government, who have already started to implement some of the report’s recommendations, notably the crucial appointment of a patient safety commissioner. Perhaps he could also tell us whether the Government will assist the German Government, who have finally set up a similar review after years of refusing to engage with parliamentarians or with Primodos victims in Germany.

At the beginning of this month the leaders of the SNP, the Liberal Democrats, the DUP, the SDLP, Plaid Cymru and the Green Party all wrote to the Prime Minister, urging him to implement the findings of the noble Baroness’s review. They make the point that many mothers who took Primodos, believing it would help their pregnancy, are “now elderly” and have

“lived a life wracked by guilt.”

I will close in a moment, but I was particularly pleased to hear Theresa May’s endorsement of the report. In an interview with Sky television, she said that Primodos campaigners

“deserve to be treated fairly”

and that they were not listened to. Lady May said that the Government should consider redress, saying:

“They’ve had an apology and that’s important, but obviously, lives have suffered as a result.”

She heavily criticised the health regulation system, remarking that campaigners had been

“beating their head against a brick wall of the state”

and that former Governments and healthcare professionals had tried to

“stop them in their tracks … saying that ‘You didn’t really suffer’ despite the fact that there was obvious evidence.”

Lady May said that she had ordered a second review of the drug in 2018 because:

“I almost felt it was sort of women being patted on head and being told ‘There, there, dear, don’t worry. You’re imagining it. You don’t know. We know better than you’.”

Having read the previous report of 2017 overseen by the Medicines and Healthcare products Regulatory Agency, which had said that the evidence did not support a causal association between Primodos and congenital malformations, she said:

“when I looked at the report, I felt that it wasn’t the slam dunk answer that people said it was.”

Lady May reflected that the suffering experienced was compounded because

“nobody then listened to them.”

The implementation of the recommendations of the Cumberlege report would afford an opportunity for the Government to do, and be seen to do, the right thing by patients, particularly women whose avoidable suffering has been caused by medical mistreatment over decades—all too often because of what looks like inherent misogyny on the part of male medics and a consequent trivialisation of the pain, discomfort and longer-term harm which so many women have had to endure. Parliament now has the opportunity not only to put measures in place ensuring that voices are heard in the future but to insist that an independent taskforce is appointed to implement the recommendations of the Cumberlege review without further delay. It is also a chance to bury those who have told the noble Baroness that they intend to bury her report and its recommendations. I wish her amendments well.