UK Africa Minister Responds to concerns about human rights violations in Eritrea and says he is “concerned, about the large numbers of Eritreans who continue to leave Eritrea…the continuing detention of political opponents as well as journalists; and, the restrictions placed on unregistered religious communities. 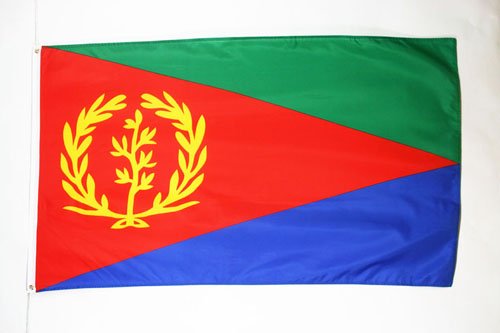 UK Africa Minister Responds to concerns about human rights violations in Eritrea and says he is “concerned, about the large numbers of Eritreans who continue to leave Eritrea…the continuing detention of political opponents as well as journalists; and, the restrictions placed on unregistered religious communities.

Thank you for your email about the UN Report on Eritrea and Freedom of
Religion or Belief, and for your work in continuing to shine a light on human rights issues
around the world.

Please accept my sincere apologies for the lateness of the reply.

As you know, Eritrea remains one of the FCO’s countries of human rights concern and,
both through multilateral fora and our Embassy in Asmara, we seek to raise human
rights concerns with the Government whenever possible. Since the peace agreement
with Ethiopia in September 2018 and the lifting of UN sanctions in November that year,
we have had some acknowledgement from the Eritrean Government of their willingness
to engage and a recognition that there is room for improvement in the area of human
rights especially around reform of national service. However, there have been very few
signs of progress so far. We noted this in our statement at the Human Rights Council on
30 June. It is clear that the Eritrean Government’s focus continues to be on their own
security in their region.

Despite this, we have been trying to reset the relationship with Eritrea to create a better
environment where we can discuss the full range of our concerns. Over the past year,
we have been able to increasingly discuss these difficult issues, and our Ambassador
has raised the closure of the Catholic health centres, the release of unregistered
Christian groups, freedom of the media and the release of detained journalists and of
course, reform of national service. We have pressed the Eritrean Government to engage
on the UPR recommendations as they acknowledge that they are prepared to work in
this forum.

You noted particular points around freedom of religion and belief (FoRB). Our
Ambassador regularly raises these issues with Eritrean Government interlocutors. He
last raised this topic on 27 August with Ambassador Gehartu, the Eritrean MFA’s Head
of Multilateral Department – he regularly represents the Eritrean Government in Geneva,
including at the Human Rights Council. At that meeting, our Ambassador lobbied for the
release of followers of the Pentecostal church. The Ambassador also raised the
continuing detention of followers of the Pentecostal church with the Minister of
Information on 7 August. The UK has welcomed the recent release of a number of
Pentecostal followers – some held for many years – and Muslim worshippers held
following demonstrations over school closures in 2018. Although the pressure applied
through our lobbying and that of other international partners is unlikely to have triggered
this release, we will continue our efforts to encourage the Eritrean Government to
release all political and religious prisoners held without trial. Respect for human rights
and democratic freedoms underpins the UK’s foreign policy and we will continue to be a
strong advocate for accountability and justice.

In general, discussions with the Eritrean Government on FoRB are difficult – they believe
that Eritrea already allows the freedom of worship (albeit limited to the Orthodox,
Catholic, Evangelical Lutheran and Sunni Islam faiths). In their view, once Covid is over,
we will see the resumption of faithful participation in services across the country.
However, we are still keen to hold a specific dialogue around greater religious tolerance
perhaps through a visit by the PM’s Envoy on FoRB, once a new Envoy has been
appointed. We raised this with the Eritrean Government pre-Covid.

The UN Special Rapporteur fulfils a vital role on maintaining a focus on FoRB and
human rights in Eritrea. Like the Special Rapporteur, we welcome Eritrea’s participation
in The Convention on the Elimination of all Forms of Discrimination Against Women
(CEDAW), their engagement through the UN Office on Drugs and Crime (UNODC)
framework to improve crime prevention and criminal justice reform and their ratification
of the eight International Labour Organisation (ILO) conventions. We are concerned,
however, about the large numbers of Eritreans who continue to leave Eritrea because of:
a desire to avoid national service in search of better economic livelihoods; the continuing
detention of political opponents as well as journalists; and, the restrictions placed on
unregistered religious communities.

Our Ambassador returned to Eritrea on 12 July following his drawdown from post on 18
April. He continues to seek openings to raise human rights. Raising cases and areas of
concern help underline the importance that we attach to respect and protection or
human rights and the UK’s role as being a force for good post-Brexit. However, alone
they are not delivering the progress that we want to see.

I hope it will be possible for our Human Rights Ambassador to visit post-Covid, as well
as the PM’s envoy on FoRB. We also need to find areas where we can encourage
positive change and engagement such as on the UPR recommendations, which Eritrea
agreed, or around areas like gender, which the Special Rapporteur highlighted. I hope
that we can maintain a dialogue with you and the wider APPG on Eritrea at this time and
perhaps encourage a visit by the group to Eritrea in the not too distant future.