Nagorno-Karabakh’s carnage – a continuation of the Armenian Genocide. 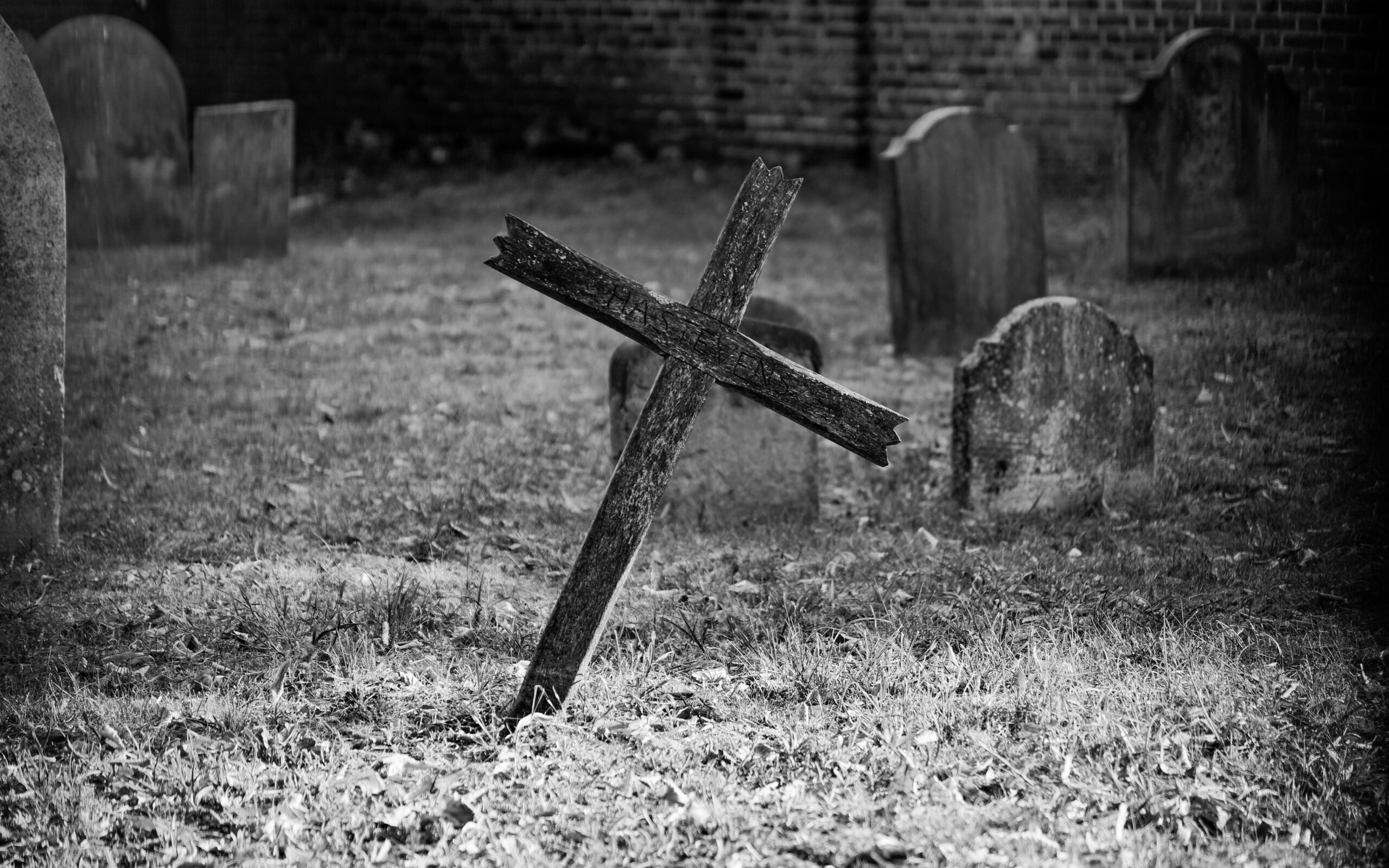 The Government was asked today, in Parliament, how Nagorno-Karabakh’s, indigenous, overwhelmingly Armenian, community see today’s terrible violence as an extension of the Armenian genocide, which claimed 1.5 million lives with international indifference leading to Hitler’s infamous remark, “Who now remembers the Armenians?” Will the UK be joining Canada in suspending arms export permits to Turkey and pressing for the prosecution for war crimes and crimes against humanity of those responsible for the appalling carnage in Karabakh?

To ask Her Majesty’s Government what steps they are taking in relation to the conflict in the Nagorno-Karabakh region.

My Lords, the UK continues to urge de-escalation and an immediate return to the negotiation table in our engagements with our partners, including the Azerbaijani Minister Bayramov and the Armenian Foreign Minister Mnatsakanyan. We have also been in contact with the Turkish and Russian authorities to discuss the matter and we continue to believe that the best solution to this conflict is a peaceful negotiation under the framework of the OSCE Minsk Group.

My Lords, the sad fact is that innocent civilians are being maimed and killed while the Minsk process continues to fail them—as it has for over 25 years. But so, too, has NATO failed, in so far as Turkey’s rampant authoritarianism and turbo-charged nationalism imperils its allies’ interests in Syria, in Libya and, now, in Nagorno-Karabakh. Can the noble Baroness tell the House what discussions Her Majesty’s Government are having within NATO to curb Turkey’s power and reassess its membership as a last resort?

My Lords, I join the noble Baroness in her concern at the reports of civilian settlements being targeted. We are deeply concerned about that and, as I say, we urge an immediate return to the ceasefire. Yesterday, the NATO Secretary-General highlighted NATO’s concern about the escalation of hostilities and called for all sides to immediately cease fighting. He also said that he expects Turkey to use its considerable influence to calm tensions. We welcome these calls. Turkey is a key NATO partner and we continue to work in NATO to encourage it to use its influence to calm tensions.

My Lords, does the Minister agree that the war in the Caucasus over Nagorno-Karabakh is definitely worsening, with an increasing number of casualties, as areas determine to regain territory they consider theirs? What are the Government doing with other like-minded countries, not just in NATO, to at least get a ceasefire? Also, given that the US is preoccupied, are we really going to let Russia and Turkey literally call the shots?

My Lords, I acknowledge that we are seeing an increase and escalation in the fighting, which is deeply concerning. The UK is working at a number of levels to try to bring about an end to this, including in the OSCE and through our diplomats on the ground. Our Minister for European Neighbourhood has spoken to her counterparts and, yesterday, the Foreign Secretary issued a second statement with the Canadians. The US President and Secretary of State have also issued strong statements calling for a return to the negotiating table.

I welcome that last answer from the Minister but, with the real possibility of a regional proxy war, should we not be calling on our NATO ally Turkey not to get further involved? As for Russia, which has influence on both sides, should we not ask it to get more involved?

My Lords, what assessment, if any, have Her Majesty’s Government made of a potential increase in terrorist recruitment or activity as a result of this dangerous instability in the area?

My Lords, is the Minister aware that legal experts, such as Geoffrey Robertson QC, argue that Azerbaijan’s repeated claims to sovereignty over Karabakh can be refuted? It has always been predominantly occupied by ethnic Armenians. A referendum was held in 1992 with an overwhelming vote for independence, and Azerbaijan’s previous attempt at ethnic cleansing justifies Nagorno-Karabakh’s claim for self-determination under the UN charter. Azerbaijan’s continuing attempt now at ethnic cleansing involves violations of international law, including targeting civilians with tanks, helicopters, heavy artillery, multiple-launch rocket systems, including Smerch, and cluster bombs. What are Her Majesty’s Government doing to more actively promote an urgent ceasefire?

My Lords, I pay tribute to the noble Baroness’s work in this area; I know that her charity HART does a lot of work in Nagorno-Karabakh. We are taking an active role in this as best we can. We are working with a number of our like-minded partners within the OSCE, as I mentioned, and we are working within the UN Security Council and NATO to try to bring about a de-escalation. On sovereignty, the UK supports the sovereignty, territorial integrity and independence of Azerbaijan, while underlining the importance of the UN and OSCE principles. We support the OSCE Minsk Group process and the basic principles that sit beneath it, including a return of the occupied territories and the acceptance of the free expression of will on the status of Nagorno-Karabakh.

My Lords, I want to return briefly to my noble friend Lady Ramsay’s point about the vacuum that has been created. We have all the statements in the world saying, “Stop this war”, but we had a process—the Minsk process—we had talks, and we even had a framework agreement. What is the noble Baroness doing to ensure the United States returns all its efforts back to that process so that that vacuum is not filled by other players in the region?

My Lords, would the Minister agree that this is a conflict which has a long history, where everybody blames everybody else and everybody blames the backers of their enemy? Could the Government put as much pressure on as possible to allow journalists in, so that the rest of the world knows what is going on? We could do without propaganda from both sides clogging our view.

My Lords, I agree with the noble Lord that the roots of this conflict are complex and predate the collapse of the Soviet Union. Apportioning blame is not the solution. I also completely agree about the importance of media freedom. We are concerned about disinformation in this conflict, and we are concerned about reports of lack of access to the internet. We will do all we can to facilitate access to the region so that we can understand what is happening.

My Lords, notwithstanding what the noble Baroness has just said about lessons from the past, has she considered, as I was asked to do while visiting Nagorno-Karabakh, how the indigenous, overwhelmingly Armenian community see this violence as an extension of the Armenian genocide, which claimed 1.5 million lives with international indifference leading to Hitler’s infamous remark, “Who now remembers the Armenians?” In the light of the current attacks on civilians, will we be joining Canada in suspending arms export permits to Turkey? Will we press, as my noble friend Lady Cox called for, for the prosecution of those responsible for war crimes and crimes against humanity in Karabakh?

My Lords, we continue to monitor developments in the region closely. We consider all our export applications against a strict assessment framework. We will keep all licences under careful and continual review. We comply with the OSCE arms embargo relating to the Nagorno-Karabakh region, which is considered as part of our export licensing process, and we will continue to work closely with Canada. We have issued a number of join statements with Canada, and we will work closely with all like-minded parties to bring an end to this conflict.

My Lords, much mention has been made of the Minsk talks, which are now over 25 years old and are about the possibilities of bringing peace—but are without any outcome that we can appreciate—and of various other bodies that have been in conversation with our Government about ways forward at this crucial stage. Azerbaijan and Armenia are both member states of the Council of Europe, as indeed are Turkey and Russia, with the United States on the sidelines as an observer. Would this not be a forum through which, especially with its focus on human rights, we could stimulate a more broadly based response to the present crisis—particularly, perhaps, focusing on the civilian losses, which have been widely reported—in order to get a new sense of purpose in what is a very long-standing dispute?

I acknowledge the noble Lord’s point on the length of this conflict, and of course we must use every avenue we have to try to bring about an end to the conflict. We continue to urge dialogue and we are clear that the only lasting solution to the conflict can be a negotiated one, but I will certainly take the noble Lord’s point on the Council of Europe back to the department to see if there is yet further we can do within that organisation.

My Lords, the time allotted for this Question has elapsed and we have come to the end of Question Time.