A Sword Over the Nile: A Brief History of the Copts Under Islamic Rule, by Adel Guindy (Austin Macauley, NY, June 2020).

A Sword Over The Nile. Table of Contents-2 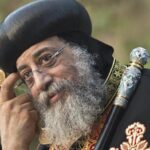 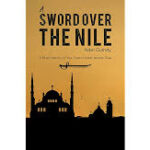 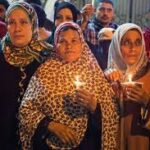 With Egypt’s Copts targeted as part of a bloody and systematic campaign of genocide against the ancient churches of the Middle East, Adel Guindy has produced a timely and authoritative account of their story. It deserves to be widely read.

As the co-founder and first president of Coptic Solidarity, the leading U.S.-based advocacy group for Copts, he has given testimony before Congressional committees and is uniquely well-placed to provide this highly accessible account.

He has entitled his brief history of the Copts under Islamic Rule, A Sword Over the Nile.

For the Christian, it is not the sword, but the cross that provides the clue to their faith. In the old Latin phrase, ‘Crux Potestas Dei’— the cross is the power of God.

Today, in this 21st century, the great challenge for Islam and Christianity is whether the cross and the sword can live alongside one another in peace and mutual respect.

The harrowing story of the Copts illustrates what happens when religious and political leaders fail to embrace the fundamental importance of freedom of religion and belief. The West needs to be aware of the implications of ignoring this central challenge.

My interest in the Copts began while I was a member of the British House of Commons.

In the 1990s, during my work with the human rights organization, Jubilee Campaign, I was asked to write a report on the discrimination and persecution faced by the Coptic Church of Egypt.

I saw plenty of examples of discrimination and persecution — and warned that left unaddressed this would morph into something far worse.

But I also discovered the hidden treasures of the Coptic tradition and came away inspired by its extraordinary and remarkable history, its beautiful liturgies, and by its contemporary work—not least by women like Maggie Gobran—Mama Maggie—the Mother of Cairo—working indefatigably in the squalid shanty towns of Cairo.

Coptic, of course, simply means Egyptian in the pre-Arabic language of the country.

This ancient church was founded two millennia ago by St. Mark, one of the four Gospel writers—although, Egypt had been home to Jesus Himself, after his refugee family fled the slaughter of the Holy Innocents and had found a safe and secure home in Egypt: surely a story with significance for every family and every refugee fleeing persecution in these troubled times.

In 1996, at St. Mark’s Cathedral in Cairo, I met His Holiness, Pope Shenouda III. Shenouda had suffered grievously at the hands of politicians, having been banished to an ancient desert monastery.

I recall remarking to him that we, in the West, had done too little to speak up for the ancient churches.

He could not understand the indifference of Christians living in the affluent West.

We recalled that this indifference had its origins in the failure to respond to the genocide of the Armenians and other Christians. Between 1915 and 1917, 1.5 million Armenians and hundreds of thousands of Assyrians and Greeks had died.

Following recent events in Northern Iraq and Syria (and across Northern Africa from Sudan to Nigeria), we need an appropriate sense of humility at our failure to act.

We should listen far more carefully to communities like the Copts, the Chaldeans, the Armenians, and the Assyrians—who have so much wisdom, have so much to teach us, and who have suffered so much.

We must listen, but we must also speak and act in solidarity.

Perhaps Adel Guindy’s timely and excellent book will act as a wakeup call.

It is a moral outrage that vast swathes of humanity have been subjected to genocide and crimes against humanity, while we wring our hands.

Whole families have been murdered, terrorized, victimized, intimidated, deprived of their homes or belongings—and in places like Mosul and Nineveh —where Christians had lived in diversity and common respect for 2000 years —their homes were confiscated, marked for appropriation with the letter ‘N’ for Nazarene—simply because of their faith; the way in which they worship God.

After the horrific slaughter by Islamic State of 21 Coptic Christians, on February 12th, 2015, who died on a beach in Libya, professing their faith, a service of remembrance was held in the Palace of Westminster, which I attended.

The Coptic Archbishop of London, Angaelos, reminded us that “These men paid the ultimate price, but gave us a cause to advocate for all those who are persecuted. They also showed us that there was a level of evil that we must all stand in solidarity against—and a level of courage, faithfulness, and defiance that we must all aspire to.”

Eighteen months later, at the annual Nayrouz Service held in St. Margaret’s church, in Westminster, we learnt how a Coptic priest had been murdered in Cairo, “drenched in his own blood and a cross marked onto his forehead.”

At that Service, I said that civilized countries must uphold freedom of religion and belief, and insist that those responsible for “pestilential crimes against the region’s ancient churches must be held to account and face justice.”

The Coptic New Year begins on the first day of the Month of Thoout, and is marked by the celebration of The Feast of El-Nayrouz.

This is the day on which Coptic Orthodox Christians honour those who have bravely stood and confessed their faith in God and whose lives have been taken.

Nayrouz is a word of Coptic origin and means ‘the rivers.’

Its symbolism is connected to the way the waters of the River Nile usually rise in mid-September and the faithful pray that the river’s water will irrigate the land and enable abundant new crops to grow.

The title of Adel Guindy’s book reminds us that there is also a sword hanging over Egypt’s famous river—and that too much blood has already been allowed to flow. This offers no prospect of new life; only death and suffering.

As religious and civil authorities consider the kind of country they want Egypt to be, they should reflect that countries that crush diversity, that refuse to uphold difference, and that turn a blind eye to persecution and intolerance are always the most backward countries, always the poorest economically, and always the worst places to live.

Adel Guindy reminds us that historically, the Copts have been Egypt’s beating heart and that Egypt’s future, without them, would be bleak indeed. 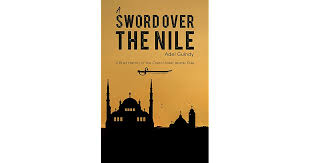