“The hour is late but the free world is at last beginning to grasp that if it does not stand and act together, and stand with the people of Hong Kong, the CCP will come crashing through the doors of every democracy…” Welcome new Foreign Office Report on Hong Kong released today reveals “6 months of shame for Hong Kong authorities”, says All Party Parliamentatry Group on Hong Kong. 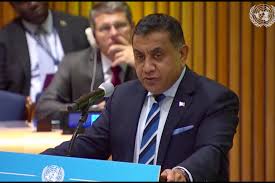 Lord Ahmad of Wimbledon, the Foreign and Commonwealth Office, has provided the following answer to your written parliamentary question (HL4739):

Question by Lord Alton of Liverpool:

To ask Her Majesty’s Government when they intend to publish the next edition of the six-monthly report on Hong Kong relating to the implementation of the Sino-British Joint Declaration on Hong Kong; and why that edition has not yet been published. (HL4739)

The change in the Parliamentary timetable has delayed our original publishing date for the six-monthly report on Hong Kong covering the period July- December 2019. The report will be published soon.

Following Lord Ahmad’s recent promise that the delayed six monthly report on Hong would be published soon, the Foreign Office has today honoured that commitment:

Today, the Foreign and Commonwealth Office launched its most robust and turbulent 6-month report on Hong Kong, which investigates the implementation of the Sino-British Joint Declaration on the question of Hong Kong. The report warns “there is still time for China to reconsider, to step back from the brink and respect Hong Kong’s autonomy and respect its own international obligations… the UK will not look the other way when it comes to the people of Hong Kong, we will stand by them, and we will live up to our responsibilities”.

The report examines many aspects of the Joint Declaration and the instances that have raised serious concern from 1st July to 31st December 2019. Such aspects include the constitution and the ‘one country, two systems’ approach, Hong Kong’s legal and judicial system as well as basic rights and freedoms. It examples the Arrest of Simon Cheng, the US Human Rights and Democracy Act, freedom of the press and media violations and much more.

The report period doesn’t include the recent legal breaches of the rights of Hongkongers, including the new National Security Laws and so it does not declare a breach of the Joint Declaration.

The government’s commitment to “upholding Hong Kong’s high degree of autonomy and rights and freedoms under the Joint Declaration and ‘one country, two systems’ framework” was reaffirmed throughout the report, as well as Dominic Raab’s proposed expansion of BN(O) rights if China enacts the recently passed National Security Law. Significantly, it concludes: “inclusive and genuine political dialogue between all parties will be essential to de-escalation and reconciliation, as will a robust and independent investigation.”

These comments are unprecedented in the FCO’s series of 6 month reports, which are typically less critical and interventionist. The report’s frank narrative comes as welcome relief to the All-Party Parliamentary Group on Hong Kong, which has been investigating human rights abuses across Hong Kong for several months. 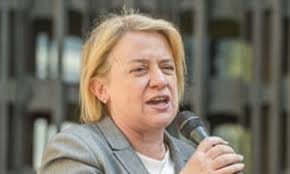 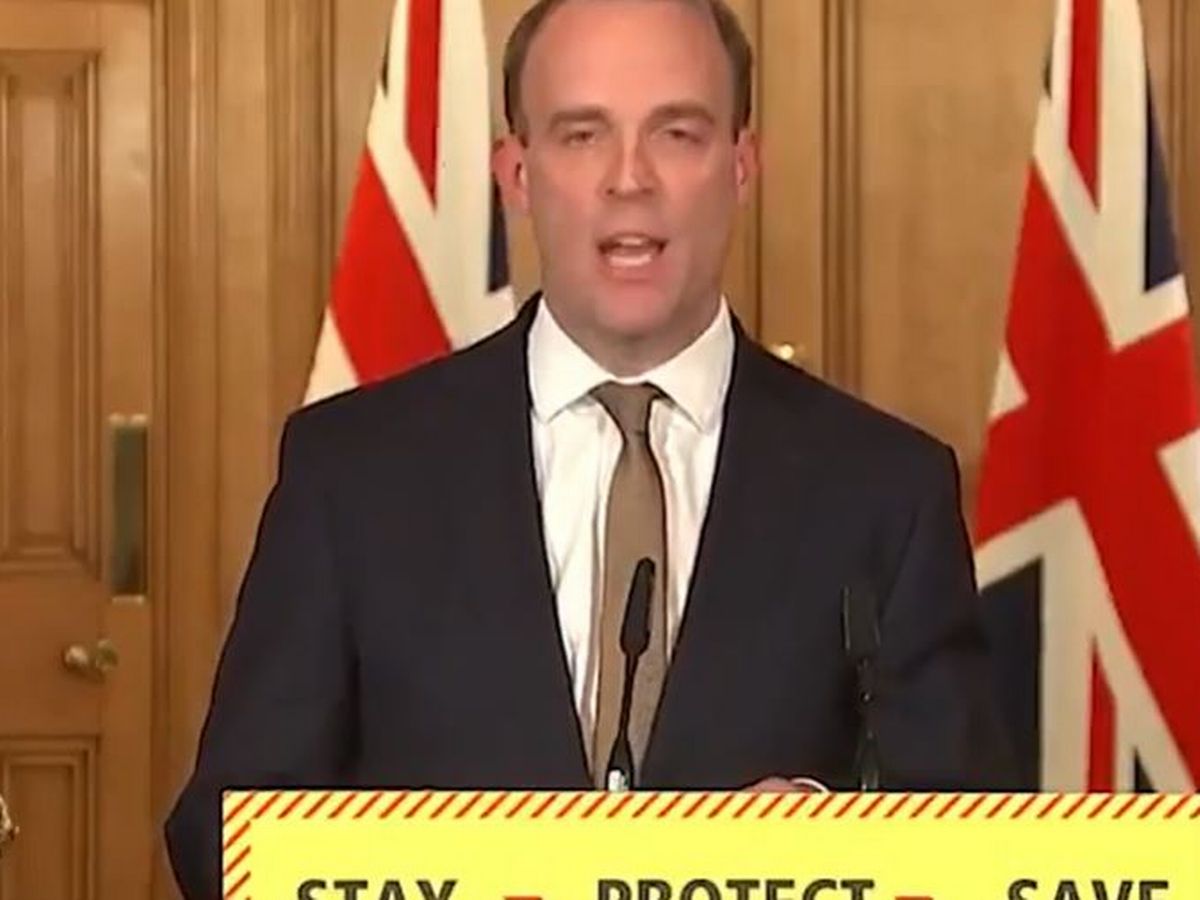 “Dominic Raab cannot be faulted for his robust foreword to this hard-hitting document, which catalogues six months and more of shame for the Hong Kong authorities in their attempts to suppress freedom of speech and freedom to protest; and to stifle the legitimate democratic ambitions of Hongkongers.”

Alistair Carmichael, Liberal Democrat Chief Whip and a co-Chair of the Group, adds:

“The government’s report on Hong Kong makes it clear that Beijing is taking an unprecedented and unacceptable step in forcing its national security law on Hong Kong, which would effectively end the historic freedoms of its people. We must back up this report with legislative action to support the people of Hong Kong.”

Lord Alton of Liverpool, a Patron of Hong Kong Watch and Vice Chair of the Group, comments:

“A brave young doctor from Hong Kong recently told UK parliamentarians that under the new Chinese Communist Party’s National Security Law, that by giving evidence about the State’s violation of human rights, he could face arrest, imprisonment and potentially, be accused of a capital offence. He said: “Even this discussion would be illegal. Someone could crash through that door and I would be gone forever.

“The hour is late but the free world is at last beginning to grasp that if it does not stand and act together, and stand with the people of Hong Kong, the CCP will come crashing through the doors of every democracy and that our human rights, democratic freedoms, the rule of law, and freedom of speech will be gone forever.”

“Significantly, the FCO rejects the IPCC report and emphasises the IPPC’s lack of necessary powers to subpoena witnesses. While the report re-emphasises the new BN(O) policy, it concerningly fails to declare a breach of the Sino-British Joint Declaration. China’s imposition of a national security law on Hong Kong is a clear violation of its international obligations, including those made under the Joint Declaration, and undeniably jeopardises the city’s autonomy and way of life. As China brutishly enforces “One Country, One system”, the Hong Kong government has already doubled down on restricting fundamental freedoms while citing the yet to be codified national security law as a threat.  This Joint Declaration breach must be declared by the UK government as a matter of urgency.”
Johnny Patterson, Director of Hong Kong Watch says:

“The six-monthly reports on Hong Kong have historically been fairly bland and insipid. The robust tone of the Foreign Secretary’s foreword reflects both a step-change in the British government’s stance and the speed with which the situation in Hong Kong has deteriorated.

The Foreign Secretary is right to underline that Simon Cheng was tortured in detention, and that this is both a flagrant violation of China’s international obligations and will inevitably increase existing divisions in Hong Kong.

His criticism of the Kangaroo-court Independent Police Complaints Commission inquiry is well-put. The George Floyd case shows the damage that unaccountable and violent policing can do to society. The first step to reconciliation in Hong Kong will be a genuinely independent inquiry into police brutality.

It is good to see the Government’s commitments to BNO reform set out in writing again, although it is vital that greater detail is provided on the substance of these reforms so that Hong Kongers are given reassurance and clarity over the future.” 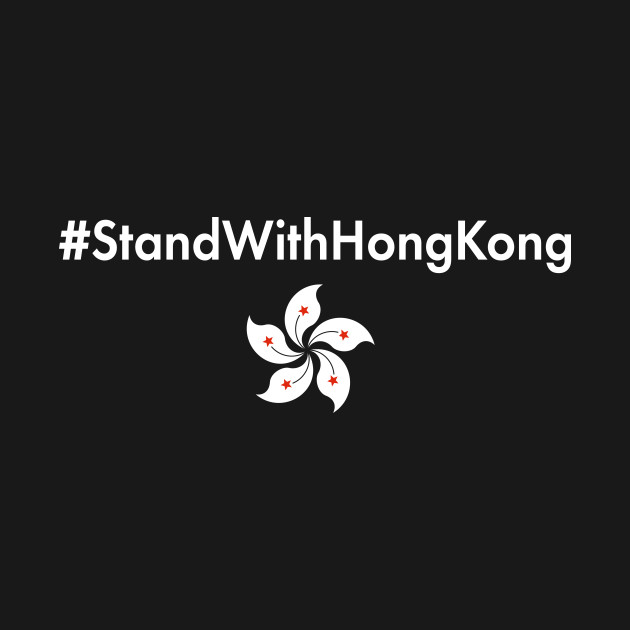