What a young doctor told UK Parliamentarians this week about the Chinese Communist Party’s new National Security Law: “Even this discussion would be illegal. Someone could crash through that door and I would be gone for ever.” Why we need “Helsinki with Chinese characteristics”; the appointment of a UN Special Rapporteur on Hong Kong; and why the international community must follow the UK’s lead on BNO passport holders, guaranteeing second citizenship and a right of abode for all those forced to flee Chinese Communism.

What a young doctor told UK Parliamentarians this week about the Chinese Communist Party’s new National Security Law: “Even this discussion would be illegal. Someone could crash through that door and I would be gone for ever.” 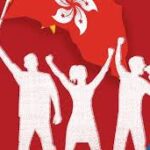 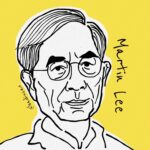 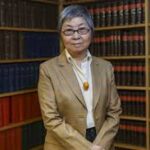 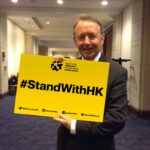 This week UK Parliamentarians have been taking evidence from Hong Kong about the brutal treatment of doctors and first-aiders during the pro-democracy protests.

More than 1,000 submissions have been made to the All Party Parliamentary Group on Hong Kong’s Inquiry.

As one of the witnesses told us, under the new Chinese Communist Party (CCP) National Security Law, by giving information about the State’s violation of human rights, witnesses could face arrest, imprisonment and potentially, be accused of a capital offence: “Even this discussion would be illegal. Someone could crash through that door and I would be gone for ever.”.

As mainland China has acted to crush  free speech and end reform,  we have seen the deadly consequences – the engendering of fear, intimidation, coercion, and the State’s attempts to silence criticism or free debate.

As the Nobel Laureate, Liu Xiaobo – China’s Solzhenitsyn – once said “Freedom of expression is the foundation of human rights, the source of humanity and the mother of truth. To strangle freedom of speech is to trample on human rights, stifle humanity, and suppress truth.”

And now that is what the CCP is seeking to do in Hong Kong.

Chris Patten has rightly described the new law is an outrageous attack on human rights.

The safe space of civil society has been shrinking, disappearing under a cannonade of water cannon, tear gas, rubber bullets, live ammunition, beatings, torture, and abuse of power.

It disappears as members of the press corps and media are arrested, deported, lined up and systematically humiliated.

It disappears when doctors and nurses are prevented from doing their duty, are handcuffed and frogmarched,  intimidated in their clinics and hospitals.

Its long-term consequences are profound as even school children are arrested; thousands of imprisoned young people risk becoming a lost generation; and a once harmonious society is radicalised and disfigured by trauma and brutality.

In the face of all this, the international community must stand united in promoting  Helsinki-style engagement with China, with all policies – economic, trade, security and defence – shaped by consideration of the CCP’s actions against the people of China : “Helsinki with Chinese characteristics.”

This should include the appointment of a UN Special Rapporteur to monitor violations of human rights, the breach of “two systems one country”, and the corruption of the rule of law in Hong Kong.

Over the last 24 hours the international community has made it clear that Hong Kong does not stand alone – that it will not be a case of “business as usual.”

Britain’s Foreign Secretary and Home Secretary have trenchantly insisted that the “UK will continue to defend the rights & freedoms of the people of Hong Kong”.

A joint statement was issued with the US, Australia and Canada saying that the new Chinese legislation would “dramatically erode Hong Kong’s autonomy” and said that the new laws are a breach of “the legally-binding, UN-registered Sino-British Joint Declaration” made when the UK handed Hong Kong back over to China in 1997.

The Foreign Secretary, Dominic Raab, has also made it clear that Britain will welcome BNO passport holders who flee the imposition of Communism.

But the international community must go further and provide the possibility of second citizenship and second right of abode in other countries and territories around the world for all those who are forced to flee to new lives in which their inalienable rights and liberties are upheld.

Hong Kong Watch welcomes yesterday’s statement by the British Foreign Secretary Dominic Raab, together with the Australian and Canadian Foreign Ministers and the US Secretary of State, which describes China’s decision to impose a new national security law on Hong Kong as “in direct conflict with its international obligations under the principles of the legally-binding, UN-registered Sino-British Joint Declaration” and calls on the international community to act to defend international treaty promises. Together with leading experts, Hong Kong Watch calls specifically for the establishment of an international contact group of like-minded countries to co-ordinate a response and the appointment of a UN special rapporteur or envoy to monitor the deteriorating human rights situation.

In light of the recognition that the new law “would undermine the One Country, Two Systems framework” and “undermines existing commitments to protect the rights of Hong Kong people”, Hong Kong Watch believes urgent measures are needed by the international community to protect rights and seek ways to pursue reconciliation within Hong Kong. As the four foreign ministers’ statement argues: “Rebuilding trust across Hong Kong society by allowing the people of Hong Kong to enjoy the rights and freedoms they were promised can be the only way back from the tensions and unrest that the territory has seen over the last year.”

Lord Patten of Barnes, the last Governor of Hong Kong, said: “The Foreign Secretary Dominic Raab and his counterparts from the United States, Canada and Australia are exactly right to point out the fact that the imposition of the new national security law would be in direct conflict with China’s international obligations. I welcome their call for the protection of human rights as the only way to rebuilding trust in Hong Kong. I also applaud the UK’s decision to extend rights to British National Overseas (BNO) passport holders, which is a very positive and much-needed step in the right direction.”

A statement first promoted by Lord Patten and former Foreign Secretary Sir Malcolm Rifkind has already been signed by 705 Parliamentarians and public figures from 36 countries, a sign of the scale of global opinion about why Hong Kong matters.

“The establishment of an international contact group to coordinate a global response would be a positive way forward. Moreover the creation of a UN special envoy for Hong Kong would contribute both to monitoring human rights and encouraging dialogue and reconciliation. Many UN member states would see it as a constructive proposal worthy of support,” added Lord Patten.

Baroness Helena Kennedy QC, Director of the International Bar Association’s Human Rights Institute, said: “It is vitally important that the United Nations acts with urgency.  A UN Special Envoy could prevent this crisis escalating beyond control. We are reaching a point from which there might be no return and the only body with the authority to act as mediator is the UN.”

Lord Alton of Liverpool, a cross-bench member of the House of Lords and Patron of Hong Kong Watch, said: “Hong Kong’s autonomy – one country two systems – is guaranteed by international treaty lodged at the United Nations. That is now flagrantly violated.  It is the duty of the UN to now appoint a Special Envoy or Rapporteur to fearlessly and independently evaluate and report on violations which undermine democratic rights, human rights, the rule of law and the increasing use of powers associated with one party police States.”

The recommendations are also supported by humanitarian experts. Dr Darren Mann, a British surgeon who has worked in Hong Kong for over 20 years and recently highlighted the arrest and harassment of medical professionals in the city, said: “China’s heedless imposition of a National Security Law on Hong Kong will further escalate tensions in the community and likely lead to greater outbursts of public anger and civil rights protest. The international community is rightly indignant at the dangerously corrosive effect of this decision on the rules-based global order. Clearly it is time for the Secretary-General of the United Nations to appoint a Special Envoy to Hong Kong as the risk of large-scale bloodshed on the streets has never been greater.”

Hong Kong Watch’s co-founder and Chair Benedict Rogers said: “There is a need for very urgent, co-ordinated international action to prevent a terrible disaster unfolding in Hong Kong. A variety of measures should be considered, but the ideas of an international contact group of like-minded countries and a UN envoy should be priorities. We welcome the call from senior politicians, legal and humanitarian experts for such an international response. As we approach the anniversary of the Tiananmen massacre, the world must do everything possible to help de-escalate the situation, protect human rights and prevent a similar tragedy recurring in Hong Kong.”