Holland sees the  number of anti-Semitic incidents reported increase by a shocking 35 percent compared with the previous year. Time to recall Corrie ten Boom’s The Hiding Place – with contemporary lessons in confronting anti-Semitism and the treatment of Muslim Uighurs.

Holland sees the  number of anti-Semitic incidents reported increase by a shocking 35 percent compared with the previous year. Time to recall Corrie ten Boom’s The Hiding Place – with contemporary lessons in confronting anti-Semitism and the treatment of Muslim Uighurs….. 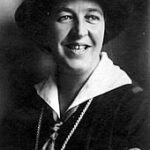 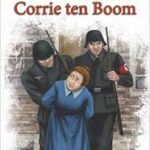 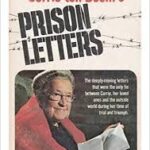 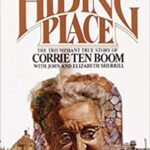 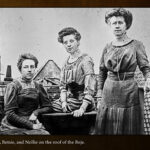 Its disturbing to read Janene Pieters article from a Dutch newspaper (see below) reporting that in the past 12 months, the  number of reported anti-Semitic incidents  increased by a shocking 35 percent compared over the previous year.

Even in a largely tolerant country like Holland this vicious phenomenon is manifesting itself in ugly and distressing ways.

I have recently read The Hiding Place – written Corrie ten Boom with John and Elizabeth Sherrill. It tells Corrie ten Boom’s amazing story in combating anti-Semitism in Holland during its occupation by the Nazis.

Corrie ten Boom was a Dutch watchmaker who helped many Jews escape the Nazi Holocaust.  Her activism led to her imprisonment are  concentration camp incarceration.

The book opens in Haarlem at the ten Boom’s family celebration pf the 100th anniversary of their watch and clock repair business.

Her brother brings a Jewish escapee from Germany to the celebration. Some of his beard had been burnt by assailants.

After the 1940 invasion by the Nazis Corrie turns their family home into a centre of resistance – involving her in forging identities, using stolen ration cards, hiding Jewish families.

Inevitably this compromises her own safety (although a senior Police officer helps  by training her in how to respond when, as they both know, the Nazis will eventually track her down).

Ultimately, a spy infiltrates her group and she and her sister, Betsie, and 80 year old father are sent to prison, where he dies.

The women are then sent first to a Dutch concentration camp and later to Germany’s Ravensbruck – leading to Betsie’s death. Corrie hangs on to life by a thread but somehow survives and returns to the Netherlands in 1945.

In The Hiding Place she describes her experience of doing forced labour for Siemens in the Nazi camps. The Holocaust saw state-sponsored mass enslavement on an appalling scale.

Her plight brings to mind the situation in the Xinjiang region in western China.

Around 1 million Uighur Muslims have been incarcerated and forced to work for nothing in those camps. Academics describe it as the world’s worst incident of state-sanctioned slavery.

Some of the Muslim inmates have been sent to those camps because their beards were too long – reminding me of the first Jewish escapee t be helped by Corrie ten Boom’s family.

Sobering stories to have in mind as you read this article from the Netherlands Times:  By Janene Pieters

NL.Times.NL (17.02.2020) –  The number of anti-Semitic incidents reported to the Netherlands’ information and documentation center on Israel CIDI last year increased by a massive 35 percent compared to the year before. CIDI received 182 reports of discrimination against Jewish people – the highest number since the center started keeping track 30 years ago, NOS reports.

In 2014, CIDI saw a peak in anti-Semitism reports at 171 incidents. “At the time, the anti-Semitism was related to the flare-up of the conflict between Israel and Hamas in Gaza. There is no such link in 2019,” the center said. The number of incidents decreased to 126 in 2015 and 109 in 2016, after which they started to increase again.

Last year there were particularly more reports of insults, increasing from 18 in 2018 to 44 in 2019. CIDI did not include anti-Semitic expressions on social media, though the center is concerned about it. “Social media companies are still taking too little action against anti-Semitic and other racist expressions on their platforms.”

CIDI fears that its figures are just the tip of the iceberg. “What makes the increase all the more poignant is that victims of anti-Semitism rarely make a report to the police, because the fear that a report will lead to nothing.

The police also noted an increase in discrimination reports. Last year 460 incidents of discrimination were reported to the police, 16 percent more than in 2018. 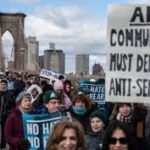 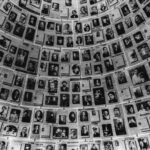