What lessons we can learn from the 80th anniversary of Kindertransport – and from the stories of Sir Nicholas Winton, Trevor Chadwick, Florence Nankivell, Doreen Warriner, Beatrice Wellington, and others involved in organising escape routes for children threatened by Nazism 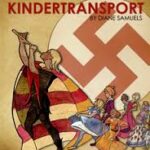 My Lords, there is no one better to have opened tonight’s debate than the noble Lord, Lord Dubs.

The 80th anniversary of Kindertransport prompts the question: what would Sir Nicholas Winton, Trevor Chadwick, Florence Nankivell, Doreen Warriner, Beatrice Wellington, and others involved in organising escape routes for children threatened by Nazism, make of our present-day response to refugees and their children and to new ideologies and new forms of violence?

While we are right to praise the singular individuals—heroes like Bonhoeffer, Kolbe, Schindler, Frank Foley and Raoul Wallenberg—who all refused to accommodate anti-Semitism and hatred of other minorities, we must not become too self-congratulatory or slip into a sentimental nostalgia. Overwhelmingly, people actively collaborated or remained silent. Kindertransport saved the lives of an estimated 10,000 children, each and every one of them precious. But never forget that the Nazis and their collaborators killed as many as 1.5 million children—including over a million Jewish children—who are commemorated at the Children’s Memorial at Yad Vashem, referred to by the noble Lord, Lord Roberts of Llandudno, which I too have visited. They also murdered tens of thousands of Romany children, German children with physical and mental disabilities—a point alluded to by the noble Lord, Shinkwin—and children from Poland and occupied Soviet territory. Six million Jews were murdered in the Holocaust, and most Kindertransport children would never see their parents again.

In 1938, after visiting the harsh, freezing conditions refugee camps in Sudetenland, and following Kristallnacht, Nicholas Winton decided to do something about it. Weeks later, he saw the first 200 Kindertransport children arrive at Harwich. They included many who would become notable and illustrious citizens, including four Nobel laureates, and Members of your Lordships’ House.

When the noble Lord, Lord Dubs, moved his amendment to receive some of today’s fleeing refugee children, I was honoured to be one of the other signatories. But to be clear, according to Safe Passage, only 220 of the 480 places to be provided under the scheme put forward by the noble Lord have been filled. Like the noble Lord, I would be grateful if, when the Minister, the noble Lord, Lord Bourne, comes to reply, he would clarify whether that still remains the case. Meanwhile, Safe Passage also says that the Vulnerable Children Resettlement Scheme for unaccompanied children in conflict zones has given just 20 unaccompanied children resettlement, out of 3,000 places. As it also points out, UK-funded detention centres in Libya are places of torture and abuse of children. Perhaps when the Minister comes to reply he can respond to what Safe Passage says about that.

Elsewhere, children of Christians and Ahmadis fleeing from Pakistan are kept like caged animals in detention centres. In 2015, I visited one of those detention centres, and in 2016, I wrote a report about it. Recently, many of your Lordships have raised the continuing systematic persecution of minorities in Pakistan—the reason why people are fleeing in the first place. Children were forced to watch as a mob of 1,300 burned their parents alive in a kiln in Kot Rada Kishan in Pakistan.

Meanwhile, a mother of five, Asia Bibi, remains at risk of her life in Pakistan while we refuse to give her or her children asylum and repeatedly say that minorities in Pakistan do not face persecution, but simply discrimination. Only today I have received a letter from the Prime Minister, who says:

“You asked whether the UK would be willing to offer Asia Bibi and her family asylum in the UK. It is the long standing policy of the Government not to comment on individual immigration issues”.

This is not just an immigration case. This is a woman who was falsely held in prison for some nine years, and who has been acquitted by the Supreme Court. This is a woman on behalf of whom the former Governor of the Punjab, a Muslim, Salman Taseer, and his friend, a Christian Minister for Minorities, Shahbaz Bhatti, both spoke out—and were murdered for doing so. It is not a run-of-the-mill immigration case; it is something about which the Government should speak. I was deeply concerned to read in the Sunday newspapers—whether this is accurate others must decide, but I would welcome the Minister’s response—that both the Foreign Secretary and Home Secretary had been overruled by Downing Street in wanting to provide asylum for Asia Bibi. Just as our Government refuse to recognise that minorities in northern Iraq and Syria have been subjected to genocide, I fear that we have done precisely the same in this case concerning Pakistan. I hope that we will look seriously at our asylum policies so that we can make better judgments in the future.

The noble Baroness, Lady Henig, referred to the 1938 debate. Like her, I have read what Sir Samuel Hoare, the then Home Secretary, had to say in that debate on 21 November. The remarkable Philip Noel-Baker, in his opening speech, called for a co-ordinated plan and said that,

In reply, the Home Secretary said:

“How can a question remain exclusively domestic when it involves scores of thousands of men, women and children, destitute and penniless, seeking admission into other countries? … however deep may be our sympathies, this problem is, and must remain, an international problem. No single country can hope to solve it”.—[Official Report, Commons, 21/11/1938; col.1464]

That remains the challenge today and I hope it is a challenge to which the Government will rise.

Reading the speeches of the day is deeply moving because this issues seem to have come back around. What Nicholas Winton said however, is perhaps what should inform us all:

“If something is not impossible, then there must be a way to do it”.

The Minister makes a very important point about the lack of global leadership. Given that we all want these problems tackled at the root so that there are not refugees in the first place, ​will he go back to some of the other departments he mentioned to see whether there could be some sort of round-table discussion involving people such as the noble Lord, Lord Dubs, and others who have participated, so that we could do more and be rather more effective than we have been thus far? Could he also undertake to write to me on the specific point I raised about the detention centres in Libya and the allegations made by Safe Passage that children in those centres have been tortured?

I certainly will. I thank the noble Lord for reminding me of that point. Perhaps he and I could have a word about that. If he could supply me with some information I will make sure it gets to the right Minister so that we can get an answer on it. His broader point about a round table is ​a good suggestion. I will see whether we can organise something on that basis to look at how we can co-ordinate things, not just in our country. I am conscious that when we had the Climate Change Conference in 2015 the world came together to agree something. If it is possible on climate change, given the very different interests around the world and the very different impact it would have on different countries, you would think that it would be possible for the world to come together on so many other areas. That is something that this round table could look at. I will certainly see what I can do, perhaps working through the noble Lords, Lord Alton and Lord Dubs.

I thank noble Lords for a very moving debate that has looked at many issues, all of them very important. I undertake to come back to them on the issues raised.