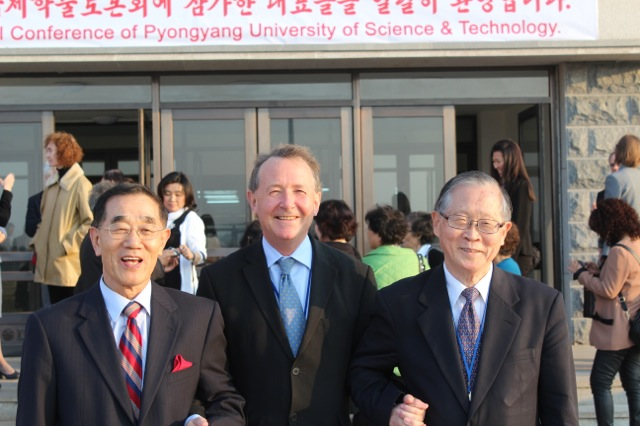 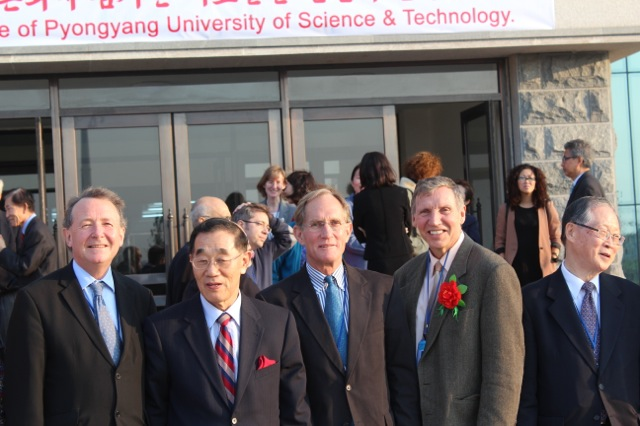 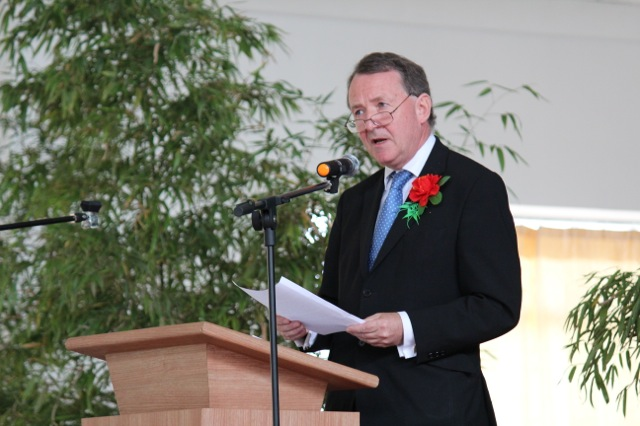 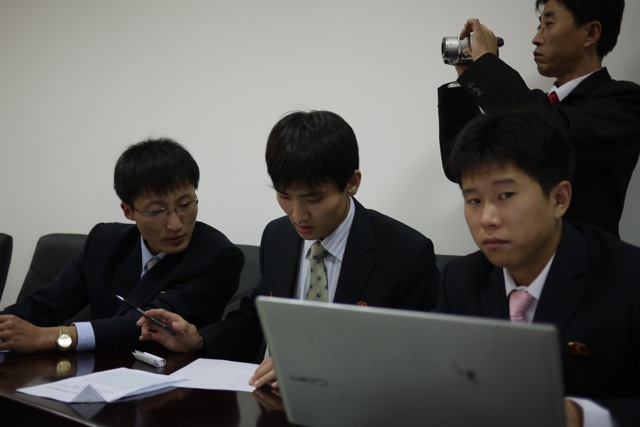 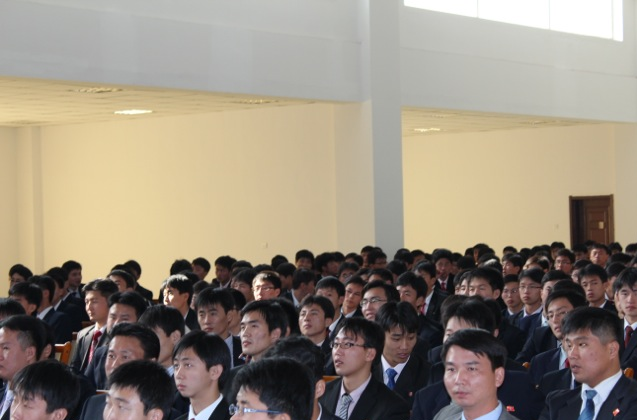 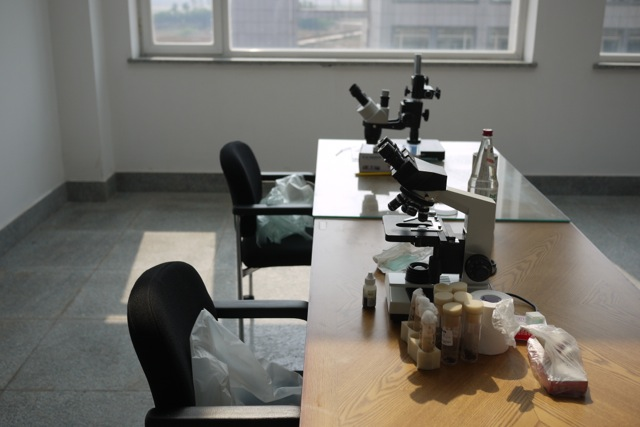 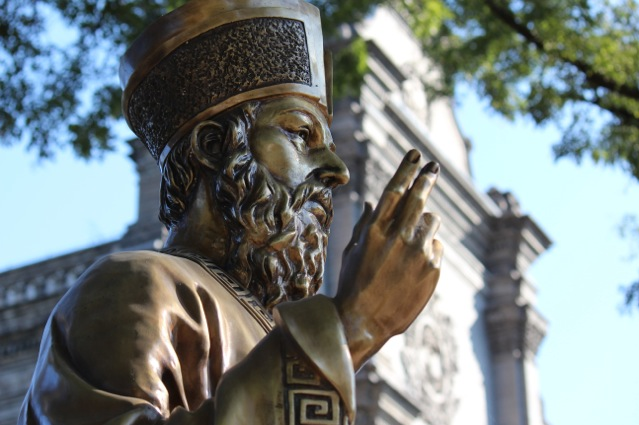 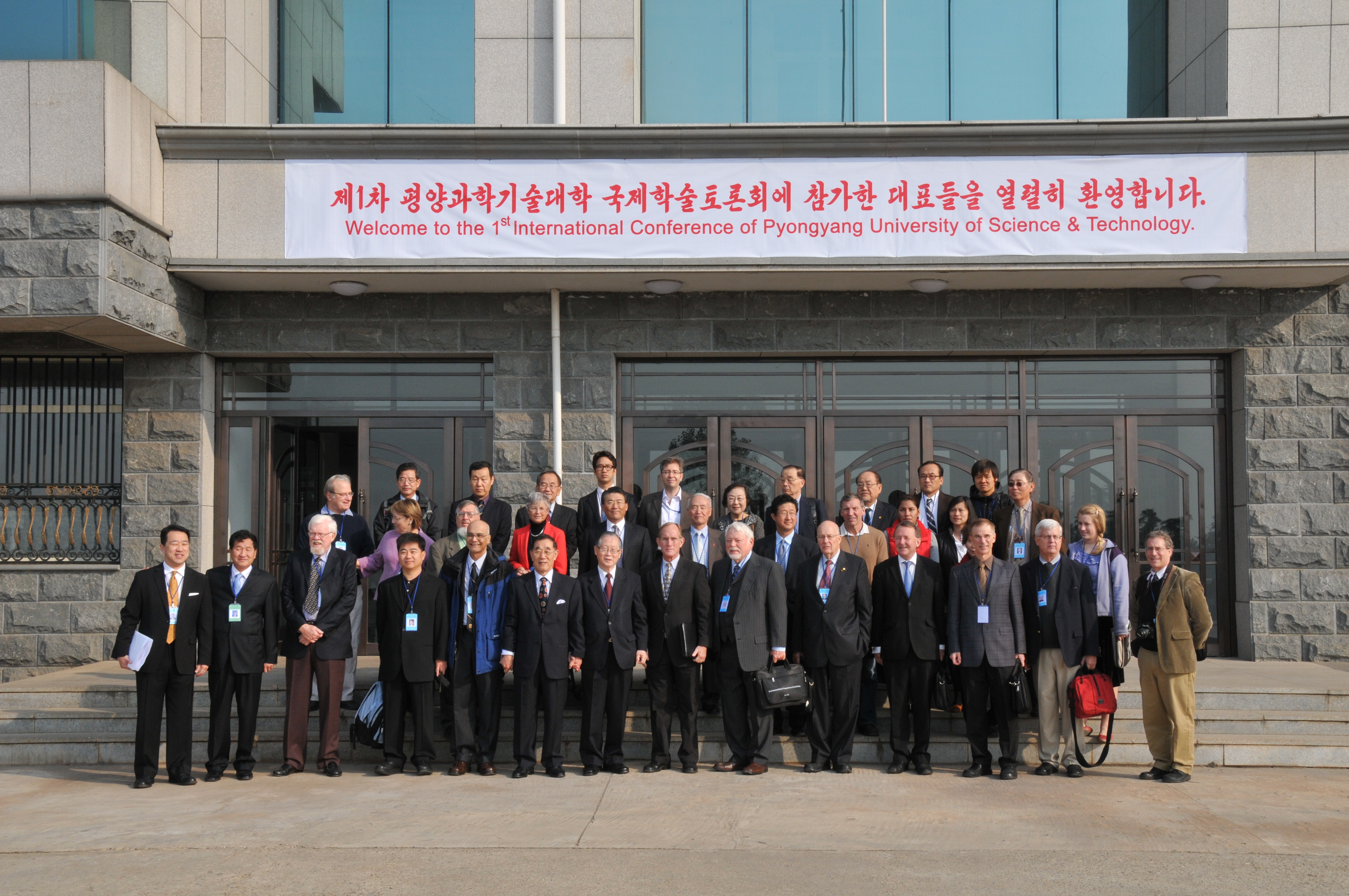 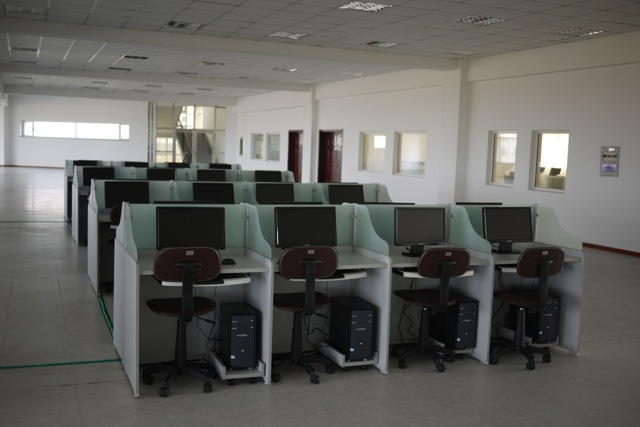 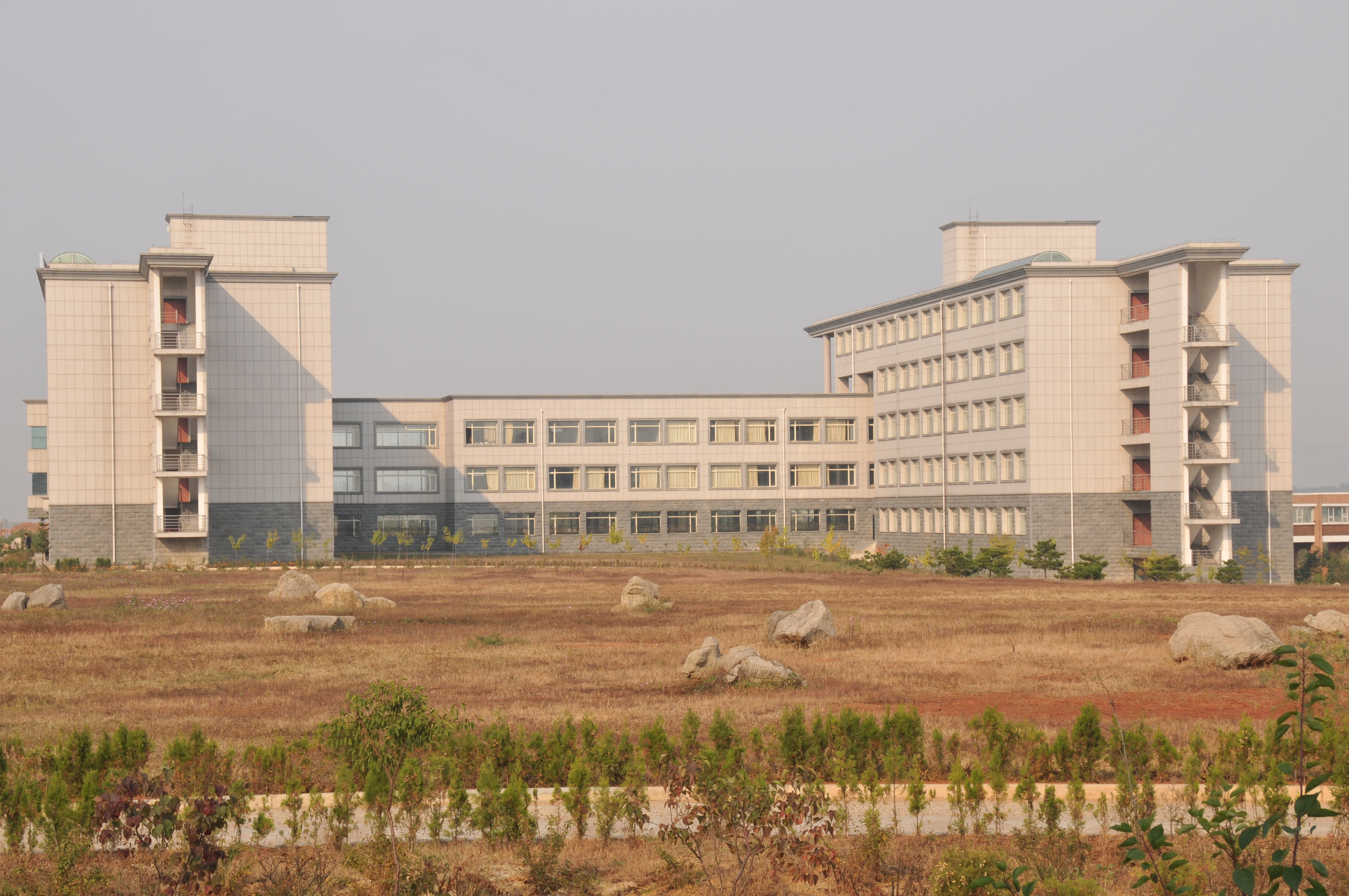 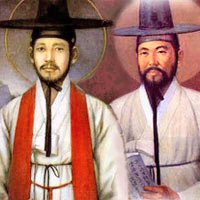 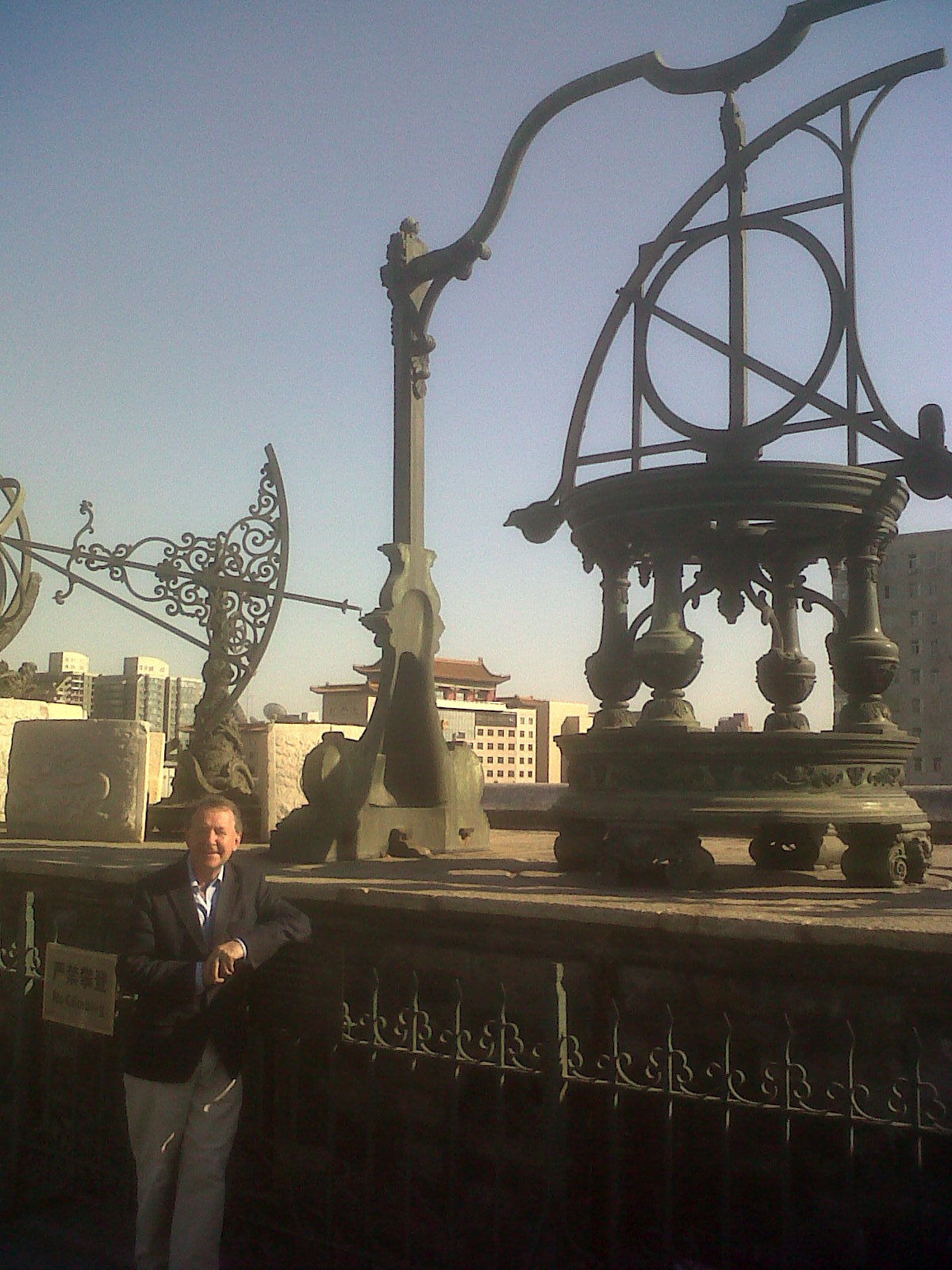 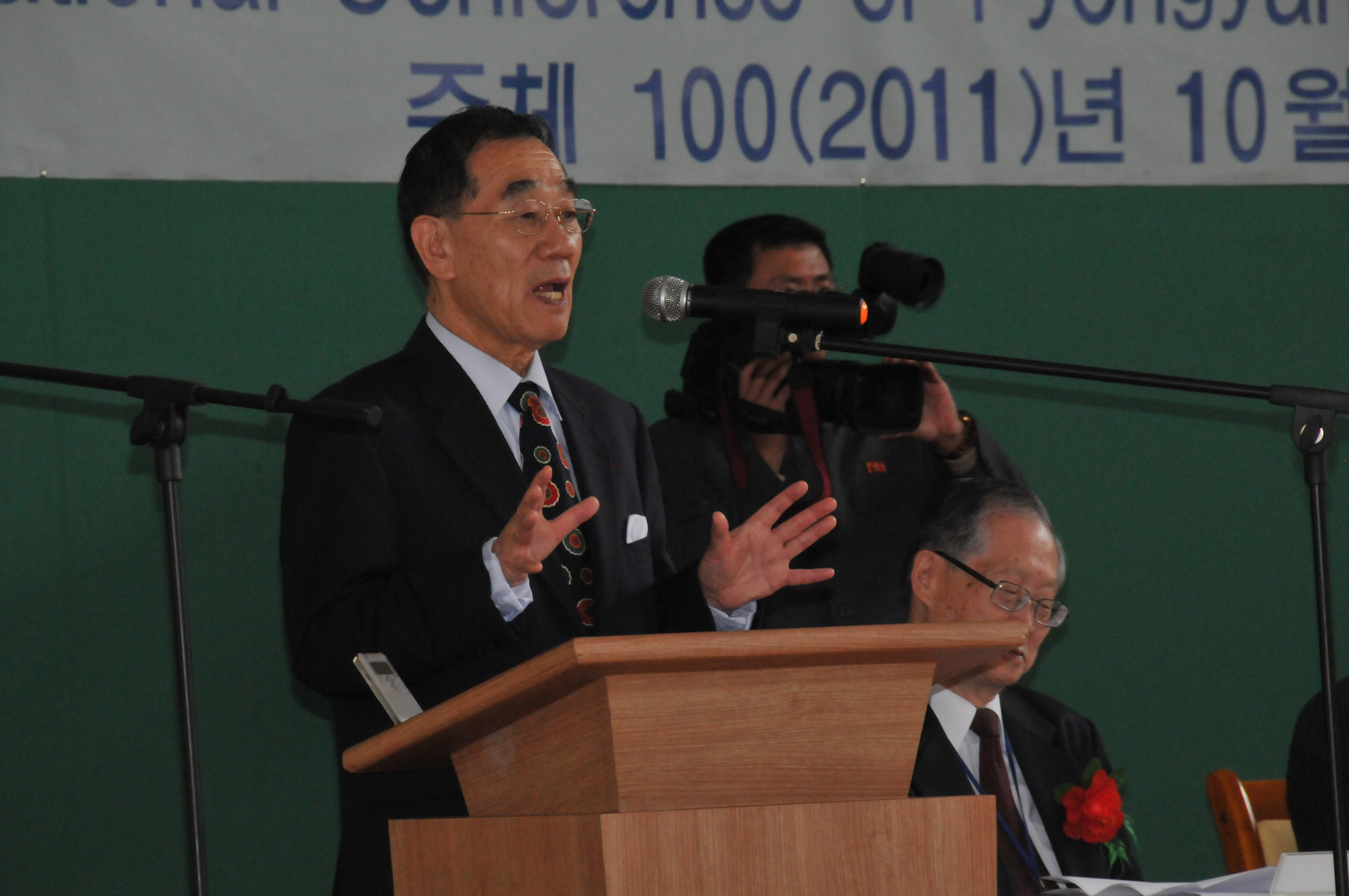 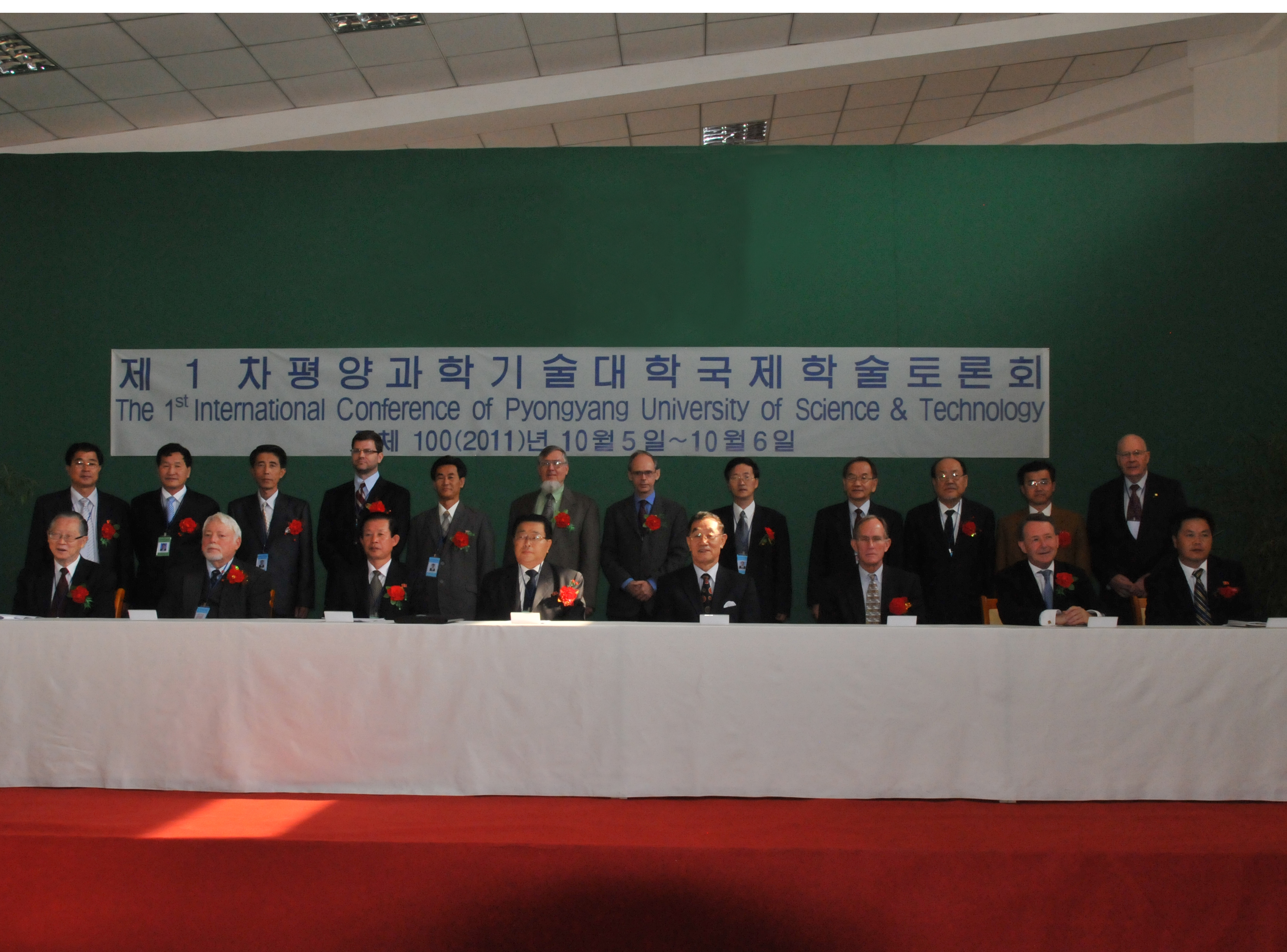 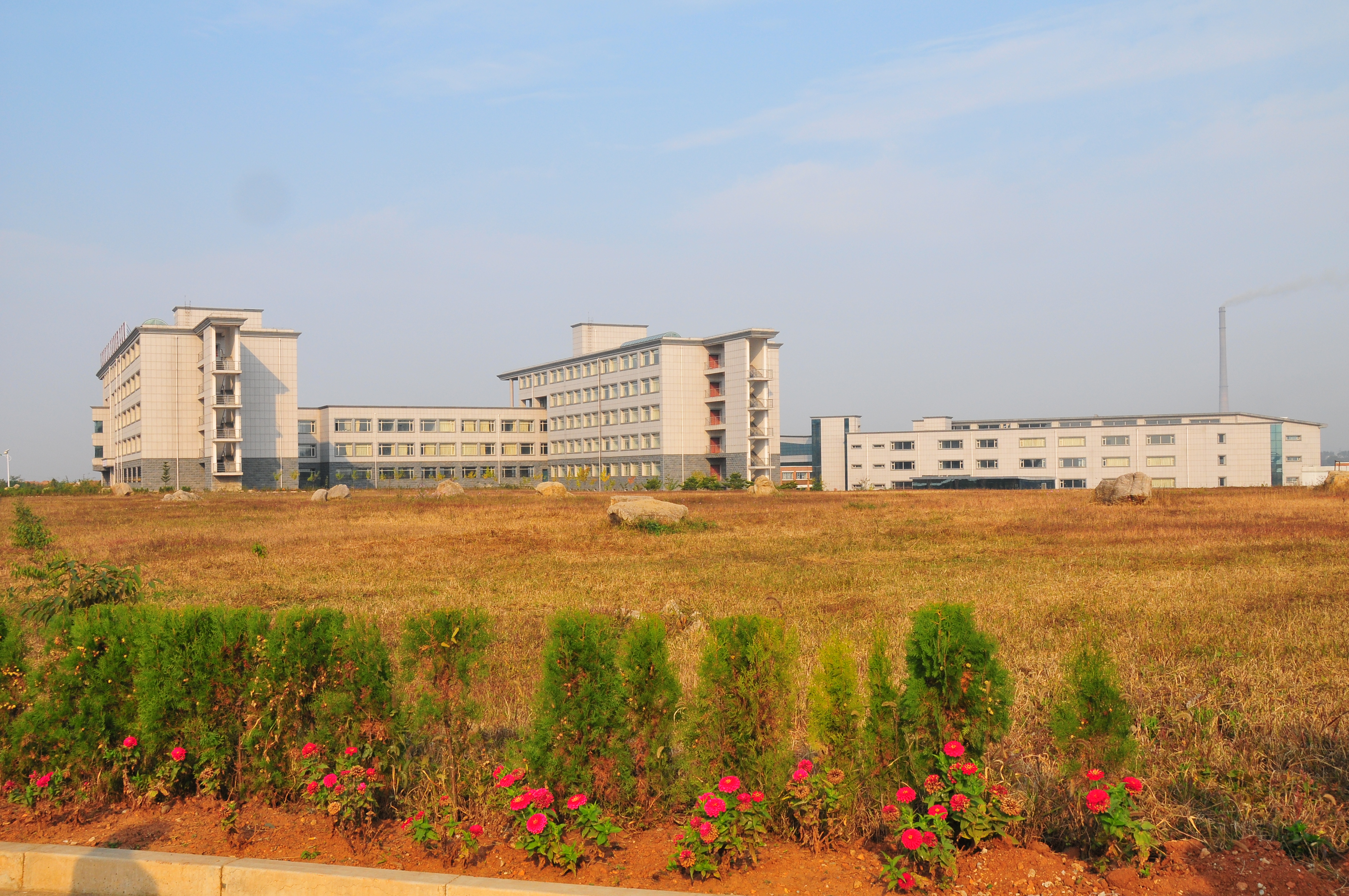 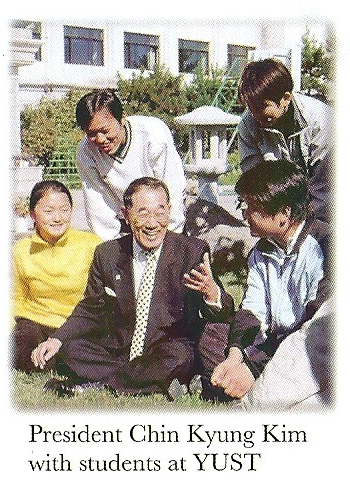 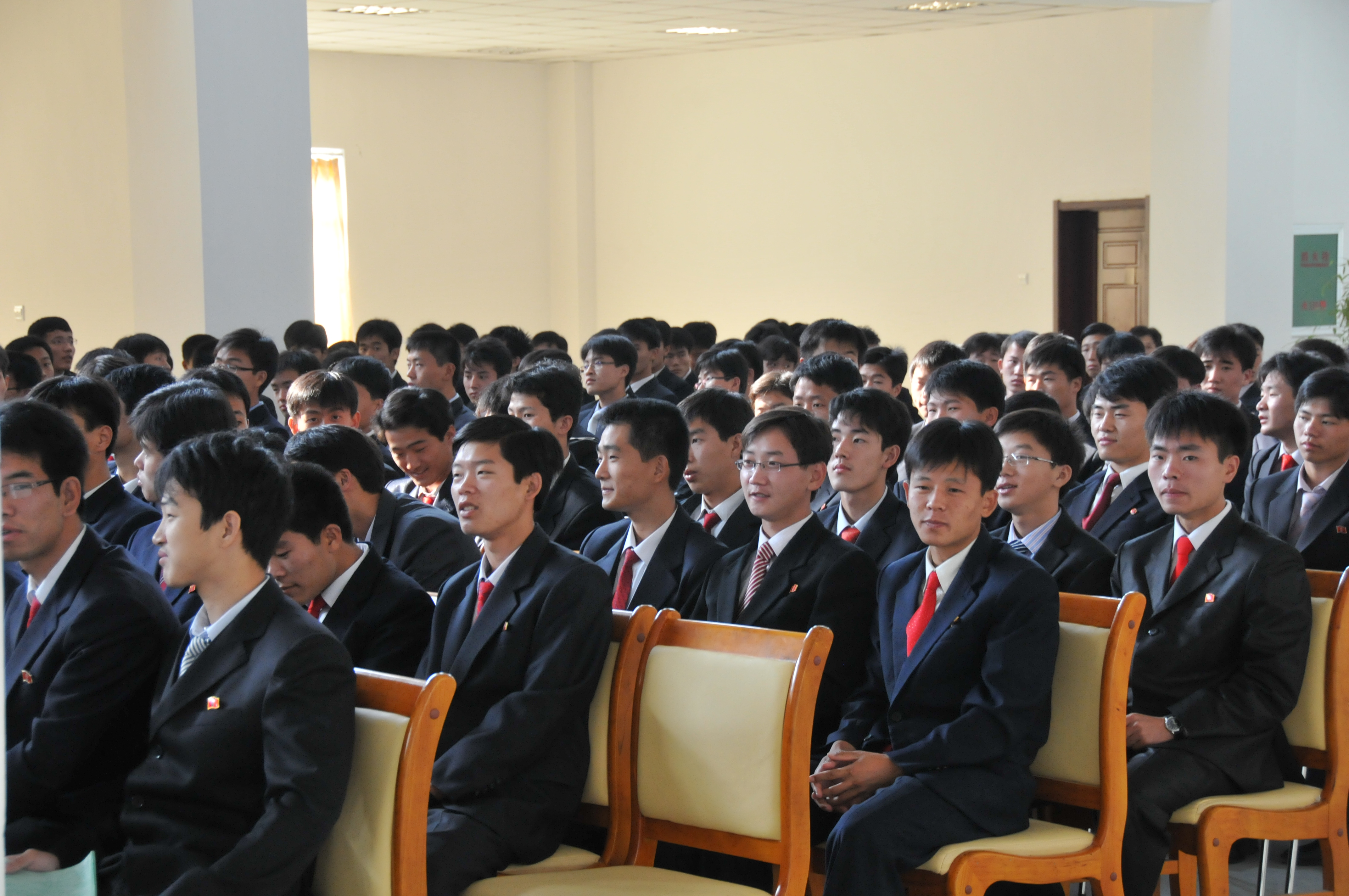 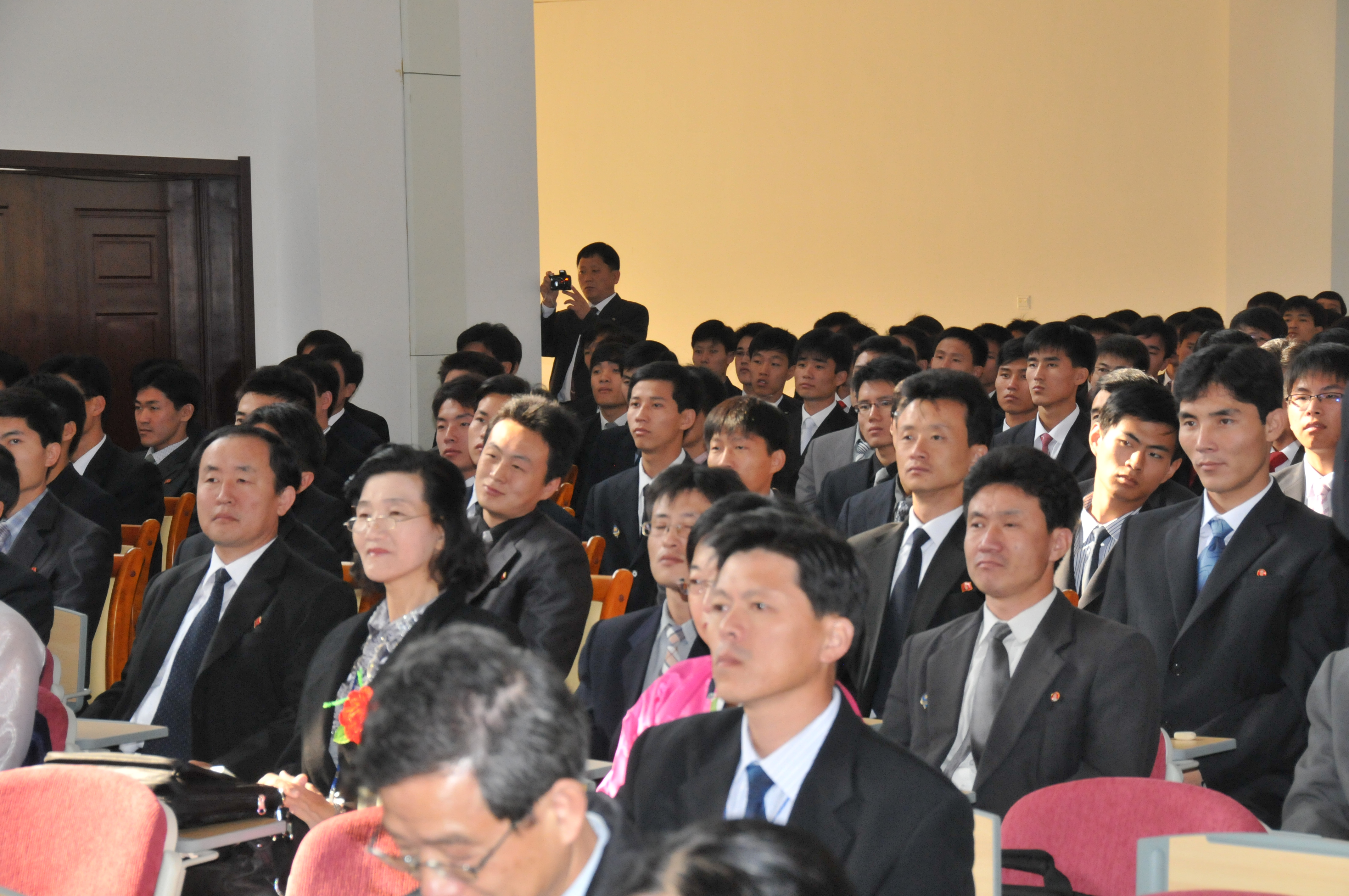 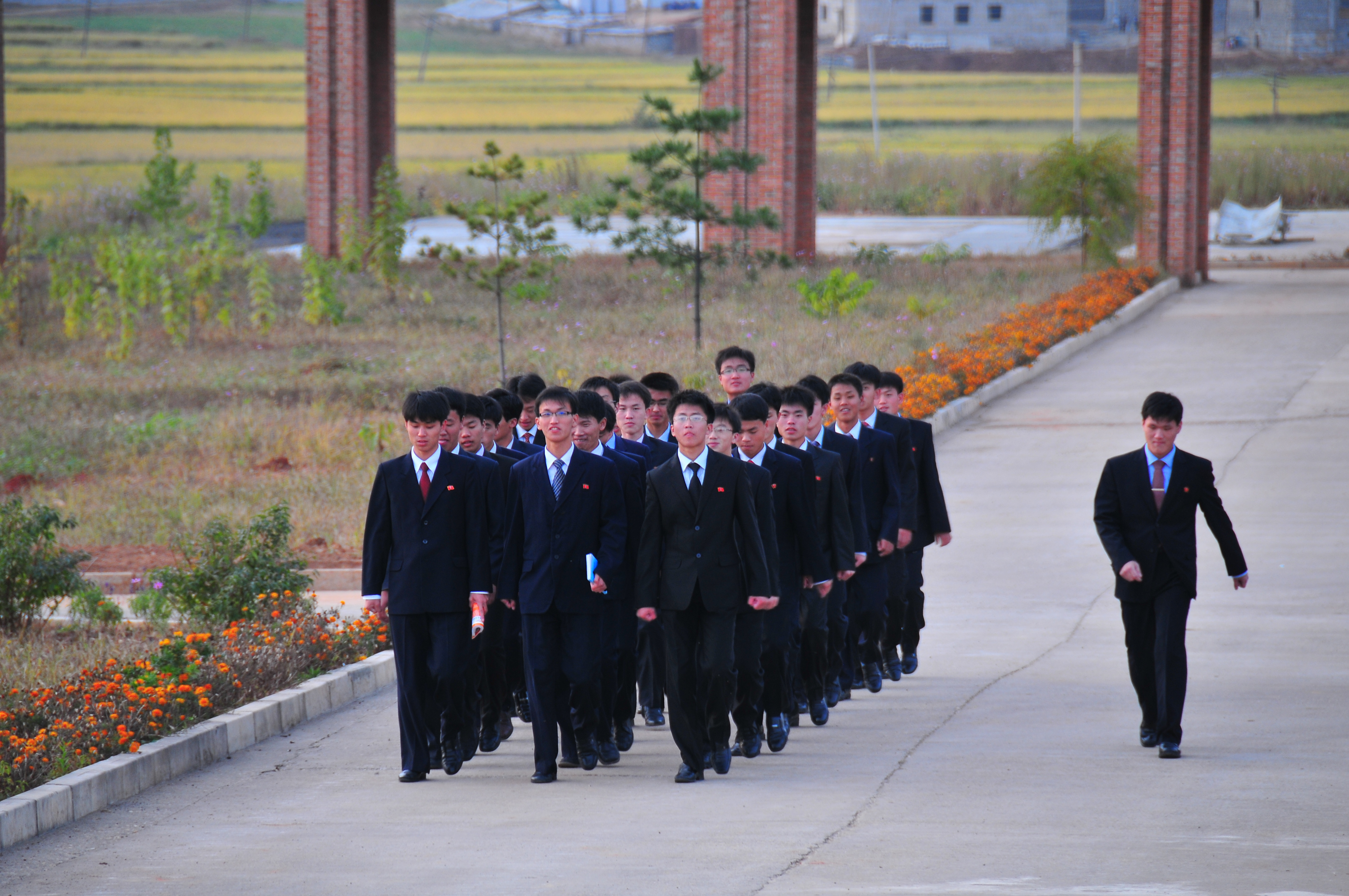 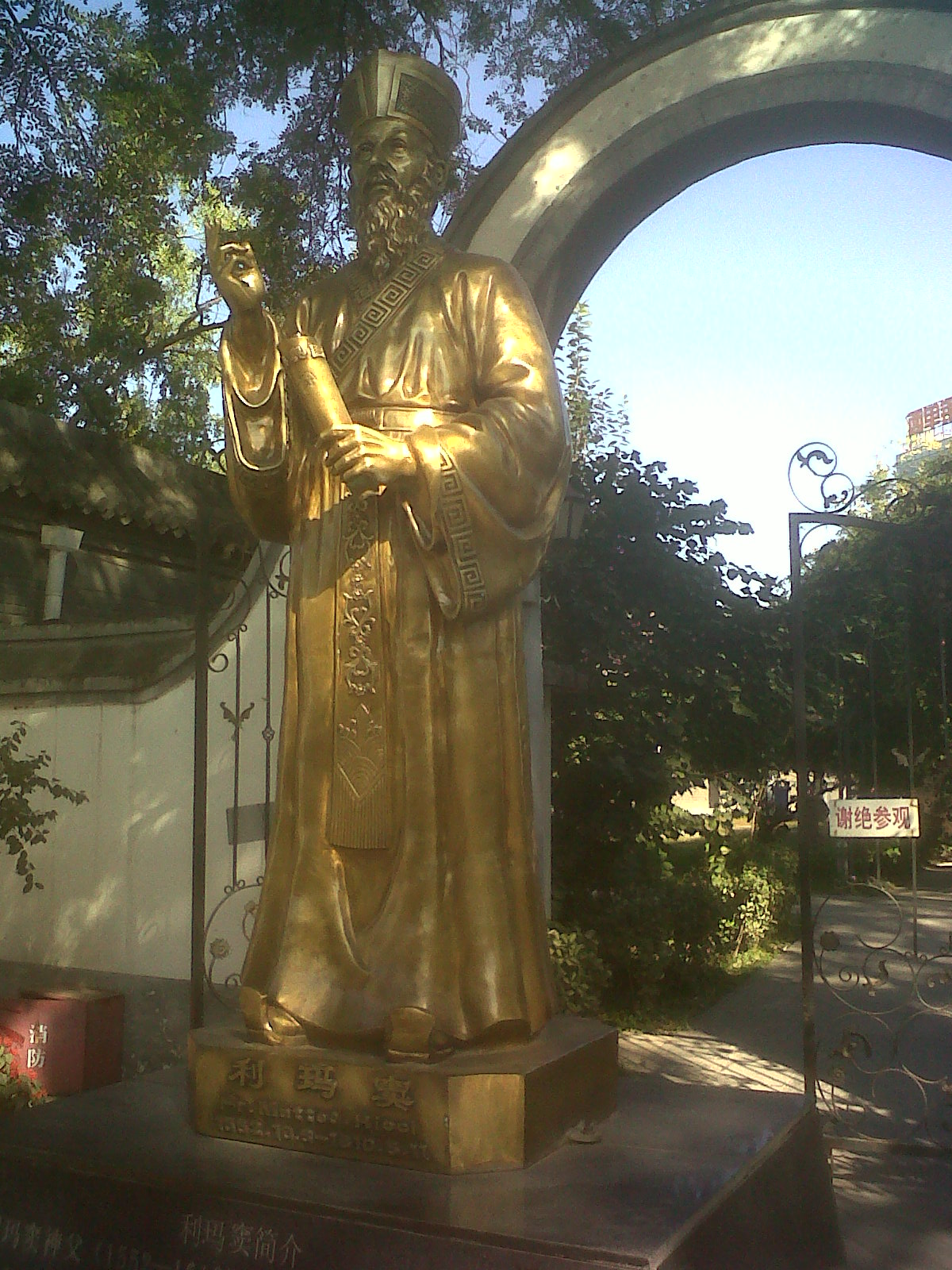 Pyongyang’s First International Conference on Science and Technology: and the remarkable story of Dr.James Kim and the Genesis of PUST. 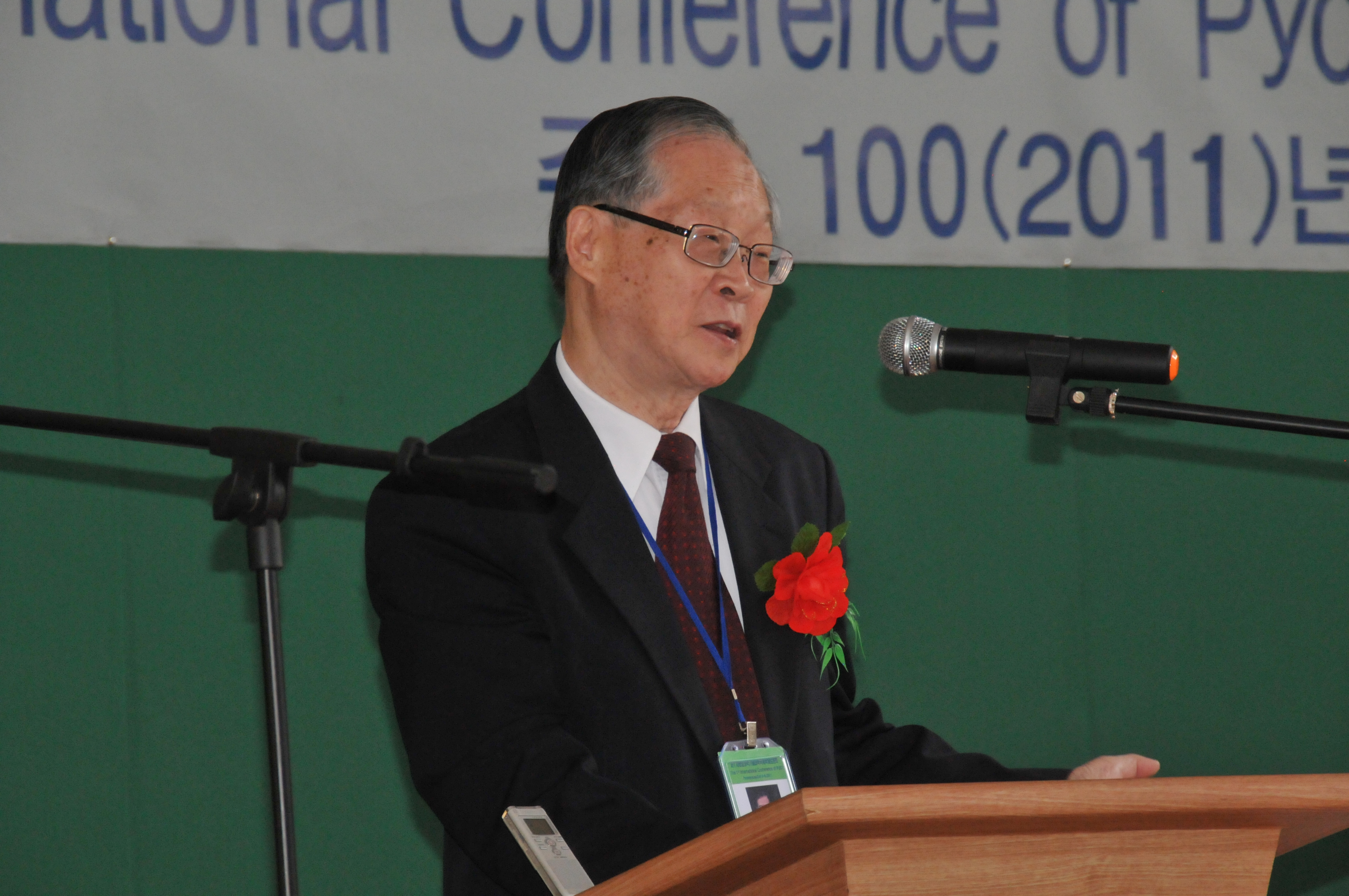 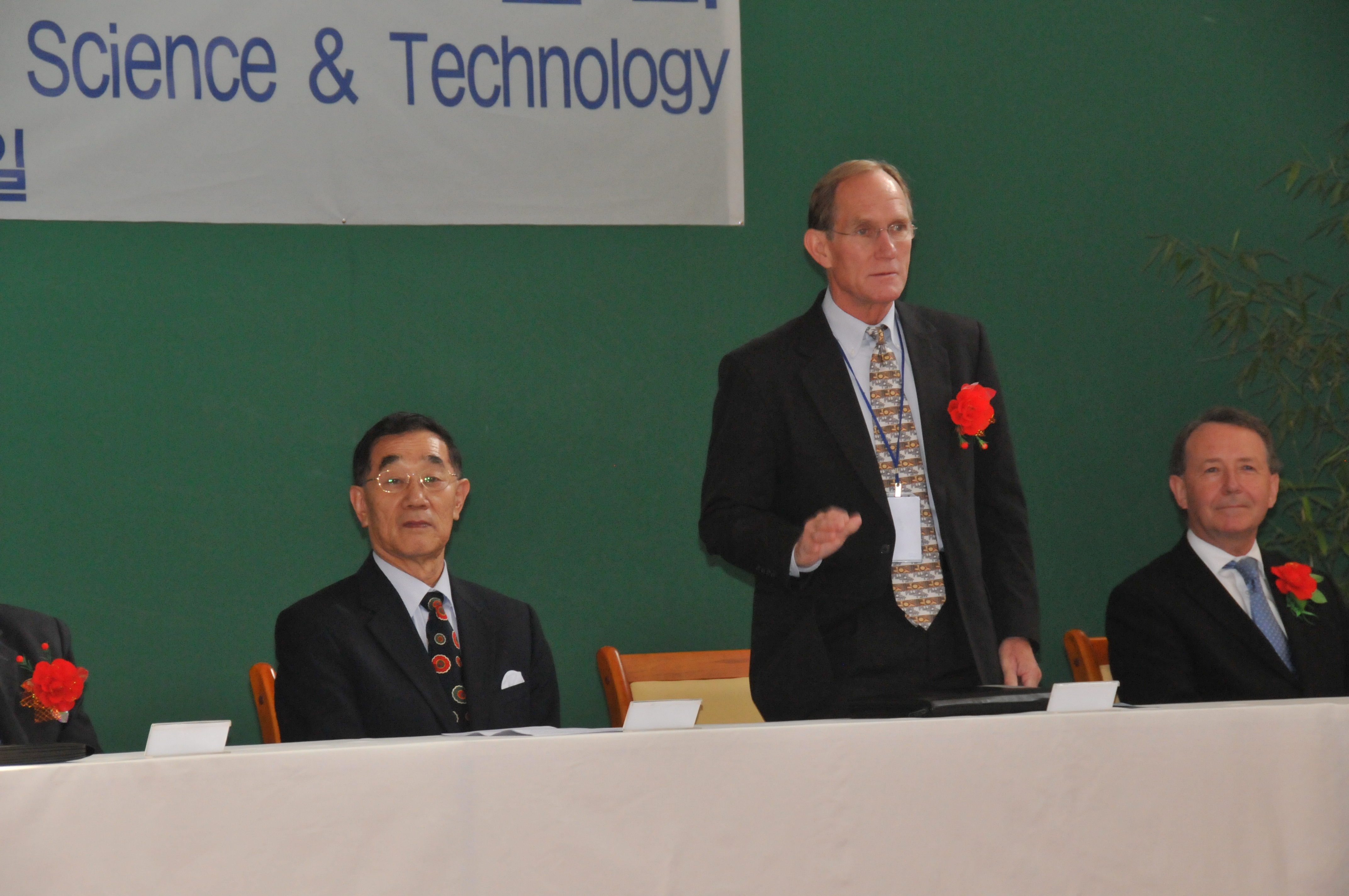 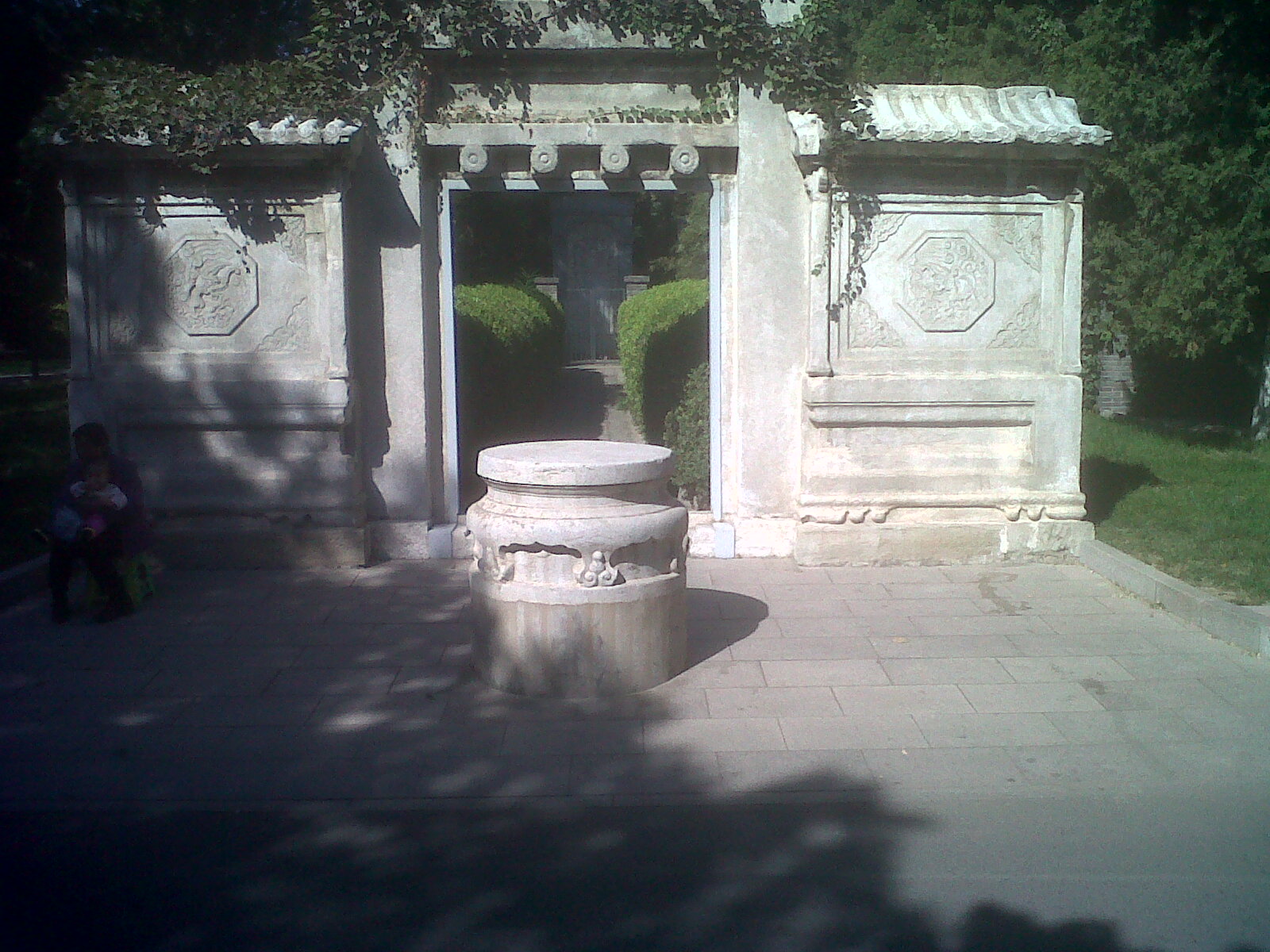 One night on the battle- field, after reading the Gospel of St.John, “There and then I vowed to God to work with the Chinese and the North Koreans, then our enemies” – the very forces against whom he had been bearing arms “If I survived the war I promised God that I would devote my life to their service, to peace and to reconciliation.”

After the War, penniless, he travelled first to France, landing in Marseille, and then on to Switzerland, where he met Francis Shaeffer (who would write the highly influential “Whatever Happened to The Human Race?”) and, in 1960, to Britain, where he studied at Bristol’s Clifton Theological College.
Later, he returned to Seoul and, in 1976, began a series of business enterprises in Florida. But he never forgot his vow – a promise which he kept hidden in his heart – and, in the 1980s, he sold his businesses and home to finance a university college in South Korea.  By1992 he was ready to export his model of education to China. Yanbian University of Science of Technology, in Yanji, north eastern China, became the country’s first foreign joint-venture university.

It, in turn, became the model for Pyongyang.

Dr. Kim Is Sentenced To Death and Pleads For No Revenge

Before that could happen, Dr. Kim would be arrested by Kim Jong Il’s North Korean Government  – accused of being an American spy – and for 40 days he would languish in jail. He was sentenced to death.

Ordered to write a will – and, in keeping with his vow to give everything back to his country – he told his captors that once they had executed him they could have his body parts for medical research.
In his will and testament he wrote to the US Government that “I died doing things I love at my own will. Revenge will only bring more revenge and it will be an endless cycle of bitter hatred. Today, it will stop here and the hate will not see a victory. I am dying “for the love of my country and my people.” If you take any actions for my death then my death would truly have been for nothing and for no reason.”
In explaining what then occurred, James Kim told me that “The North Korean Government was moved and allowed me to return to my home in China.” He made no public complaints about what had happened and “two years later they invited me back to North Korea and asked whether I would forget our differences and build a university for them like the one I had established in China.”
He said yes, but with certain conditions. He was to choose the site of the university; be given the title of the land; be allowed to bring foreign professors to teach; and be authorised to establish a research and development centre.
PUST and the Memory of Robert Thomas, a Welsh Martyr, and St.Andrew Kim
His stipulations were all met and by a strange serendipity, or maybe Providence, the site he chose proved to have extraordinary significance. It was on this site that a  young 29-year-old Welshman,  Robert Jermain Thomas, born in Rhayadar South Wales in 1839, was martyred and a church was later built on the site to commemorate his memory.
In 1865 Thomas met two Korean traders who told him that there were about 50,000 Catholic in Korea, and who had received the Christian message and baptism from other Koreans who had travelled to China in the eighteenth century. They had formed a number of house churches and had suffered terrible persecution.  In 1846 the first Korean priest, St.Andrew Kim, had been executed, proclaiming, as he died, “This is my last hour of life, listen to me attentively: if I have held communication with foreigners, it has been for my religion and for my God. It is for Him that I die. My immortal life is on the point of beginning. Become Christians if you wish to be happy after death, because God has eternal chastisements in store for those who have refused to know Him.”
Funded by the Scottish Bible Society Robert Thomas decided to take bibles to the beleaguered Catholic community.  He handed out more than 500 but was captured and beheaded.
Having picked up the last of Thomas’s bibles, the executioner reflected, repented and  became a Christian. His son would become an Elder and a Presbyterian church – the Thomas Memorial Church – was built on the site where Thomas had been beheaded.  The church was destroyed by the Japanese during their occupation of Korea. It is the site where PUST now stands. Dr. Kim believes it is “the hand of God bringing two histories together.”
Deepening The Experience of Reconciliation and The Role of Education
Dr. Kim believes his own experience is evidence that the North Korean regime “can be touched and messages can be communicated at some level. On a much grander scale we need to deepen the experience of reconciliation.”
Through education – which “has the power to transcend nationalistic boundaries and promote cross-cultural understanding and respect” – James Kim believes the situation can ultimately be transformed. The results will be durable and long lasting but will not happen overnight and “peace comes with a price.”  At the opening ceremony of this month’s International conference Dr. Kim added that “Without paying a price there is no peace. However, once that price has been paid it will, in turn, give us peace.”  It might be added that the development of PUST has cost $40 million – with significant debts outstanding and running costs of around $2,500 every day. The human cost to James Kim and his family in securing these funds has been colossal.
Peace Comes With A Price: Touching the Heart of North Korea
Dr. Kim hopes that we in the west will sponsor individual students though their three year courses (about £2500 per year) and support the teachers.
Undaunted by the challenge which this enterprise has entailed, Dr. Kim asserts that an approach based on patient love “is the only thing that can touch the heart of souls in North Korea. There is nothing that won’t change or be inspired by it.”
A friend of his from childhood says of this remarkable man: “Since our boyhood days, he carried an overpowering aura of righteousness and optimism that is incomparable to anyone else I know. He is neither foolish nor naïve but rather shrewd, precise, resourceful and witty. His appetite and thirst are generated from his ideals and sense of justice.”

What Dr. Kim and his university represents should not in any way be under-estimated. They are symbolic of the incremental change which the country’s leaders recently promulgated  – change which places the characteristics of “a prosperous future” and “a dignified future” before military might.

North Korea is gradually accepting that neither its neighbours nor western nations have territorial ambitions against it and that the maintenance of the worlds’ fourth largest army – one million men under arms – and the development of weapons of mass destruction – have drained away precious resources which could have been better used on economic and social development.

A Unique Institution: a Flagship for North Korea

PUST is unique in a country notorious for the rigid control exercised by the State. Situated on 248 acres of land in southern Pyongyang’s Rakrang district, PUST’s well-appointed campus has its first compliment of around 300 students and has accommodation for 2000. Students live on the campus and as well as being taught in English are encouraged to learn conversational English. Some have already reached an admirably high standard. Remarkably, too, PUST has remained open while every other university in the country has been closed this year and students told to toil on the land or on building projects in preparation for the 100th anniversary of the birth of Kim Il Sung in 2012.

PUST has clearly been embraced as a flagship by the country’s leadership. It remain the country’s first and only  privately funded international institution, with a small cohort of academic staff drawn from Europe, China and North America, openly promoting a strategy for enabling North Korea’s citizens to engage successfully in the world economy and global society.  One of their Associate Directors, Professor Colin McCulloch, is a Cambridge educated scientist from the UK.
PUST’s small corps of teachers, who include young men and women from England, along with Chinese, Canadians and American Koreans, are committed to ushering in North Korea’s “information age”, providing English language studies which will link its coming generation to global society.  Like those who participated in the first International Conference – and who waived their fees and resourced their own travel – they are giving their services for little or no recompense. This is selfless and altruistic –Dr.Kim’s idea of love in action.

A Window On The World and A Window For The World: Generation Next.

For the future, PUST’s development plan includes a research and design capability, the creation of a Pyongyang Techno-park to incubate inventions and ideas, and a straight-forward repudiation of what James Kim calls “mass production education.”  PUST is helping to prepare tomorrow’s Korean leaders for the world in which they will live : generation next.

In North Korea we need a variety of confidence building measures which painstakingly and patiently help North Korea to take its place as a welcome member of the world community – and Pyongyang’s University of Science and Technology is a welcome harbinger of what that world might look like.

On August 25th of this year Dr. Kim had honorary citizenship conferred on him “for his extraordinary contribution to the nation’s prosperity.”  Quite a turnaround from the death sentence conferred upon him earlier. Reminiscent, too, of the honour conferred on Matteo Ricci by the Chinese 400 years ago. This was the first time ever that a foreigner has been awarded honorary citizenship.  His certificate has been numbered 001.

A Historic Opportunity Which Mustn’t Be Squandered

Conscious of the historic opportunity which PUST represents, Dr. Kim opened the PUST International Conference by remarking that “This is a time when science can make a great difference to the future of the world’s people. Through advanced science, great breakthroughs in technology, medicine, engineering and agriculture we are overcoming past obstacles to develop economic and political stability.”

He urged participants to “tell about the eagerness and hope for the future among the young people here. Tell about the great talent, about the bright enthusiastic students studying here and who will be among the leaders for tomorrow. If we outsiders demonstrate our own peaceful ways, it will make it easy for the people of the DPRK to reciprocate these peaceful efforts.”

Here, then, is a good news story from North Korea and one which does, indeed, deserve to be more widely known.  One thing is abundantly clear to me. If we are reluctant to support this initiative and, through lack of resources, allow it to fail, it will represent a colossal mistake and a betrayal of a man whose vision should inspire us all.

David Alton – Lord Alton of Liverpool – is Chairman of the British-North Korea All Party Group in the British Parliament.