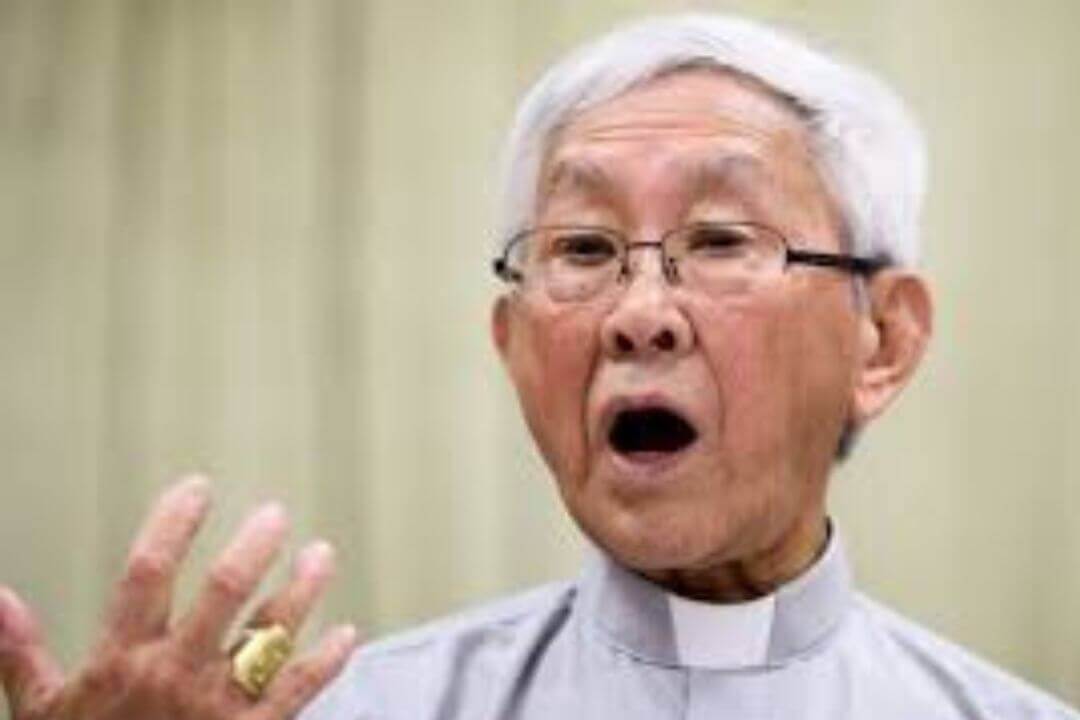 As Hong Kong puts the bishop on trial, Francis still offers no support.

https://www.wsj.com/articles/the-pope-abandons-his-own-francis-cardinal-joseph-zen-hong-kong-trial-democracy-sino-vatican-accord-prison-11663616756It was a Saturday morning in July 1997, one week after Hong Kong was handed back to China. Cardinal Joseph Zen was waiting inside the Catholic Cathedral of the Immaculate Conception, all smiles. He was there to baptize his friend and the founder of Apple Daily, Jimmy Lai. I was there as Jimmy’s godfather.

We were a happy little band that day. But today, 25 years later, Jimmy has been imprisoned. And 90-year old Cardinal Zen, who was arrested in May by national-security police, is about to be put on trial.

The trial of the cardinal and five others involved with the now-defunct 612 Humanitarian Relief Fund was supposed to start Monday but was postponed until at least Wednesday because the judge came down with Covid. The 612 fund was set up to help pay legal costs for those arrested in the 2019-20 pro-democracy demonstrations. Prosecutors claim the fund wasn’t registered properly under Hong Kong’s Societies Ordinance — a law frequently used against triads, or secret societies. Conviction carries a fine of about $1,300.

One question is whether the authorities will be satisfied with a fine. Originally the defendants were arrested for collusion with foreign forces, which can carry a life sentence. A guilty finding would feed a narrative that these people were fundraising illegally to undermine China.The trial comes at an awkward time for the Vatican because its 2018 deal with China is now up for renewal. Will Pope Francis go ahead even as China puts his cardinal on trial on a patently ridiculous charge?

Cardinal Zen is being tried alongside Margaret Ng, a prominent former legislator; scholar Hui Po-keung; Cyd Ho, a former legislator; Sze Ching-wee, the 612 Fund secretary; and Denise Ho, a popular singer and gay-rights activist. They too have their champions. But not, alas, in Rome. “The Holy See has learned with concern the news of Cardinal Zen’s arrest and is following the development of the situation with extreme attention” was the Vatican’s only official comment.

The Vatican architect of the still-secret deal with Beijing, Cardinal Secretary of State Pietro Parolin, professed his “closeness” to his fellow cardinal — before revealing his true priorities. “The most concrete hope,” he said, “is that initiatives such as this one will not complicate the already complex and not simple path of dialogue.”Just two years ago Cardinal Zen, who grew up in Shanghai, flew to Rome in a desperate attempt to get the Holy Father to reconsider his China deal. But a pope who always seems to have time for private audiences with celebrities such as Leonardo DiCaprio refused to meet a cardinal with long firsthand experience of Chinese communism. Cardinal Gerhard Muller noted that no senior Vatican official had offered an expression of solidarity or a prayer initiative for Cardinal Zen at last month’s gathering of cardinals in Rome.

On a return flight from Kazakhstan Thursday, the pope suggested this is no accident. When a reporter asked about Cardinal Zen, the pope offered not a word of support, noting only that the cardinal “says what he feels” despite knowing there are “limitations.” The pope declined to even say China was undemocratic. All that was missing was a cock crowing in the background.

By contrast, Joe Biden’s press secretary said the president calls for the immediate release of “those who have been unjustly detained and charged, like Cardinal Joseph Zen.” Likewise, House Speaker Nancy Pelosi condemned the cardinal’s arrest in a Washington Post op-ed, where she also called him “the embodiment of moral fortitude” and highlighted his opposition to the Sino-Vatican deal.

What would it take to admit the deal was a mistake? The brutal persecution of the Muslim Uyghurs? Beijing’s increasingly aggressive push to Sinicize the Catholic faith by making it serve the Chinese Communist Party? If a show trial for a cardinal doesn’t do it, what would?The assurance that Vatican diplomats are working on it is scant consolation. The last thing Cardinal Zen wants is a deal that gives him preferential treatment. Or, worse, one that guarantees his own freedom in exchange for renewal of a Sino-Vatican accord he regards as a calamity for the Chinese people.

Cardinal Zen is no stranger to Hong Kong’s prisons. He visits inmates regularly. If ultimately prison were to be his fate, this good shepherd would regard it as a great gift, to suffer right alongside his sheep.
“Martyrdom is normal in our church,” he said after his arrest. “We may not have to do that, but we may have to bear some pain and steel ourselves for our loyalty to our faith.”

Plainly, the Communist Party of China and local Hong Kong authorities don’t know what to do with such a man. Sadly, neither does Pope Francis