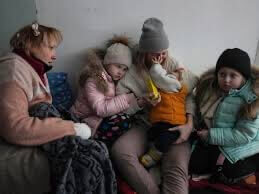 Thank you for your correspondence of 16 September to the Foreign Secretary, about abductions and forcible transfer of Ukrainian children to Russia. I am replying as Minister for Europe.

The UK Government shares your deep concern at reports of large-scale deportations of Ukrainian civilians, including children, to Russia.

The UK, together with international partners, has supported accountability mechanisms in response to Russia’s human rights violations and violations of international law in Ukraine. Along with 45 other OSCE participating States, the UK supported invocation of the second Moscow Mechanism report.

The report concluded that large-scale deportations of Ukrainian civilians to Russia are taking place, many of them as part of Russia’s so-called filtration operations. During such operations, those deemed a threat are often deported without their consent to Russia or held indefinitely in detention centres.

We are unable to verify the exact number of Ukrainian civilians forcibly deported to Russia, due to lack of access by international human rights and humanitarian organisations. In addition, the UK, alongside international partners, is assisting Ukraine’s domestic investigation into war crimes, and the International Criminal Court investigation.

We have called on Russia to ensure that international human rights and humanitarian organisations, including the UN, have unhindered, timely, unrestricted and safe access to persons who have been transferred from Ukraine and are held on the territory of the Russian Federation. This included supporting a Special Session of the Human Rights Council on 12 May 2022 on the deteriorating human rights situation in Ukraine stemming from the Russian aggression, and co-sponsoring the resolution which urged Russia to provide access. However, as the Moscow Mechanism report noted, Russia has so far failed to comply with this request.

On 16 June, the UK also announced a wave of sanctions, including against the Russian Children’s Rights Commissioner Maria Lvova-Belova for her alleged involvement in the forced transfer and adoption of Ukrainian children.

Yours ever,
Leo Docherty MP Minister of State for Europe