Putin’s War – The Economist and Wall Street Journal on why the West mustn’t cave in to Putin’s blackmail. 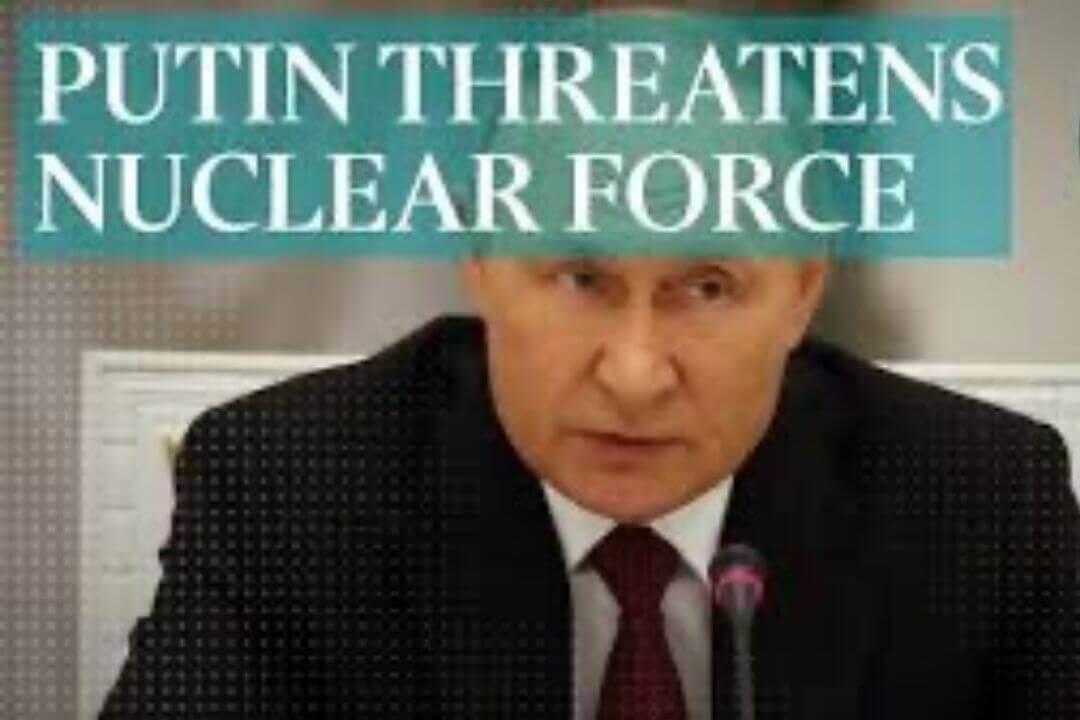 The Economist-Editors: “Mr Putin is doubling down on his disastrous war. However, the stridency of his oratory suggests panic instead of power. Mr Putin’s blundering on the battlefield has caused the first cracks in his aura of undisputed command in Russia. Although tv broadcasts constantly lie about the war and alternative voices are muzzled, the reality in Ukraine is now so different from the fantasy beamed into Russian living rooms that it is hard for Mr Putin to keep his story straight. That may be why his information war is weakening abroad, too… It will be months before Mr Putin’s “partial mobilisation” makes a big difference in the field. That gives Ukraine a window of opportunity. Its Western backers should step up the supply of arms, including longer-range missiles. The best nato weapons must not be used to attack Russia itself, but the parts of Ukraine that Russia is about to annex illegally should not be off-limits. The West should also train more Ukrainian soldiers. The country has plenty of highly motivated would-be defenders, but so far only Britain is offering basic training to large numbers. Other nato members should immediately pitch in, perhaps dividing the labour so that one ally focuses on air defence, another on artillery and so forth. The more of its land Ukraine can claw back before Russian reinforcements arrive, the stronger its position will be. When Mr Putin invaded Ukraine, he thought it would fold. It did not. Now he hopes that its Western backers, lacking the heart for a long struggle, will cut arms shipments and press Ukraine to sue for peace. They must not. Mr Putin is trying to show strength because he is weakened and the Russian people are beginning to sense it. Ukraine must maintain the momentum on the battlefield. Peace will come when Russian citizens grasp that Mr Putin is losing and cannot win.” Vladimir Putin vows to send more invaders. The West should arm Ukraine faster | The Economist

The Wall Street Journal-Editorial Board: “Mr. Putin also renewed his threat from earlier in the war to use nuclear weapons. The Kremlin is underscoring the threat by preparing to hold rushed referenda on whether four occupied regions in Ukraine should join the Russian Federation—Donetsk, Luhansk, Kherson and Zaporizhzhia. Russia annexed Crimea in 2014 with a similar referendum. Mr. Putin uses these rigged votes to lend a veneer of legitimacy to his land grabs in Ukraine. Mr. Putin’s implicit threat is that, if Ukraine continues to reclaim these territories, he will be justified in using a tactical nuke to defend what will now be the Russian homeland. The referenda will no doubt prevail because millions of pro-Ukraine voters have fled since Russia’s invasion in 2014 and again this year. But no one other than Russia’s global toadies will recognize the votes as legitimate… An early truce is also less likely the more the world learns about Russian atrocities in areas it occupied that are liberated by Ukraine… Ukrainians are justified in demanding war crime tribunals…A truce is possible if Russia abandons its invasion and cedes the territory it has taken. Short of that, this is a moment to accelerate arms deliveries to Ukraine, including tanks, fighter jets, and the longer-range ATACMS missiles. This is the fastest route to persuading Mr. Putin that his invasion has failed and he needs to cut his losses.”