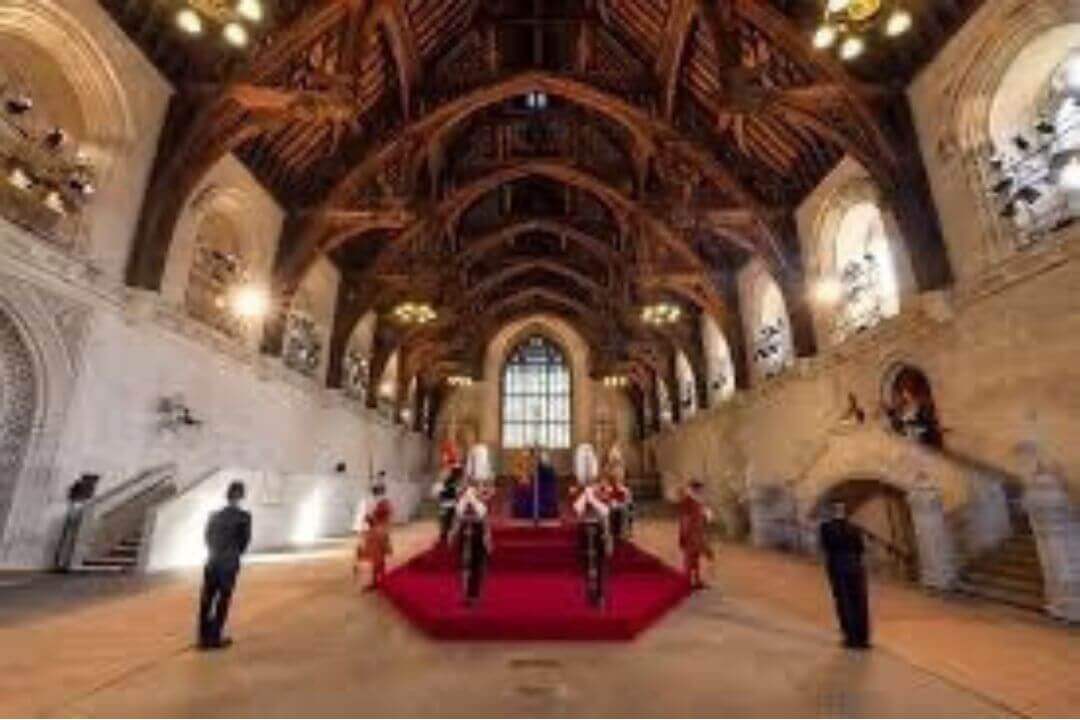 It is a terrible pity that, at a time of nationwide mourning, Foreign Office officials should have made such a divisive, inept, and deeply offensive decision.

It is a bad decision because it is an affront to Parliamentary democracy and inter-alia, the Crown .

It’s a bad decision because it is full of inconsistencies and illogicalities.

It’s a bad decision because it puts the King, the Prime Minister, the Speaker and Lord Speaker in a wholly avoidable and invidious position .

And most importantly of all it’s a bad decision because it is an affront to all those who suffer at the hands of the CCP.

Think about that for a moment

Sitting in Westminster Abbey would either be the man – or his CCP representative – whose regime has been accused by the Prime Minister of Genocide against Muslim Uyghurs in Xinjiang, the destruction of Buddhism in Tibet and the persecution of the Dalai Lama, the incarceration of persecuted Catholic and Protestant Christians and that has arrested the 90 year old former Cardinal Archbishop of Hong Kong, of atrocities including forced organ harvesting of Falun Gong practitioners and which every day beats the drums of war against Taiwan.

And this is the regime that boasts of its unbreakable affinity with Putin’s Russia and Kim’s North Korea.

Unpack the badness and flat footedness of this decision.

First, all ours duties as British Parliamentarians are exercised under the Royal Prerogative and granted with the Privilege of free unimpeded speech. We take oaths of allegiance to the monarch as constitutional head of State.

As Mr.Speaker and the Lord Speaker recognise, the imposition of sanctions by the Chinese Communist dictatorship on Parliamentarians who have exercised free speech is a direct attack on Parliamentary democracy and an affront to the Crown. The presence of CCP spies and agents on the Parliamentary Estate simply underlines the malign campaign to subvert our democracy.

For that reason alone, I believe the invitation should never have been issued.

But beyond the assault on Parliamentary democracy and individual MPs, Peers and their families, this is a regime which incarcerates and persecutes its own people, destroys the freedoms of Hong Kong and threatens war against Taiwan. It stands accused by Liz Truss of Genocide against one million Uyghur Muslims held in concentration camps. It has ruthlessly and brutally subjugated Tibet.

The CCP has committed heinous violations of human rights- think of the courageous citizen-journalist and lawyer, Zhang Zhan, festering in a CCP prison for seeking the truth of the origins of Covid 19 in Wuhan.

The Foreign Office has banned Russia, Belarus, and Myanmar from attending the Queen’s funeral. So where is the logic in putting out a red carpet to the CCP? This is the same mentality which promoted the “golden age” of naïve dependency where personal gain became more important than security or humanity.

It was here too a few weeks ago that the Abbey led a service of remembrance with the All Party Parliamentary Group on Tibet, under the chairmanship of Tim Loughton MP, to mark more than six decades of cruelty and CCP repression.

I hope that as the regime’s representatives enter Westminster Abbey they will look at the statues above the doors on the western wall. They include Pastor Wang Zhiming who was executed by the CCP in the Cultural Revolution and the Orthodox Saint (Grand Duchess) Elizabeth of Russia, who was Prince Philip, the Duke of Edinburgh’s, Great Aunt.

It is intolerable that now as we mourn our beloved Monarch – “the defender of the faith” – and our parliamentary freedoms, we should be expected to do so in the company of those responsible for the destruction of the very things which she spent her whole life defending.