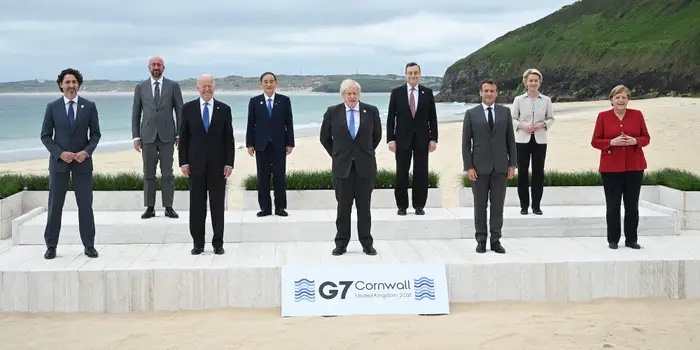 We write to you, as representatives of the world’s leading democracies gathering this year in Cornwall to help the world fight Covid-19 and then build back better and create a greener, more prosperous future.

While the Covid-19 pandemic has become one of the world’s biggest challenges in recent years, faced by all people everywhere, we cannot forget about other challenges and issues which require urgent and coordinated action.

Recent legal analyses suggest that the Uyghurs and other Muslim minorities in China are subject to genocide and crimes against humanity. The reported atrocities against these communities include killings, torture, inhuman or degrading treatment or punishment, physical and mental abuse, rape and sexual violence, enforced disappearance, forced incarceration in camps, human trafficking, forced labour, forced abortions and forced sterilisations, removal of children to another groups, and much more.

Despite the ever-growing evidence of the atrocities, the response from the international community continues to be inadequate. Only a few States have condemned the atrocities. Even fewer States imposed sanctions against those most responsible. A few have banned certain products from China that may be produced by forced labour from these communities. However, responses to genocide cannot be the responsibility of a few, but instead require a coordinated effort by like-minded governments acting together. The international community must work together to address this crisis and end this crime that seeks the annihilation of a group, in whole or in part.

The inaction thus far is a result of States prioritising other interests, including economic interests, over human rights and their duties to protect communities from such atrocities as genocide. However, we should not have to choose between economic interests and human rights, or indeed, economic interests and the existence of religious minority groups. If we are faced with such a choice, it means that the current international rules-based order is not functioning. If we are to build back better, we need to address this flaw that prevents the realisation of human rights for all, and accommodates inaction in the face of such atrocities as genocide.

We call upon you to ensure that as we build back better, this effort includes the protection of human rights and human dignity for all, as aided by the enforcement of international treaty obligations, including the duties to prevent and punish the crime of genocide, and values that are not to be jeopardised because of economic or other interests.

We call upon you to stand in solidarity with Uyghurs and other Muslim minorities in China, condemn the atrocities and work towards comprehensive responses, including investigating and prosecuting the crimes, assisting the survivors and protecting them from future atrocities.