In describing the courageous Jimmy Lai as a contemporary “man for all seasons” – the Wall Street Journal says that ” When a billionaire becomes a dissident, the takeover of Hong Kong is complete”. Hong Kong Free Press carries a defence of free speech and press freedom – History tells us that regimes die from their own poison after gagging the press. 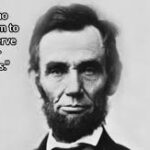 When a frightened regime has to crush the media, and even has to arrest participants over a candlelit vigil, it tells you all you need to know. But history teaches us that such regimes ultimately die from their own poison. Courageous people like Jimmy Lai, whom I have met, are the antidote to that poison.

This week, the Hong Kong administration has yet again used the new national security law to send shock waves across the world. Pro-democracy media tycoon Jimmy Lai has been arrested, along with six of his colleagues, and his Apple Daily newsroom has been raided.

Speaking on behalf of the UK’s All-Party Parliamentary Group (APPG) on Hong Kong, this move is a fundamental denial of press freedom that has been used to drive a stake into the very heart of Hong Kong’s freedoms and liberties. It must be counteracted by an immediate, proactive response from the free world.

The role of a free press in a democracy is taken for granted. You cannot have meaningful discussion or debate without the ability to ask tough questions and challenge the status quo. Even in a democracy as limited as Hong Kong’s was, a vibrant press has had a vital role in transmitting information both to the public without fear or favour and also to act as a channel of communication between the public and the politicians–keeping them informed, between elections, of public sentiment.

That the Hong Kong government wants to stifle dialogue between itself and the people for whom it supposedly works is deeply troubling.

Under the new offence of “collusion with foreign forces,” Hong Kong’s new security law, imposed by the Chinese Communist Party, is a clear attack on press freedom. Both Lai and his relatively unknown colleagues were arrested as a warning to fellow journalists: no matter your stature or position, you will be silenced. The arrest of this leading dissident voice, along with members of his family, is straight out of the Communist Party handbook, a favourite ploy of Mao and Stalin, designed to terrorise and engender fear.

The APPG on Hong Kong would like to present a counter argument.

Pro-democracy journalists in Hong Kong who are now fearing for their fundamental safety: know that the wider world supports you, recognises your bravery, and that this APPG will do all it can to offer you a safe home here in the UK when you cannot be safe in your home of Hong Kong.

The APPG on Hong Kong has recently published its inquiry report into human rights abuses during the protests in Hong Kong last year, in which we uncover the reality of the dangers journalists routinely face across the city at the hands of the Hong Kong administration.

I was hugely impressed by the outspoken honesty and candour of one of the inquiry’s key witnesses, Michael Cox, a journalist for the South China Morning Post, who explained: “On most occasions [the] police didn’t discriminate between protesters or the general public or press or first-aiders… the use of tear gas on these occasions seemed not to be to remove protesters from an area, but rather to create chaos, fear and resentment amongst residents…

“His testimony was supported by many others, including an anonymous medical professional, whose identity will be withheld, who said: “There were numerous instances where we had to run away with protesters because of sudden police charging with batons, often with indiscriminate shooting at civilians, journalists and medical personnel with less-lethal weapons at close ranges, and thus rendering us unable to provide care on the field.”

“At the police station, I was kept in a detention cell with eight other persons who had been arrested at the same time, including journalists and other voluntary first-aiders. We were given food and water but were denied the right to contact family members. After a total of 28 hours in custody, I was released on bail with the assistance of my lawyer. I have not been formally charged to date; however, my belongings (including all my first-aid equipment) are still being kept in police custody for further investigation.”

The arrests and gagging of journalists have occurred routinely over the past 16 months, but since the implementation of the national security law, these actions have intensified and now carry much graver punishments. Arrests made under the newly imposed national security law, like that of Jimmy Lai, hold a maximum sentence of life imprisonment.

All over the world, journalists and parliamentarians should be using their freedom to denounce the wrongful arrest of Jimmy Lai and that of so many others, and to explain what the crushing of free speech represents.

“Everyone has the right to freedom of opinion and expression; this right includes freedom to hold opinions without interference and to seek, receive and impart information and ideas through any media and regardless of frontiers”.

They should tell the story of Jimmy Lai and the Chinese Nobel Laureate Liu Xiaobo, who rightly insisted that “freedom of expression is the foundation of human rights, the source of humanity, and the mother of truth. To strangle freedom of speech is to trample on human rights, stifle humanity, and suppress truth.”

Also see this article from The Wall Street Journal:

Jimmy Lai, a Man for All Seasons

When a billionaire becomes a dissident, the takeover of Hong Kong is complete. 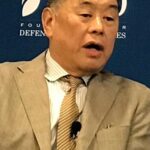