Will Genocide Victims Be Enabled To return To Their Ancient Homes?  Will the International Community and State Governments Fail Them yet Again?

Will Genocide Victims Be Enabled To return To Their Ancient Homes?  Will the International Community and State Governments Fail Them yet Again? 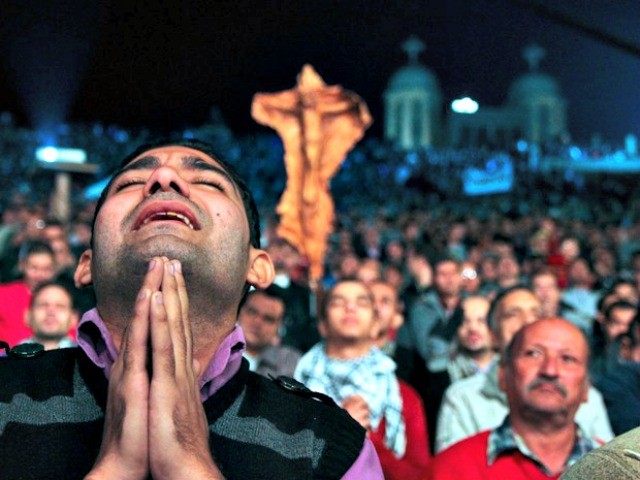 At a conference held this week in Rome, about the persecuted Christians driven out of their homes in northern Iraq in the ISIS campaign of genocide, the Vatican’s Secretary of State, Cardinal Pietro Parolin, warned that Iraq’s ancient Christian community is struggling for its very survival – and has made an urgent call for the rights of all minority groups to be respected.

The Nineveh Plains Reconstruction Conference considered practical steps that can be taken to allow these communities to return. What was really striking was the courageous faith and fortitude of those who have suffered so grievously. Those who have experienced their Good Friday are still full of Resurrection expectations as they seek to rebuild their lives in a region where they have lived as Christians for almost 2000 years – and where they pray in the Aramaic language – the language of Jesus.

The conference was organized by the charity Aid to the Church in Need (ACN). It brought together politicians, ambassadors, entrepreneurs and other parts of the international community seeking to enable the return of Christians to their ancient homelands.

Cardinal Parolin said that Pope Francis “From the outset, has followed with deep concern the tragedy of the thousands of families forced to abandon their own cities and villages due to the invasion of the so-called Islamic State, starting in June 2014…”

He praised the work undertaken by ACN  in providing shelter for fleeing families  “in the three years since the ISIS invasion, which has enabled the many uprooted Christian families to endure this situation with dignity and in security.”

And he said that the ACN “reconstruction project… is yet another sign of the concern you have shown, with a sense of urgency and with remarkable efficiency and organisation.”

Echoing Pope Francis, the Chaldean Patriarch Louis Raphael I Sako of Baghdad described the attacks by extremist Islamist groups on the Nineveh plain’s Christians as “genocide”.

Patriarch Sako said: “The real reason behind this kind of discrimination is the hatred of the radical Muslim persecutors towards the Christians, which has driven them to wipe away our heritage, destroy our homes and even to remove us from the memory of Iraqi history.”

The Patriarch’s five points echoed Cardinal Parolin’s call for social harmony so that all religious and ethnic groups in northern Iraq could live in peace.

In the week before the Rome Conference the United Nations Security Council unanimously passed a Resolution calling for those responsible for the genocide against minorities such as Christians and Yazidis to be brought to justice. See:

The UN SC Resolution is a significant step forward.  One practical problem, though, is that Iraq doesn’t have the concept of genocide in their domestic Statutes and it is doubtful whether it has enough qualified lawyers to be able to deal with cases of this kind – which is why  a referral to the International Criminal Court or a specially constituted Regional Tribunal would have been preferable.

During the Reconstruction Conference reference was made to the right, in international law, for these communities to return to their homes.

Article 12 of the International Covenant on Civil and Political Rights is also clear (Article 12 1. Everyone lawfully within the territory of a State shall, within that territory, have the right to liberty of movement and freedom to choose his residence…. No one shall be arbitrarily deprived of the right to enter his own country).

These Articles lay a duty on the international community – countries like the UK and US and the European Union) to facilitate reconstruction and return.  Aticle (44) of the Iraqi Constitution makes reference to the rights enjoyed by its own citizens under the UDHR and ICCP: “that all individuals have the right to enjoy the rights stated in international human rights agreements and treaties endorsed by Iraq that don’t run contrary to the principles and rules of this constitution.”

Despite Resolutions being passed in the US Congress, the British House of Commons, the European Parliament, and many other legislatures, State Governments  and the international community utterly failed to act and honour its commitments under the Genocide Convention to prevent and to protect and it is only now waking up to its duty to punish the perpetrators.

The right to return and to lead settled lives in their ancient towns and villages on the Nineveh Plain  was restated again and again at the Rome Conference – the question for State Governments and the international community is, will they fail these ancient communities yet again?